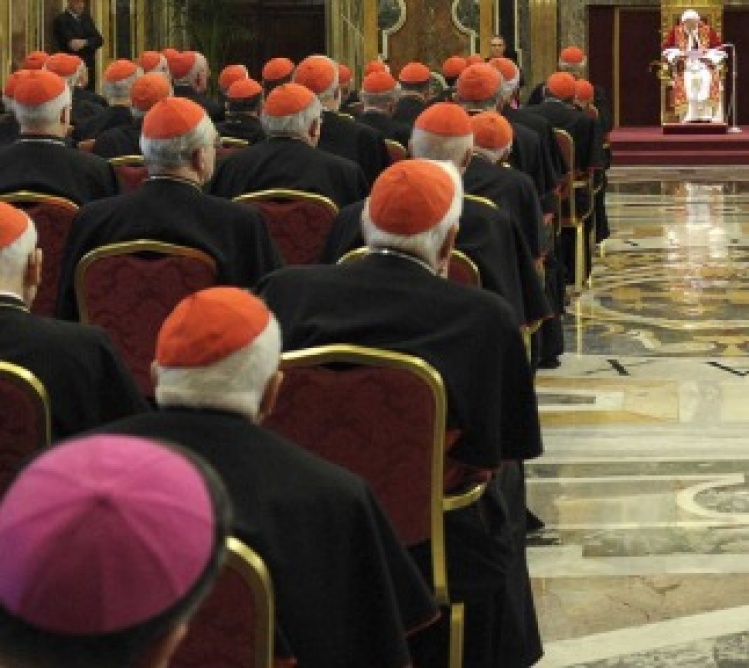 What do the Roman Catholic Church and the American political system have in common? Both are divided into factions that neither trust nor understand each other, and both confront a crisis of governance.

Divisions in the church are usually seen as mimicking those of secular politics. Conservatives or traditionalists are pitted against liberals or progressives. But Timothy Radcliffe, a Dominican friar and the former head of his order, suggests a more fruitful way to understand the Catholic split.

The conflict goes back to competing reactions to the reforms of the Second Vatican Council inaugurated in the 1960s by Pope John XXIII. The relevant camps -- Radcliffe describes them in his 2005 book, What Is the Point of Being a Christian? -- are the "Kingdom Catholics" and the "Communion Catholics."

The Kingdom Catholics, corresponding to those we usually call progressive, were "exhilarated by the council's embrace of modernity" and "see our church as primarily the People of God on pilgrimage towards the Kingdom."

"The Christ whom they cherished," he writes, "was the one who overthrew the boundaries between human beings, who touched lepers, reached out to foreigners and gathered us into the People of God." Theirs was "an outward-looking theology" that was "rooted in experience" and emphasized "liberation." The Kingdom Catholics look back to the council era as a time when "everything seemed possible."

The Communion Catholics view the same period quite differently -- as the equivalent of "ecclesiastical urban planning, tearing up our neighborhood." This group, in which Pope Benedict XVI is the leading figure, insists that the church "stand firm in the proclamation of our faith."

Radcliffe explains their skepticism of the Kingdom Catholics' attitude toward modern ideas: "If one embraces the language of modernity too uncritically, then we are likely to lose our identity and be absorbed without a trace. ... We must not let ourselves be assimilated to the world. We must not be afraid to underline what is distinctive about our faith, otherwise we will disappear."

While the Communion Catholics can fairly be seen as conservative, their views do not always conform to what most American conservatives believe. Benedict, for example, was tough on the injustices of capitalism, a view consistent with a traditionalist critique of modern materialism.

Radcliffe, who insists that the Kingdom and Communion Catholics actually need each other, would not pretend his categories cover all of the challenges facing the church. The pedophilia scandal has profoundly undermined the authority of the church's leadership in ways that cut across theologies. The self-protecting behavior of bishops does feed the desire of many Kingdom Catholics for a more open church structure and strengthens calls to end the celibate all-male priesthood. But the scandal disturbs Communion Catholics, too, and many of them, characteristically, see it stemming from the excesses of the 1960s.

Where Radcliffe is powerfully right is in seeing that both contending parties are now experiencing a kind of homelessness -- and for this lost sense of belonging, they tend to blame each other.

While it's a mistake to draw too many parallels between the controversies inside Catholicism and the fights within U.S. politics, I'm struck by how helpful Radcliffe's emphasis on homelessness is in explaining America's current struggles.

Liberals see conservatives as trying to roll back the advances in economic justice and civil rights wrought by a century's worth of progressive policies -- programs and laws that draw their inspiration from the nation's founding declaration that all are created equal. Conservatives insist that they are the champions of our authentic selves ("the real America") and the true guardians of the creed embodied in our nation's founding documents. Each accuses the other of trying to wreck what makes our country great.

I am inclined, with Radcliffe, to believe we should celebrate rather than mourn our intellectual tensions -- between Communion and Kingdom, between liberty on the one side and community and equality on the other. But living with those tensions requires far more trust than we now seem capable of managing. What I do know is that throwing one side out of the house is not a solution to homelessness.