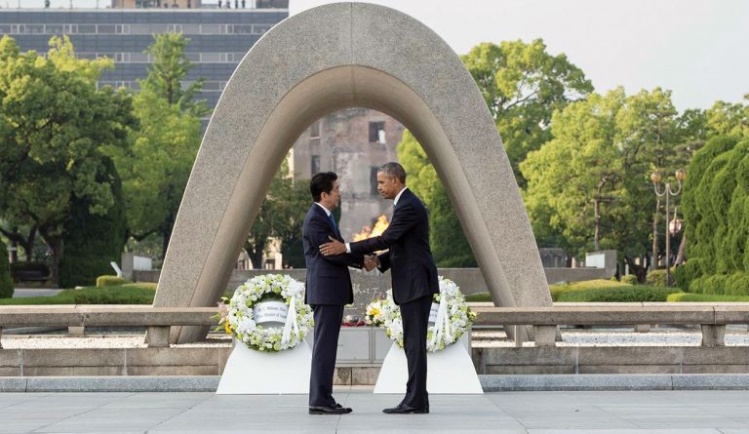 Unless you are a pacifist, you accept that the use of force can be justified, even necessary, in pursuit of good and urgent ends. But unless you are amoral, you also acknowledge the human capacity for self-delusion and selfishness. People are quite capable of justifying the utterly unjustifiable by draping their immoral actions behind sweeping ethical claims. And if you are a responsible political leader, you must recognize both sides of this moral equation and still not allow yourself to be paralyzed.

As a student of Reinhold Niebuhr, the great theologian who was at once a liberal and a realist, President Obama has spent many years pondering this tension. He has sought out occasions on which he could preach about the ironies and uncertainties of human action—and also our obligation to act in the face of them.

This habit can annoy those who prefer to see a world in which good guys with few flaws confront the bad guys. Obama is constantly being criticized for “apologizing” for the United States when he is in fact attempting to hold us to the very standards that make the United States the “exceptional” nation his critics extol. Judging ourselves by our own standards is the best way to prove that our commitment to them is real.

It is thus not at all surprising that Obama chose to be the first president of the United States to visit Hiroshima, where the United States dropped the first nuclear bomb—where, as Obama put it, “a flash of light and a wall of fire destroyed a city and demonstrated that mankind possessed the means to destroy itself.”

His speech was powerful precisely because of its moral realism. He made no apology for Harry Truman’s decision to use the bomb and instead put it into the context of all the destruction wrought by World War II: “Sixty million people would die.... Shot, beaten, marched, bombed, jailed, starved, gassed to death.” Inherent in these sentences, with their reference to forced marches and the death camps, was the explanation of why the Allies fought the war in the first place.

Obama got at both why wars are inevitable (“We may not be able to eliminate man’s capacity to do evil, so nations and the alliances that we form must possess the means to defend ourselves”) and why we should nonetheless strive mightily to avoid them (“The irreducible worth of every person, the insistence that every life is precious, the radical and necessary notion that we are part of a single human family—that is the story that we all must tell”).

And in good Niebuhrian fashion, he urged that even those who believe they are fighting for justice be wary of “how easily we learn to justify violence in the name of some higher cause.”

Remaining aware that even the right-eous can do both good and evil was central to Reinhold Niebuhr’s project. Back in 2007, Obama greatly impressed my friend and fellow columnist David Brooks with this off-the-cuff statement of what he had learned from Niebuhr. It was remarkably true to the theologian’s core insights:

I take away the compelling idea that there’s serious evil in the world, and hardship and pain. And we should be humble and modest in our belief we can eliminate those things. But we shouldn’t use that as an excuse for cynicism and inaction. I take away...the sense we have to make these efforts knowing they are hard, and not swinging from naïve idealism to bitter realism.

Obama’s critics typically see him as setting too high a bar for American intervention or argue that he is far more a realist than an idealist. The simple truth is that moral realism is hard because it means being hard on ourselves and accepting tragedy. Actions undertaken in the name of legitimate goals and actions avoided for prudential reasons can both have appalling outcomes.

Niebuhr himself was deeply ambivalent about the bomb, initially signing a Federal Council of Churches statement declaring that the attacks on Hiroshima and Nagasaki had been “morally indefensible,” but later concluding that he and his colleagues were perhaps too harsh on “statesmen...driven by historic forces more powerful than any human decision.”

It’s not hard to identify with Niebuhr’s moral reticence. A humble ambivalence may be the proper response to a horrifically destructive act undertaken in the name of avoiding even more destruction.