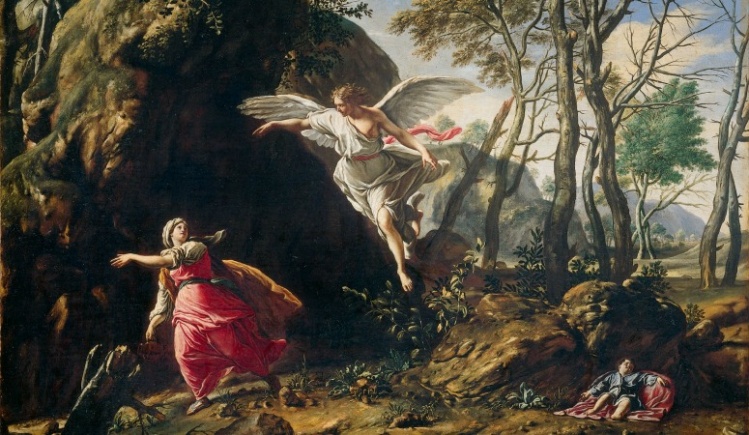 Over two dozen stories with the same cast of characters are shared by the Jewish Bible, the New Testament, and the Qur’an. Other stories concerning Jesus, John the Baptist, and Mary are common to the New Testament and Qur’an. Robert Gregg has selected five such narratives to illustrate the distinctive interpretive tendencies of the Jewish, Christian, and Muslim traditions. Four of them come from the Jewish Bible: Cain’s murder of Abel, the strife between Sarah and Hagar, Joseph and Potiphar’s wife, and the reluctant prophet Jonah. A fifth is drawn from the New Testament portrayal of Jesus’ mother, Mary.

Gregg moves systematically through each of the stories, showing first the biblical basis for interpretation, then displaying the respective “tellings” of the account in each tradition, and concluding each section with a comparative summary. His work is both learned and accessible. It is scholarly, because he deals deftly and in detail with text and translation problems, engages disputed questions concerning each interpretive trajectory, and in some seventy pages of end-notes provides extensive discussion with primary and secondary literature. It is accessible, because his language is clear and jargon-free; he explains what may not be obvious to the non-expert, and his presentation is straightforward. The book can therefore serve for the uninitiated as an introduction to the three monotheistic religions of the West and, for those already acquainted with the three traditions, as a superlative collection of primary sources (literary and artistic) dedicated to biblical stories.

Befitting such a collection of complex hermeneutical traditions, the two theses argued by Gregg are eminently reasonable. First, interpreters within the three religions were themselves powerful shapers of the tradition, adapting the biblical stories to new circumstances and perspectives in order to reinforce Jewish, Christian, or Muslim identity. Second, “competitive Scripture interpretation was a supremely powerful force in the early divergence” of respective traditions as they developed into independent religious cultures. The competitive interpretation is perhaps best displayed in the treatment of Mary; readers who know only of the exaltation of Mary within Christianity will discover the source of the “illegitimacy of Jesus” in the Jewish Toledoth Yeshu, and be surprised at the high honor given Mary the mother of Isa in the Qur’an.

For those willing to work through the massive amount of material here assembled, the true delight is not found in the demonstration of those theses, but in observing the many fascinating twists and turns of interpretation even within each tradition. For the story of Joseph and the seductive Potiphar’s wife, for example, Rabbinic and Muslim interpreters are willing to speculate on Joseph’s own sexual drives and perhaps even his complicity in events. In contrast, Hellenistic Jewish readers (like Philo) emphasized Joseph’s unstained virtue, a path followed by Christian interpreters, who made Joseph a champion of chastity. Now, the twist: Even though Muslim interpreters tended to obsess over the seductiveness of Potiphar’s wife, among Sufis, she becomes an exemplar of mysticism; her erotic longing is transmuted into the desire for God.

In a period when relations between religious traditions are characterized by suspicion and lack of understanding, Gregg’s even-handed and irenic treatment of each religion’s biblical interpretation provides a positive appreciation of each on its own terms and an invitation for each religion to consider rejoining with the others in an important conversation.

'The Harp of Prophecy'