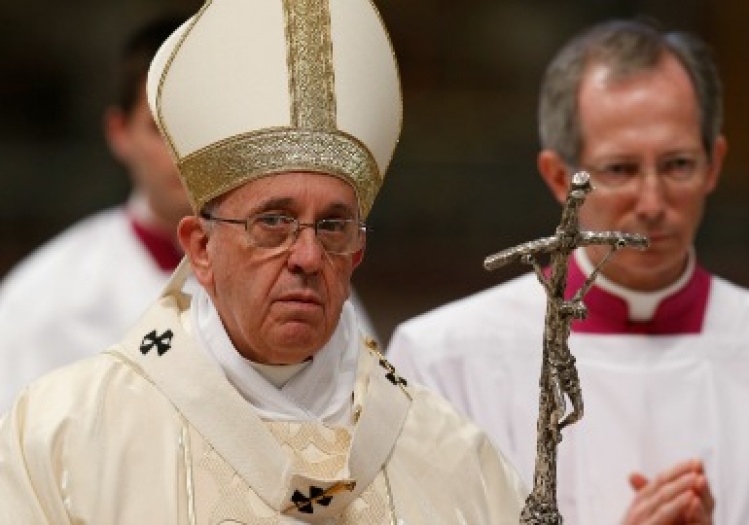 Corriere della Sera, probably the most respected centrist paper in Italy, published an interview this past Sunday with Argentine Archbishop Victor Manuel Fernández that has infuriated traditionalist-leaning Catholics who are critical of Pope Francis.

Among other things, the archbishop said the pope was stronger than his enemies in Rome and that the people of God would not tolerate any attempts by a future pope to reverse the changes he has already brought to the church. (For an English translation of the interview, click here.)

Archbishop Fernández is the 52-year-old rector of the Catholic University of Argentina and has long been one of the pope’s trusted theologians. He is widely acknowledged as the ghostwriter of Francis’s apostolic exhortation, Evangelii Gaudium, the programmatic document of this pontificate.

That text had already earned the archbishop opprobrium from the pope’s enemies because of the breathtakingly candid way it points to the need for radical changes in the church’s pastoral practices, its longstanding model of governance and its fundamental attitude towards “the world”. But since the pope officially authored the exhortation, attacks on Fernández had been greatly muffled—until the Corriere della Sera interview.

It was no surprise that Sandro Magister, columnist for the Italian current affairs magazine, L’Espresso, was the first to strike. He has become the fiercest of a small handful of vaticanisti who serve as mouthpieces for senior church figures who privately oppose Pope Francis and his plans for reform.

First, Magister belittled Archbishop Fernández’s role as a serious theologian. Then he egregiously mocked him for stating—correctly—that the Roman Curia was not an “essential part of the church’s mission” and that “cardinals could disappear” too.

Magister claimed the archbishop had signed his own death warrant by taking on the Curia, specifically for criticizing Cardinal Gerhard Müller, prefect of the Congregation for the Doctrine of the Faith.

Fernández undoubtedly stung the prelates who Magister carries water for when he unmasked them and said that they treat the pope as if he were “their representative” or “someone who came to cause trouble and needs to be controlled.”

Traditionalists continue to talk about the danger of a schism should Pope Francis and the Synod of Bishops allow for changes in church teaching on marriage.

Their campaigns and petition drives are aimed specifically at keeping divorced and civilly remarried Catholics from receiving the sacraments. Because, obviously, that’s what Jesus would do.

Their efforts are similar to those of earlier traditionalists who used every possible means to pressure Paul VI to preserve the Tridentine Mass, even though it had been abrogated in the reforms following the Second Vatican Council.

And while such “faithful Catholics”—as they like to distinguish themselves from others in the Church—continue to make threats, the most unsuspecting non-Catholics are talking about joining the Catholic Church. And they say it’s all because of Pope Francis.

The biggest names among them are Cuban president Raul Castro and former US vice-president Al Gore. The motivation for Castro is what he sees as the pope’s opposition to unbridled capitalism and his defense of the poor. The draw for Gore is Francis’s strong words about global warming and the need for urgent action to preserve the planet.

People have every right to be skeptical about their talk of conversion, as well as their motives and depth of faith. But the current pope, through his compelling words and actions, has probably got a lot more than just these two men taking another look at their faith and membership in the church.

Interestingly, his predecessor also had a following of celebrity non-Catholics and, indeed, non-believers (mostly in Europe and the West). But they were not so much interested in joining the Church. Called atei devoti (devout atheists), they were mostly conservative intellectuals who saw the preservation of Euro-centric Catholicism—which was at the heart of the last pontificate—as the last bulwark against the full collapse of the ancien regime.

Even though John Paul II drastically streamlined the saint-making process in 1983, it still takes lots of time and money to compile the testimonies and other documentation needed before the Congregation for the Causes of Saints can approve the “cause” for someone’s canonization.

Naturally, organizations with no lack of funds—like Opus Dei—have cashed in on St. John Paul’s saint-making reform. Its founder, Josemaría Escrivá, was the first to have his cause expedited after the reforms. John Paul beatified him in 1992, seventeen years after his death, untypically fast at that time. John Paul then sainted him ten years later, in what remains a controversial canonization.

Escrivá is Opus Dei’s first and only saint. But he will soon have company—and, most likely, lots of it. According to the organization’s official website, eleven causes of Opus Dei members and associates are currently underway. One is already “blessed”.

Bishop Álvaro del Portillo, successor to St. Josemaría and the first to lead the group after John Paul made it into a personal prelature, was beatified last September, just ten years after his death. Opus Dei and its supporters are now doing all they can to see that he’s made a saint as quickly as possible. This past Tuesday they celebrated his liturgical feast day for the very first time.

The reason for the latter is that the date of death, April 2, is almost always during Lent or Holy Week, which would necessarily keep the feast day celebration to a minimum.

It seems that Opus Dei supporters intervened so that the Blessed Álvaro did not meet the same unlucky fate. His day of death, March 23, also almost always falls during Lent. As does his March 11 birthday.

So the Vatican assigned May 12 to be his feast day. Why this date? You might not believe it, but it is the day in 1921 when he made his first Holy Communion.