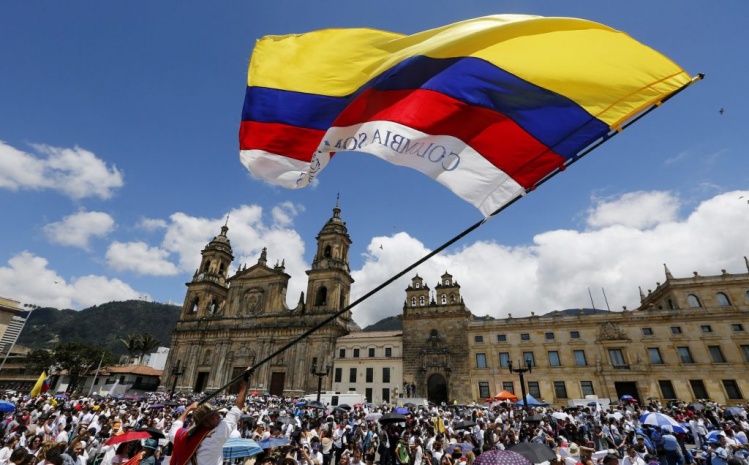 In praising Archbishop Carlo Maria Viganò on his retirement from the post of apostolic nuncio to the United States, George Weigel wrote that there is “no honorable retreat from what some deplored as ‘culture wars.’” Weigel was obviously alluding to what some consider Pope Francis’s inappropriate positions on divisive issues, especially sexual morality. But in fact the social justice Catholicism of Pope Francis does not signal a retreat from the culture wars. It is simply part of the reception of Vatican II by much of the rest of global Catholicism. Our perception of what Catholicism is today is influenced by the way we perceive its recent history. It is not simply a matter of theological or political options that shape our understanding of the church. It is also a matter of periodization, that is, our way to frame what happened, and when.

I recently spent a week in Santiago, Chile, in seminars and meetings at the Jesuit Alberto Hurtado University and the Pontifical Catholic University of Chile with colleagues studying Vatican II and the post-Vatican-II period in Latin America. What this experience confirmed for me is that, when it comes to contemporary post-Vatican-II Catholicism, there are different narratives in different parts of the world, with a particular gap between the European-North American narrative and the Latin-American one.

For much of the west, the post-Vatican-II period is marked by Humanae vitae (1968), which for many seemed to solidify how the church saw its relationship to the modern world, and which consequently set off a sociopolitical shift, especially in “sub-narratives” linked to issues of family and marriage. In the United States, for example, a key moment came with 1973’s Roe v. Wade decision; in Italy, it was a series of popular referenda on both divorce and abortion in the 1970s and ’80s.

In Latin America, however, the key issues post-Vatican II were different.

Catholicism in this era was shaped by the second conference of the Latin American Episcopal Council in Medellín, Colombia, in 1968, which took place just a few weeks after the publication of Humanae vitae, but more importantly, a full year after Populorum progressio. This encyclical shaped the reception of Paul VI in Latin America much more than his teaching on contraception, and it made him the most important pope for the post-Vatican II period in Latin America, until the election of Francis.

It also ushered in several years marked by significant change. In 1968 in Peru, for example, Gustavo Gutiérrez started talking about liberation theology just as progressive army officers launched a coup in order to implement social reforms. For Chile, it was the years 1967 and ’68, when every diocese celebrated a synod, and 1973, when Salvador Allende was overthrown and the Pinochet dictatorship began. But a different narrative does not necessarily mean a happier or more optimistic narrative. Years after the long, bloody fight against Pinochet, anti-political sentiment has become part of the cultural landscape in Chile, along with historically low credibility for the church, the reputation of which was at its highest during the peak of the conflict. After the return of democracy in Chile, the church seemed exhausted, or at least its role seemed less important.

A wider perspective on the post-Vatican II period is important not just for historians trying to gain a comprehensive understanding of global Catholicism in the past half-century. It’s important for anyone trying to understand the papacy of Francis. The current pope’s way of balancing his teachings on social-justice issues and issues of sexual morality is confusing for many conservative Catholics. It is part of his Latin-American background, and it’s also radically reshaping the narrative of how the church is facing the issues of today.

In one of the most insightful essays published on Vatican II in the last few years, Jesuit historian Stephen Schloesser wrote that the council declared an armistice with modernity on the political issues that dominated the period between the 19th century and World War II, but it left the church unprepared for the wave of biopolitical issues that emerged between the late 1960s and mid-’70s. This is true, but it's also true that viewing the issues specific to different parts of the world in the post-Vatican-II era can help us evaluate the past half-century with greater nuance and understanding. We know that in many places, especially Latin America, the biopolitical issues are less relevant than issues of poverty and socioeconomic exclusion. And we know that to many richer countries, this is just an idiosyncratic sub-narrative—one that doesn’t so easily fit into their version of the post-Vatican-II story.