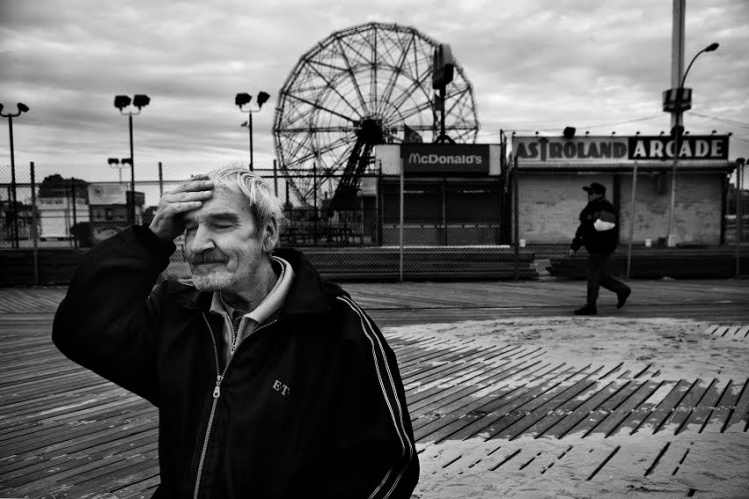 “In the event of a nuclear attack, which of these items would be the most helpful? Rank them in order of importance.”

This was one of the first worksheets I remember from elementary school. There were about twenty illustrated items. My classmates and I were perplexed. Sure, we had probably watched a filmstrip that mentioned the Geiger Counter, but none of us could remember what it did. And why would we want a broom? Would we be that concerned with the tidiness of our fallout shelter?

IT WAS ABOUT 1983. That same year, the Russians shot down a Korean civilian airliner over the Sea of Japan; the U.S. Catholic Bishops issued a lengthy warning about the buildup of nuclear weapons; and on September 26, a Soviet Lieutenant Colonel secretly saved the world from accidental Armageddon. But more about Stanislav Petrov later.

Growing up in the early 1980’s, not far from North American Aerospace Defense (NORAD) and the Air Force Academy, the Cold War was a hot topic – even for kids. Popular videos on the burgeoning MTV network, such as Genesis’ “Land of Confusion,” satirized and lamented the possibility of nuclear annihilation. Dads took their sons to see “Top Gun” in theaters, and we cheered when Russian MIGs were splashed in the ocean. “Red Dawn” was always checked out of the video store. One of my favorite books, still there in my parents’ house, was titled “Great Warplanes of the 1980’s.”

KIDS TODAY don't have the same fears. They don’t know that the broom is to sweep nuclear fallout off your friends.

The globally-aware college students that I teach don’t think about nuclear annihilation. Environmental degradation? Yes. Terrorism? Yes. Economic inequality? Yes. Racial injustice? Absolutely. But if they think about nuclear weapons at all, it’s in the context of who might acquire them – namely, North Korea or Iran. The notion that the arsenals of the already nuclear-armed states should be at the center of moral concern seems outdated, like referring to music videos being shown on MTV.

The fact is, the nuclear capabilities that already exist have grown in power beyond human comprehension, and there have been enough “close calls” regarding their deployment to warrant the gravest of fears. In recent years, many influential voices have made the case that – regardless of whether nuclear weapons ever made us more safe – they certainly no longer do so.

A TIPPING POINT in this paradigm shift was the Wall Street Journal op-ed authored in 2011 by George Shultz, William Perry, Henry Kissinger, and Sam Nunn. After a meeting at the conservative Hoover Institution, this bipartisan team of Cold War veterans wrote:

Today, the Cold War is almost 20 years behind us, but many leaders and publics cannot conceive of deterrence without a strategy of mutual assured destruction. We have written previously that reliance on this strategy is becoming increasingly hazardous. With the spread of nuclear weapons, technology, materials and know-how, there is an increasing risk that nuclear weapons will be used.

It is not possible to replicate the high-risk stability that prevailed between the two nuclear superpowers during the Cold War in such an environment. The growing number of nations with nuclear arms and differing motives, aims and ambitions poses very high and unpredictable risks and increased instability.

At a minimum, global security necessitates that “the U.S. and its NATO allies, together with Russia, must begin moving away from threatening force postures and deployments including the retention of thousands of short-range battlefield nuclear weapons. All conventional deployments should be reviewed from the aspect of provocation.”

Prior to that, in 2009, President Obama spoke in Prague about his administration’s goal of a world free of nuclear weapons – the same goal shared by Reagan and Gorbachev at their 1986 Reykjavik summit. Obama encapsulated the paradox of the Cold War’s “most dangerous legacy” in this way: “Today, the Cold War has disappeared but thousands of those weapons have not. In a strange turn of history, the threat of global nuclear war has gone down, but the risk of a nuclear attack has gone up.”

But the younger generation doesn’t listen to Shultz, Perry, Kissinger, and Nunn. They don’t even know their names. As for Obama, he has not yet followed through on the promise of that Palm Sunday speech.

INSTEAD, LET’S LISTEN to Stanislav Petrov. The new documentary, The Man Who Saved the World, tells his story. On the night of September 26, 1983, this Soviet Lieutenant Colonel was filling in for another soldier, when their military’s satellite warning system indicated -- with “maximum” certainty level -- that the United States had fired five nuclear missiles at the Soviet Union. Though his team could not get visual confirmation due to weather, all technical instruments were functioning properly and signaling an attack. Protocol dictated that Petrov should alert the armed forces of an incoming nuclear “first strike,” which would necessitate a nuclear response. Going against protocol, the early detection system, and his own fears, he instead declared the signal a false alarm. And then they waited. As he would later say, “I’m not a hero. I was just in the right place at the right time.”

Though Petrov averted World War III, the death of hundreds of millions of Americans, and possibly the destruction of Earth as we know it, he was not rewarded for his prudence under utterly existential pressure. Rather, the film captures the vulnerabilities and undiscovered wounds of a warrior fighting against the past – his country’s and his own.

Contemporary interviews with Petrov are interlaced with dramatic reconstructions from 1983, and at times the viewer forgets it’s a documentary. The Russian actors evoke the tense horror of the conflict between protocol and conscience, machine and man, commander and commanded. And unlike most documentaries, there is no voiceover – nor are there informational animations or explanatory gimmicks. Rather, the facts about nuclear weapons emerge naturally through the course of Petrov’s narrative. For instance, it’s only when he visits the decommissioned Minuteman-II missile silo in South Dakota that we learn the explosive power of today’s weaponry. All the bombs exploded during all six years of World War II would equal only 60% of the payload of this one missile. And the ones that succeeded the Minuteman-II are even more powerful.

SINCE THE FILM covers the possibility of accidental Armageddon triggered by the Russian side, it might be too easy for American viewers to be confident about our own systems. We wouldn’t get so close to an accident, would we?

The scene at the missile silo should call to mind, though, our own American stories. In 1979 we almost launched an attack against Russia, when a technician at NORAD accidentally loaded a training exercise into an operational computer, simulating a full-scale attack. Bomber crews boarded their planes, and the Airborne Command Post took off to manage a war from above ground. Several minutes later, satellite data did not confirm the attack. But what if the satellite system had failed, as it did in Russia?

Or consider a different form of human error, from not too long ago. On August 29-30, 2007 six nuclear-armed cruise missiles were mistakenly loaded onto a B-52 bomber at Minot Air Force Base in North Dakota. The Union of Concerned Scientists highlights the stunning lack of oversight for these weapons:

Although there were multiple instances when the crew should have verified that the cruise missiles were not armed, no one followed required protocol to check for live weapons. The plane sat overnight on the tarmac at Minot, unguarded. It then flew 1,500 miles to a base in Louisiana where it sat unguarded for another nine hours until a maintenance crew there realized that the weapons were live. In total, there were 36 hours during which no one in the Air Force realized that six live nuclear weapons were missing.

In response to the incident, retired Air Force General Eugene Habiger, Commander of U.S. Strategic Command from 1996 to 1998, said “I have been in the nuclear business since 1966 and am not aware of any incident more disturbing.”

Thus the story of Petrov, so powerfully crafted in The Man Who Saved the World, is not only a Russian story. It is a chance for all nuclear-armed states to reconsider the role of world-destructive power. No person should ever be put in Petrov’s position again. He bore it that night, the weight of the world, but eventually it crushed him.