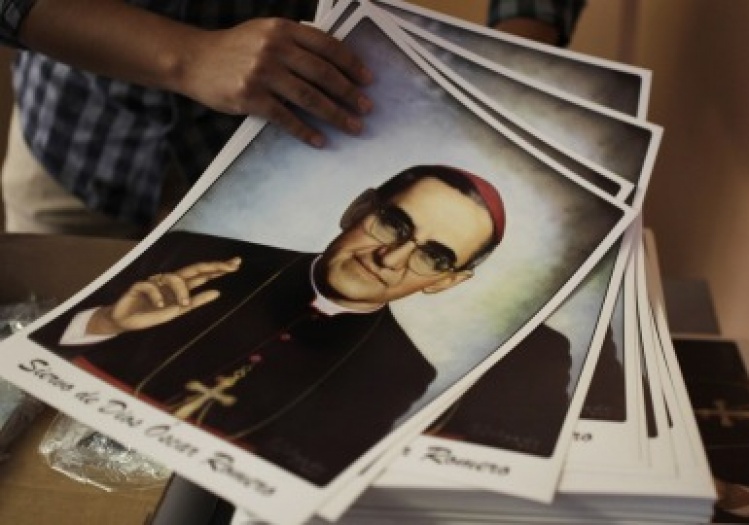 A small portion of justice has come for Oscar Romero and those who look to him as a model for Christian living. It only took thirty-five years, but the Vatican’s Congregation for Saints finally recognized what almost every rational Catholic in the world – except, of course, for some powerful church people still obsessed with the bogeyman of Marxism – has already known for a very long known: Romero was a martyr for the faith. What else could he have been? He was gunned down on March 24, 1980, at the very moment he was offering the Holy Sacrifice of the Mass. If that’s not a clear-cut “do not pass Go, do not collect $200, but be raised immediately to the Glory of the Altars” martyrdom, then what is? This was a no-brainer. But it took the common sense of Pope Francis to shake up the folks at the Congregation for Saints and do what they should have done decades ago – stop their resistance to Romero’s sainthood cause. Don’t be surprised when the Latin American pope waives the “required miracle” needed for Romero’s canonization (which he will do) and, within the next couple of years, personally declares him a saint. In one sense, the hesitancy of the Vatican’s saint-making office has been inconsequential to the Salvadoran people and millions of others all over the world who have always regarded the martyred archbishop a saint. He has been an illuminating inspiration for those thirsting for peace and justice in our world – and in our church. Catholics believe in the communion of saints and most believers have favorite “heroes of the faith” from among the holy men and women who have gone before us. But the official saint-making machine in Rome strains credibility when it deals, as it has up to now, with clear-cut cases like Oscar Romero’s. One can only wonder how many other models of Christian discipleship this much-politicized Vatican department has failed to offer to the people of God.

Timing, they say, is everything. And so it was a bit of bad luck that approval of Oscar Romero’s beatification was announced on Tuesday – bad luck, that is, for a courageous group of women religious engaged in the fight against modern-day slavery. This big news about Romero understandably stole the spotlight from the sisters who, just an hour earlier, had concluded a very moving press conference on an important anti-human trafficking initiative. Representatives of Talitha Kum, the International Network of Consecrated Life Against Trafficking in Persons, passionately spoke of their work at the Tuesday presser as part of an effort to raise consciousness and garner support for the First World Day of Prayer and Awareness Against Human Trafficking. The event is to be observed throughout the church this Sunday. The date was specifically chosen to coincide with the annual (February 8) Feast of St. Josephine Bakhita, a 20th century Sudanese slave who was brought to Italy, then gained her freedom and joined Canossian Daughters of Charity. Several religious sisters who work to free women from powerful prostitution and forced-labor networks spoke with great poignancy of the daunting uphill battle they face. “In order to understand what human trafficking is, it is necessary to meet victims, to listen to them, look at them in the eyes, embrace them,” said Sister Valeria Gandini. The Comboni Missionary has been working with victims the past five years in the Sicilian capital, Palermo. She and the other sisters said much more must be done to help the some 21 million people worldwide who are trafficking victims. Pope Francis has been a huge promoter of efforts to fight this “crime against humanity,” as he has called it. And the heads of three Vatican offices – Cardinals Peter Turkson (Justice & Peace), João Bráz de Aviz (Religious Orders) and Antonio Maria Vegliò (Migrants & Itinerants) – were at the briefing to “add institutional weight” to the sisters’ initiative. Find more information on the Day of Prayer here.

Italy (certainly Rome) and the Catholic Church are joined at the hip in many and various ways. One cannot fully understand the ethos and the dynamics that are at work in the Vatican and at the highest levels of the hierarchy without at least some familiarity with the bel paese, its people and what makes them tick. A couple of events this past week in Rome again reinforced the point. One of the them, a press conference to launch this week’s plenary meeting of the Pontifical Council for Culture (on women), was a sad reminder that officials in the Vatican sometimes forget there’s a church that exists far beyond Italy – indeed, beyond Rome’s ring-road! Cardinal Gianfranco Ravasi, the council’s president, is considered one of the bright lights in the Roman Curia. But the Milanese scripture scholar, who enjoys fame as a widely read man of culture, had fifteen women – fourteen of them Italians! – prepare the working document for the council’s plenary. And yet Italy is hardly the paragon of enlightened thinking on the role of women in church and society. The second event was the election last Saturday of the latest president of Italy, the figure who represents national unity and guarantees that the country’s politics remain faithful to the constitution. The country’s bloated parliament (three hundred and fifteen senators and six hundred and thirty representatives) and regional government officials (over one thousand electors) chose Sergio Mattarella, a life-long Catholic politician who has been a judge on Italy’s Constitutional Court since 2011. In some ways, the process of his election and the reaction afterwards were similar to the election of a pope. This was especially seen in the mythmaking that began in earnest as soon as it became clear he would be the new president. Mr. Mattarella comes from the left wing of the old Christian Democrat Party, and is brother was killed by mobsters in his native Sicily. A quiet, unassuming party apparatchik, he is now being lionized as he assumes his new and important role. But that happens to newly elected popes, too.