When Actions Are Louder than Words 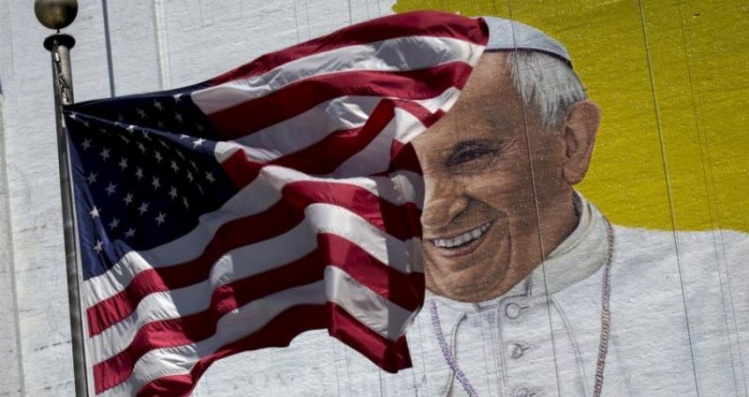 A danger for all of us in the column business is that we’ll look for political meaning in Pope Francis’s big speeches and ignore what he actually does while he’s here.

Yes, his words will matter, and Francis will have an enormous impact both on American politics and on politics inside a divided American Catholic Church.

Progressives will highlight everything the pope says about climate change, immigration, social justice and capitalism. Conservatives will grab on to every statement he makes against abortion. Both sides will look for how he describes “religious liberty.” Will he talk about the fight over contraception coverage in the Affordable Care Act (as conservatives hope), or will he concentrate on the persecution of religious minorities, including Christians, around the globe?

It’s hard to see how progressives don’t come out ahead, simply because the pope has radically reordered the priorities of the church. He is not fighting culture wars. He is fighting against them. This, in part, is what accounts for his broad popularity among former Catholics, Americans of other faiths, and even secularists and atheists.

Someone speaking in Spanish—the language of most of the pope’s coming addresses—about justice, poverty, a warming planet and the imperative of welcoming immigrants would not have gotten a warm reception at the Republicans’ presidential debate last week.

Francis’s searing words about the injustices that capitalism leaves in its wake have led many conservatives to denounce him as a Marxist. One imagines more uncomfortable moments for those who don’t like anyone to point out imperfections of the market system.

But seeing Francis only as a player in our political fights is misleading. To begin with, he is—both spiritually and politically—far more radical than most Americans, including most liberals.

While he has been quite specific on some political questions (the climate and immigration especially), what characterizes his mission is an effort to turn our notions of who counts and who has the strongest claim on our attention upside down.

In this sense, the conservatives are (but only partly) on to something when they talk about the pope and Marxism. The scholar Lewis Feuer once observed that the great achievement of Karl Marx was to put the working class at the center of history. Marx encouraged a bottom-up view in a world that tended to look at history from the standpoint of the victor, the wealthy and the powerful. One effect of Marxism’s decline: The top-down perspective is resurgent.

But Marx’s view could be seen as a secularized (and, in the eyes of many Christians, distorted) version of a Christian message that was directed from the outset to outcasts and the poor. Thus, as important as hearing Francis’s words will be paying close attention to whom he chooses to visit while he’s here. In his value system, the last really are first.

In a moving New York Times piece about one of the pope’s planned stops in New York, columnist Jim Dwyer described the invitation list: “Carwashers ... Hudson Valley farmworkers, day-laborers, immigrant mothers and teenagers and children who have crossed the border without their parents.” In Philadelphia, Francis will visit the city’s largest jail. In Washington, he will bless the needy who get help from Catholic Charities. His ministry will be right out of what the Catholic Mass says of Jesus: “To the poor he proclaimed the good news of salvation, to prisoners freedom, and to those in sorrow joy.”

Francis will be calling everyone (liberals no less than others) out of complacency. It seemed providential that the readings at Catholic Masses leading up to the pope’s visit included these words from the letter of James: “Be doers of the word and not hearers only,” and “faith of itself, if it does not have works, is dead.”

If Francis inspires widespread Catholic guilt about our individual and collective failures to pay attention to those whom he’s lifting up—well, isn’t that part of his job description?

Leaders of the church may feel some guilt, too, if he echoes what he once said during a trip to Brazil: “Are we still a church capable of warming hearts?” he asked. And he did not need a focus group to issue a call for “a church which realizes that the reasons why people leave also contain reasons why they can eventually return.”

My friend Fr. Tom Reese has observed that Francis “preaches the Gospel not the catechism.” That the Gospel is radical will take many people aback—and challenging our assumptions is what Francis is here to do.

Will We Torture Again?