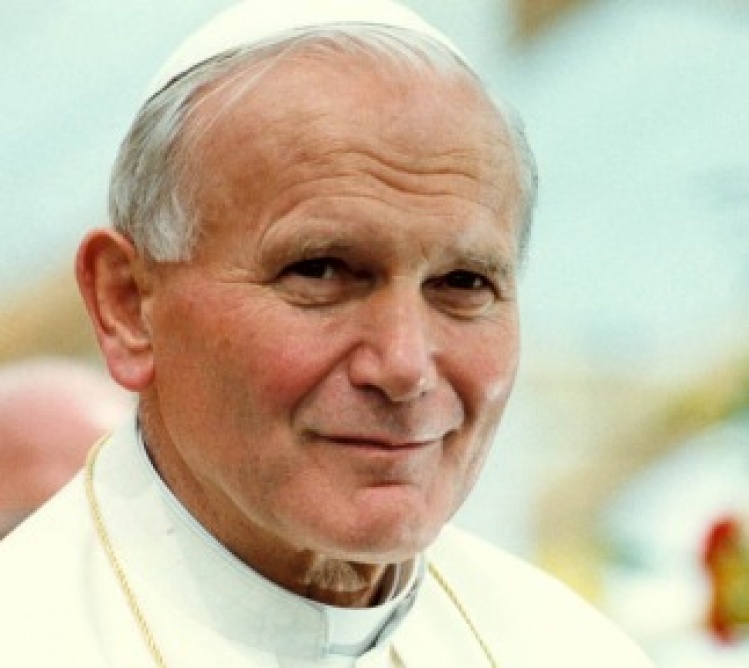 Soon after moving to central Minnesota in the summer of 2011, I visited one of the region’s landmarks, the Mall of America: a four-million-square-foot collection of more than five hundred stores that includes an amusement park, a hotel, and twelve thousand parking spaces. As I roamed the mall’s crowded corridors, a set of half-forgotten phrases crashed around in my mind. I vaguely recalled that they came from something Pope John Paul II had said or written, but I couldn’t remember the precise source. Once home, I found the passage I had in mind. It could hardly have been more appropriate to the occasion:

The mere accumulation of goods and services, even for the benefit of the majority, is not enough for the realization of human happiness.... Side-by-side with the miseries of underdevelopment, themselves unacceptable, we find ourselves up against a form of super-development, equally inadmissible, because like the former it is contrary to what is good and to true happiness. This super-development, which consists in an excessive availability of every kind of material goods for the benefit of certain social groups, easily makes people slaves of “possession” and of immediate gratification, with no other horizon than the multiplication or continual replacement of the things already owned with others still better.

This is from section 28 of Sollicitudo rei socialis, John Paul’s seventh encyclical, which is dated December 30, 1987—exactly twenty-five years ago this week.

In fact, the encyclical was not made public until late February of 1988, but it was backdated two months to place its publication within the twentieth-anniversary year of the document it was intended to commemorate, Paul VI’s Populorum progressio. This in itself makes Sollicitudo unique. Until then, social encyclicals had always marked successive anniversaries of Leo XIII’s Rerum novarum (1891), the foundational document of modern Catholic social teaching. By calling attention instead to the anniversary of Populorum progessio, John Paul II conferred an added significance on its teaching. In Sollicitudo, he refers to Populorum progressio as an “historic document” and testifies to its “enduring relevance.” He made it clear that the purpose of the new encyclical was to “extend the impact” of Paul VI’s message. (More recently, Pope Benedict XVI commemorated Populorum progressio with his own social encyclical, Caritas in veritate, where he writes that Paul VI’s encyclical “deserves to be considered ‘the Rerum Novarum of the present age,’ shedding light upon humanity’s journey towards unity.”)

In Sollicitudo, John Paul draws the concept of solidarity closer to the center of Catholic social teaching. Theologian Donal Dorr, in his book Option for the Poor, describes the encyclical’s treatment of solidarity as “a notable contribution to moral theology.” John Paul describes solidarity as the moral and social attitude that corresponds to increasing global interdependence—or what is now commonly called “globalization.” Far from being simply “a feeling of vague compassion or shallow distress at the misfortunes of so many people,” solidarity is “a firm and persevering determination to commit oneself to the common good; that is to say to the good of all and of each individual, because we are all really responsible for all.”

Solidarity, then, is the virtue that prevents us from seeing any person or community as merely an instrument for profit. It calls us to recognize all as sharers in “the banquet of life to which all are equally invited by God.” The pope expresses grave concern about the growing gap between the wealthy and poor both within nations and between them. His image of life as a common banquet seems particularly apt at a moment when prominent American politicians (including some Catholics) are promoting a Randian vision in which society is little more than a collection of individualists in competition with one another.

In Sollicitudo, John Paul II argues that, while solidarity is rooted in natural human bonds, it also has an important theological dimension. He discerns “in the light of faith a new model of the unity of the human race, which must ultimately inspire our solidarity. This supreme model of unity, which is a reflection of the intimate life of God, one God in three Persons, is what we Christians mean by the word ‘communion.’” Following his predecessor’s lead, Pope Benedict has also explored this Trinitarian understanding of solidarity and developed it further in Caritas in veritate.

Sollicitudo also marks a major step in the church’s recognition of the preferential option for the poor, an idea developed by liberation theology in the twenty years preceding the encyclical’s publication. According to this teaching, God does not take a neutral view of the suffering of the poor; he takes their side. The church and each of its members are called to do the same. This idea can be traced back to the Hebrew Scriptures—to the Jubilee laws and the prophets’ warnings and condemnations. It is also prominent in the New Testament, and especially in Jesus’ bracing admonitions and parables about wealth.

Concern for the poor and distrust of wealth has been an important element of the Christian tradition throughout the ages. The sermons of St. John Chrysostom are one noteworthy example of this concern, but there are countless others. In the decades since the Second Vatican Council, however, Catholic theology has found a new way of thinking and talking about poverty and how Christians ought to respond to it.

Before Sollicitudo, John Paul II had already endorsed the preferential option in speeches and documents of lesser authority. (See, for example, the speeches of his 1980 visit to Brazil and 1981’s apostolic exhortation on the family). Even the Congregation for the Doctrine of the Faith (CDF) would write, in a 1984 document critical of some aspects of liberation theology, that “this warning should in no way be interpreted as a disavowal of all those who want to respond generously and with an authentic evangelical spirit to the ‘preferential option for the poor.’” Still, Sollicitudo, is the first papal encyclical to use this new language. Calling to mind “the immense multitudes of the hungry, the needy, the homeless, those without medical care and, above all, those without hope of a better future,” John Paul II called on “all men and women without exception…to implement—by the way they live as individuals and as families, by the use of their resources, by their civic activity, by contributing to economic and political decisions and by personal commitment to national and international undertakings—the measures inspired by solidarity and love of preference for the poor.”

In addition to its insistence on solidarity and the preferential option for the poor, Sollicitudo issued what is still the clearest description of “structures of sin” in any magisterial document. These are the “the sum total of the negative factors working against a true awareness of the universal common good and the need to further it.” The church hereby recognized that sinful human actions and attitudes are often built into the laws, institutions, and traditions that organize our social life. Structures of sin, John Paul explains, are “the fruits of many sins.” They are “rooted in personal sin, and thus always linked to the concrete acts of individuals who introduce these structures, consolidate them, and make them difficult to remove. And thus they grow stronger, spread, and become the source of other sins, and so influence people's behavior.” Many of these structures of sin are engendered and entrenched by the desire for profit or power. As a result, “if certain forms of modern ‘imperialism’ were considered in the light of these moral criteria, we would see that hidden behind certain decisions, apparently inspired only by economics or politics, are real forms of idolatry: of money, ideology, class, technology.”

Like the preferential option, the idea of structures of sin represents a dramatic papal appropriation of a concept that had been richly developed in liberation theology. The 1984 CDF document had warned against what it regarded as a too facile integration of Marxist ideology into Catholic political theory by some liberation theologians. The document left many with the impression that the entire project of liberation theology had been officially condemned. On the contrary, a follow-up 1986 document provided a far more positive assessment, acknowledging that “the fight against injustice is meaningless unless it is waged with a view to establishing a new social and political order in conformity with the demands of justice.”

Just over a year later, here was Sollicitudo, a papal encyclical, embracing some of liberation theology’s central themes. In fact, the encyclical includes seven citations from the second CDF document and none from the first. Its closing section includes several references to liberation and the sin and structures of sin that stand in the way of its realization. As Elizabeth Johnson observes in her Quest for the Living God, “Rarely has the core project of a theology been so quickly and widely adopted into mainstream church teaching.”

Taken together, the ideas prominent in Sollicitudo—solidarity, preferential option for the poor, and structures of sin—offer an important development in Catholic theology. They suggest that human dignity, which is perhaps the central idea of Catholic social teaching, has important social and political dimensions and is never purely private. Our dignity is and must be acknowledged and deliberately defended by the societies in which we live. At a time when influential politicians are moving full speed ahead with policies that would sunder some of our most important social bonds, Sollicitudo Rei Socialis deserves a careful rereading.