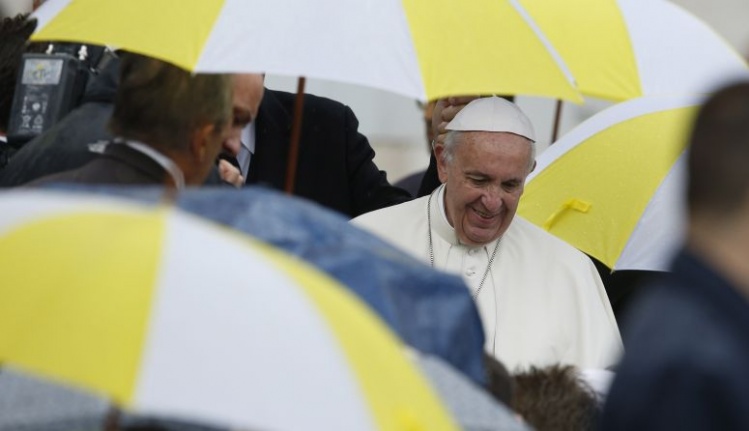 These are interesting times for the Pontifical John Paul II Institute for Studies in Marriage and Family.

In the thirty-five years since the now-sainted Polish pope established the specialized faculty at Rome’s Lateran University in 1981, bishops in eleven more countries (in the Americas, Africa, Asia, Europe, and Oceania) have set up affiliated sections of this academic center.

And during these three-and-a-half decades, these pontifical faculties have been the training ground of some of the staunchest and most inflexible proponents of the church’s traditional (and some would say, outdated) teaching on marriage and human sexuality.

But Pope Francis shook up the institute’s most loyal supporters last August when he appointed Archbishop Vincenzo Paglia the grand chancellor of its main center in Rome. They were not happy that he also named Monsignor Pierangelo Sequeri as the institute’s president. Both Italians are known to be more flexible and less hard-line on sexual anthropology than their predecessors.

Francis made it clear that he wanted the two men to renew the John Paul II Institute by further developing the guidelines in his exhortation on marriage and family, Amoris Laetitia. A number of more traditional-minded bishops and theologians linked to the institute have openly and strongly criticized the document.

The pope further angered these critics when he decided to replace Cardinal Robert Sarah (another of his critics) and personally give the keynote address this past Thursday at the official inauguration of the institute’s 2016-2017 academic year in Rome.

But just a day before Francis opened the academic year, Archbishop Denis Hart of Melbourne announced he was closing down the institute’s Australian section, which is located in his diocese. The closure, due to low enrollment, comes as a harsh blow to the legacies of Cardinal George Pell and the man he engineered to succeed him as Archbishop of Sydney—Anthony Fisher, OP. Cardinal Pell founded the Australian branch in 2001 when was still Archbishop of Melbourne (1996-2001). And he chose the then-Fr. Fisher, a Dominican priest with an Oxford doctorate in the philosophy of ethics, to be its first director. (Maybe he’ll try to save the institute by bringing it to Sydney?)

But this was also a time when the ambitious future cardinal was consolidating contacts and alliances with some of the most influential and wealthiest individuals with important ties in Rome. In fact, it was another future cardinal and the man Pell would unsuccessfully try to get elected pope in 2013—current Archbishop of Milan, Angelo Scola—who was one of the keys to setting up the JP II Institute on Marriage and Family in Australia.

Then-Bishop Scola, who was the president of the Lateran University and director of its John Paul II Institute from 1995 to 2002, visited Melbourne in 1999, where he and then-Archbishop Pell hatched the plan for the new branch in Oceania.

It is believed that Carl Anderson, a political conservative who became head of the extremely wealthy Knights of Columbus in 2000, helped fund Pell’s project—which helped further show the depths of his loyalty to Rome and the late Polish pope.

Anderson was a professor at the Lateran-based institute from 1983 to 1998, where he forged close ties with Scola and its founding director, the now retired Cardinal Carlo Caffarra.

It was also due to Anderson’s influence and close connections to the family institute in Rome that the Knights of Columbus and the late Cardinal James Hickey (who died in 2004) established the first foreign branch of the John Paul II Institute on Studies in Marriage and Family, in 1988 at Catholic University in Washington, D.C.

These three men—Pell, Scola, and Anderson—have all been rewarded for their generosity and loyalty to the Old Guard at the Vatican. The two bishops were advanced to higher positions and made cardinals at the same consistory in 2003. The grand knight (currently vice president of the Washington branch) became an influential board member of the so-called Vatican Bank.

But the fortunes of all three took a turn in March 2013. While they each continue to maintain influence in certain corners of the Vatican bureaucracy, their stars have been setting over these past three years.

Meanwhile, Pope Francis intends to carry out a total makeover of the institute that all three used to advance their careers.

There is a good case to be made that many of the people who have cut their teeth at the John Paul II Institute on Marriage and Family suffer from an ailment that Pope Francis lamented last Monday during his daily Mass at his Santa Marta residence. It’s called “rigidity.”

Preaching on Matthew’s gospel account of Jesus’s healing of a crippled woman on the Sabbath, the pope said the act drew ire of the righteous and the leaders of the synagogue. He noted that Jesus called them “hypocrites” because of their rigid adherence to a law that said no work could be done on the Lord’s Day.

“The Law was not drawn up to enslave us but to set us free, to make us God’s children,” Francis said. “Behind an attitude of rigidity there is always something else in the life of a person,” he continued. Often it conceals the leading of a “double life,” he added, or is a sign of some type of pathology.

“Rigidity is not a gift of God. Meekness is; goodness is; benevolence is; forgiveness is. But rigidity isn’t!” the pope exclaimed.

Francis said religious people who are rigid might “appear good because they follow the Law; but they are concealing something else.” He said they are either “hypocritical or they are sick. And they suffer!” At the end of his homily he invited people gathered for his daily Mass to pray for people who “think that by becoming rigid they are following the path of the Lord.”

But he has had clearer instructions for bishops and heads of religious orders in how to deal with rigid people seeking admission to seminaries and novitiates. They are to be extremely cautious in accepting them.

Here’s what Francis had to say about the problem last year at a convention sponsored by the Congregation of the Clergy:

One thing that I would like to add to the text—sorry!—is vocational discernment, the admission to seminary. Seek the health of that young man, the spiritual, physical, material, physical and mental health. Once, when I had just been appointed master of novices in 1972, I took the results of a personality test to the psychologist, it was a simple test that was done as one of the elements of discernment. She was a good woman, and also a good doctor. She said to me: “This one has this problem, but he can proceed if he does so in this way….” She was also a good Christian, but in some cases was adamant: “This one cannot” (…) And I will never forget her response, it was like that of the Lord to Ezekiel: “Father, have you ever wondered why there are so many police officers who torture? They enter young, they seem healthy but when they feel confident the illness begins to emerge. Those are the strong institutions that these unconsciously sick ones seek: the police, the army, the clergy.... And we all know that there are many illnesses which come out.” It’s curious. When I realize that a young man is too rigid, too fundamentalist, I do not have confidence; in the background there is something that he himself does not know (…) It is a rule, a rule of life. Eyes open to the mission in seminaries. Eyes open.

Pope Francis has issued a crystal clear sign that he is not in favor of any so-called “reform of the reform” when it comes to the Church’s liturgy.

On Friday he replaced all the members of the Congregation for Divine Worship—many who have been critical of the post-Vatican II liturgical reforms—with twenty-seven men mostly known as supporters of the Novus Ordo Mass in the vernacular and facing the people.

The move is another slap-down of the congregation’s prefect, Cardinal Robert Sarah, who has continued to defy the pope in pushing for a further reform of the liturgy that would reinsert elements of the Tridentine Mass that were removed in the reform stemming from the Second Vatican Council.

It is also a rebuke of the Guinean cardinal’s insistence the priests take it upon themselves to celebrate Mass ad orientem (facing liturgical east), colloquially called “with the priest’s back to the people.”

Almost all these men have been supportive of the direction in which Cardinal Sarah is trying to steer the church’s liturgy. All were key allies of Benedict XVI, who spearheaded the revival of the Old Mass and the reform of the reform.

Perhaps the most surprising (and upsetting) to liturgical traditionalists and neo-Tridentinists is the pope’s appointment of Archbishop Piero Marini (Pontifical Committee for International Eucharistic Congresses).

This figure, more than any other on the list, is a living embodiment of Vatican II’s product of reforming the Mass and the other rituals. He worked closely with the bishops who helped Pope Paul VI devise the new liturgical books and liturgies. He also was an official of the worship congregation and, probably most famously, he was the long-time master of papal liturgical ceremonies in most of the pontificate of John Paul II and in the first couple of years when Benedict XVI was pope.