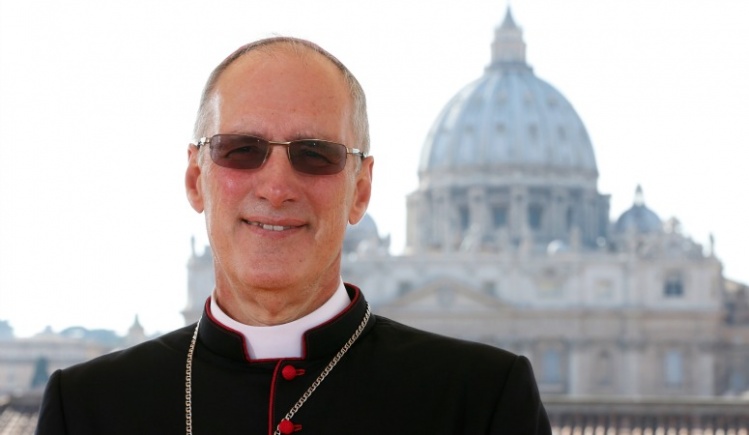 Pope Francis will fly out of Rome early on Friday morning for a five-day pastoral visit to Mexico. But before his plane arrives in what is arguably Latin America’s most Catholic country (no offense to the Brazilians), it will touch down in the Castro Brothers’s Cuba where the pope is scheduled to have a two-hour, closed-door meeting with Patriarch Kirill of Moscow at the Havana Airport.

This historic event marks the first time ever that a Bishop of Rome and the leader of the Russian Orthodox Church will meet face-to-face. It is just one more of many groundbreaking and attitude-changing moments that have occurred in the nearly three years since Jorge Mario Bergoglio—a Jesuit and Latin American son of Italian immigrants—was elected to the See of Peter.

But there is a dense cloud hanging over all the good this prophetic priest and bishop has done for the Church. It is a pall that is casting an ever darkening shadow on his otherwise energizing pontificate. The black spot is—how can one put it?—the pope’s seemingly ambivalent attitude and approach towards dealing with clergy sexual abuse of youngsters.

Just to be clear. Francis ticks the boxes favorably in over eighty percent of the categories where a pope can make a difference. But there are some areas—and the sex abuse issue is probably the most painful—where he doesn’t seem to get it. And that is a real tragedy.

Thankfully, Vatican apologists are no longer making the ridiculous claim that the sexual abuse crisis (let’s call it what it is, a worldwide pandemic) is a priority for the pope. Even the apologists need to look themselves in the mirror and admit that it is not.

If it were, the pope would have at least made time to meet with the seventeen-member Pontifical Commission for the Protection of Minors that gathered last weekend in the Vatican. This is a body Francis instituted in 2014, but only after he was shamed into doing so by Cardinal Sean O’Malley, a member of his privy council (C9) and the US Church’s sex abuse trouble-shooter.

But the Jesuit Pope seemingly had more important things on his agenda, like addressing devotees of the mysterious and still-controversial St. Padre Pio, one of two Capuchin saints whose fully clothed corpses were brought to Rome last week and paraded through St. Peter’s Square in glass boxes.

Francis was also unavailable to see Spotlight, the recent film on the Boston Globe’s investigative reporting that helped bring clergy sexual abuse to light. The filmmakers offered a private screening for members of the Vatican’s child protection commission (the flick is not out yet in Italy) but only five of the seventeen bothered to show up. Five.

One of them was Peter Saunders, a Brit who was sexually abused by a priest when he was a boy. The other members then voted Mr. Saunders off the commission because, in their view, he’d rather be an advocate for the victims than an advisor to the pope.

Obviously, Francis is not the only one who doesn’t get it.

Finding ways to include women in the Church’s decision-making structures is another area where the Latin American pope has broken no new ground, despite having acknowledged that it’s a necessary step that must be taken.

Francis inched a wee bit closer to correcting that this week when he appointed Nataša Govekar, a Slovenian laywoman, to be the inaugural head of the newly devised theological-pastoral department of the fledgling Secretariat for Communications. The 41-year-old has a doctorate in Missiology from the Pontifical Gregorian University and is a professor at the Aletti Center in Rome. But it’s not exactly clear what she’s been hired to do.

However, it does not appear that she’ll be part of high-level discussions that are held, for example, in a consistory of cardinals or at those pre-Conclave meetings these men in red hold immediately before electing a new pope. And, yet, these types of discussions are precisely where women need to be included, according to Archbishop Paul Durocher of Gatineau, Québec.

The 61-year-old president of the Canadian Episcopal Conference stated this conviction last October before the Synod of Bishops. And he made the case again just a few weeks ago in the pages of L’Osservatore Romano. “Has the time not come to open the door to [women] for a much greater collaboration at all levels of ecclesial life?” he asked provocatively in the papal paper’s February 1 supplement, Chiesa, Donna, Mondo (Church, Woman, World).

This is the same Archbishop Durocher who told Synod participants the Church should look seriously at the possibility of ordaining women to the permanent diaconate and allowing married couples to preach the homily at Mass. In his L’Osservatore Romano article the archbishop called for more women to be included—at least as “observers or advisors”—in every Vatican office, every diocesan chancery and in every national conference of bishops.

He said that is the only way to bring about “real synodality in which all voices are heard, including those of women.”

Liturgy is yet one more area where Pope Francis has shown more than a little ambivalence. And it’s probably not just because he’s a Jesuit. He is prayerful, but obviously a liturgical minimalist. Pomp and circumstance is not for him.

He would probably go further in trimming some of that in his own celebrations but, instead, his attitude has been to just leave most things alone. The main objective is to stop any further moves that would try to re-do or re-interpret the liturgical reforms as they have taken shape after the Second Vatican Council.

That makes him a polar opposite to Benedict XVI, who had an almost fussy preoccupation with liturgical style, dress and gestures. The fact that the now-retired Benedict lives only a few hundred yards from him in the Vatican Gardens, is probably another reason why Francis, out of sensitivity towards his liturgically-minded predecessor, is making few changes in the area of worship.

He did change the rubrics for the Holy Thursday foot washing ceremony to officially allow for the participation of women. Well, that’s been going on, unofficially, for a long, long time. And he has made it clear on numerous occasions that he favors the formula in the Eucharist prayer that Christ died for all and not for many, which the Vatican under Benedict had insisted be changed in newer translations.

Perhaps this is why there is new hope (or maybe just wishful thinking) among a number of Vatican II-style liturgists that Francis is going to revisit and revise the strange translation principles and guidelines from Liturgium Authenticam that produced the current English language Missal or prayers for Mass.

Unfortunately, there are no real signs that this is a priority for the pope or that it’s a battle—because a battle it would be—that he wants or needs to take on right now.

But, as they say, hope springs eternal…