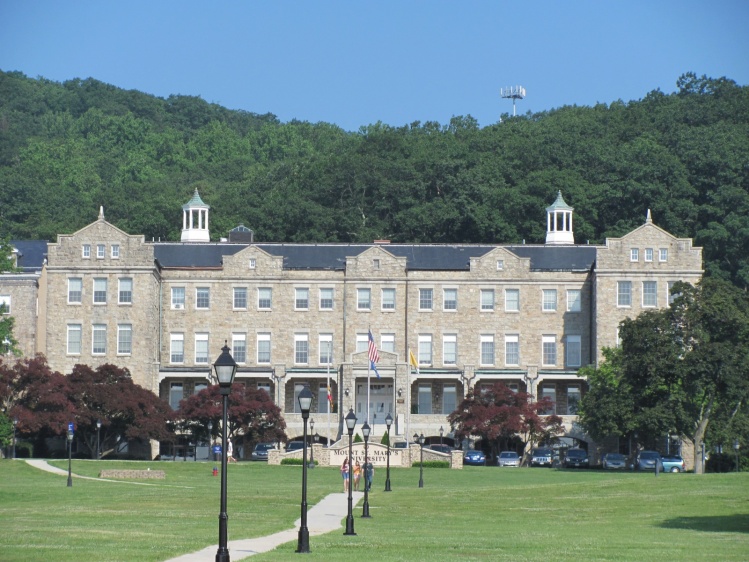 From 2010-2013 I taught at Mount St. Mary's University, now the center of a massive controversy prompted by the actions of its new president, Simon Newman, an MBA-possessing former businessman who, since taking over his current position, has:

I am told that Newman has also halted publication by the student newspaper that broke many of these stories and forcefully defended its coverage of them in response to criticism by the administration and board of trustees.

There is more, but this is enough to make my point.

In a sane world, the above would be evidence that the president at Mount St. Mary's, and the board of trustees that enables him (note that this board includes numerous priests and bishops, many of whom have been contacted repeatedly about these matters), are working actively to undermine the Catholic mission of an institution that has been praised by the Cardinal Newman Society for its "earnest commitment to authentic Catholic teaching and students’ personal development."

In such a world, the fact that the Mount is bound by the teachings that "charity always proceeds by way of respect for one’s neighbor and his conscience" (Catechism of the Catholic Church, par. 1789), and that in the context of the Catholic university "the freedom of conscience of each person is to be fully respected" (Ex Corde Ecclesiae, II.2.iv), would be enough for the Cardinal Newman Society to withdraw this endorsement.

The Cardinal Newman Society, which encourages Catholic colleges to stay close to church teachings, has long been a fan of Mount St. Mary's, and includes it among the institutions it recommends. Many critics of Mount St. Mary's have said that its recent actions are inconsistent with the church's teachings on how people should be treated. The Cardinal Newman Society frequently issues news releases criticizing Catholic colleges for inviting to campus speakers who favor abortion rights or allowing student groups to stage The Vagina Monologues. A spokesman said that the society is doing one of its periodic reviews on which colleges it recommends, but that it would have no comment on Mount St. Mary's.

Are child tax deductions a step down the slippery slope to serfdom?