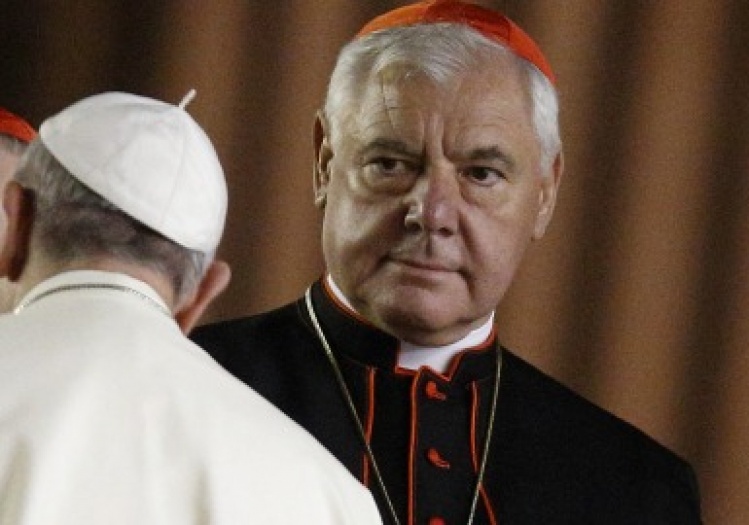 Pope Francis recently gave two powerful talks that offered a foreshadowing of his upcoming encyclical on human ecology, which is slated for publication early next year. “We are more capable of destroying the earth than are the angels [in the Book of Revelation 7,3],” the pope said last Saturday. “And this is what we are doing… destroying Creation, destroying life, destroying values, destroying hope,” he said at an outdoor Mass for All Saints Day, held at a cemetery in Rome’s San Lorenzo quarter. He noted that Allied bombs had devastated sections of the neighborhood during World War II, but said that was “nothing” compared to what’s happening today.

“Man makes himself master of everything, thinks he is God, thinks he is king. And the wars… the wars continue, not exactly for sowing seeds of life, but to destroy. It is an industry of destruction,” the pope charged. He said the only way to rectify this was by following the way of the Beatitudes. “Only this path will save us from destruction, from destroying the earth [and] Creation, morals, history, the family, of everything,” he warned.

Just a few days earlier at the Vatican, Papa Francesco raised similar issues with representatives of social movements, many of them peasants and squatters from Latin America. “You may know that I am preparing an encyclical on ecology,” he told them in Spanish. “You can be sure it will take up your concerns,” he promised. The pope had harsh words for the current “economic system that plunders nature” to “sustain the frenetic pace of consumption” and profits. He also lamented the “devastating effects” we are witnessing from “climate change, the loss of biodiversity and deforestation.” The upcoming encyclical on human ecology promises be a deep reflection on the protection of all that God has created, from the inside of the womb to the surface of the moon.

The Vatican has moved into high gear to bolster its opposition to same-sex unions. What other purpose could there be for a three-day meeting touted as an “interreligious colloquium on the complementarity of man and woman”? Especially when it includes representatives of faiths that have widely different views of marriage, particularly when it comes to the role and rights of the woman. The November 17 to 19 gathering in Rome will not only include Christians from various denominations, but also Muslims, Jews, Mormons, Hindus, Taoists, and people from several other faiths.

Cardinal Gerhard Müller, prefect of the Congregation for the Doctrine of the Faith (CDF), is the driving force behind the event; his Vatican office is the main sponsor. Three different pontifical councils that deal with the issues concerning the family, ecumenism, and interfaith dialogue have also thrown their support behind the colloquium. According to the official website, it intends to be a “gathering of leaders and scholars from many religions across the globe, to examine and propose anew the beauty of the relationship between the man and the woman, in order to support and reinvigorate marriage and family life for the flourishing of human society.”

Which type of marriage and family life would that be? And what type of flourishing of human society might it entail? Where the men refuse to shake hands with the women? That’s the policy (religious conviction) of a chief rabbi that will be present. Or where the women must be fully covered in public and keep several paces behind their husbands? That’s the rule among many Muslims. And how will the Anglicans and other non-Catholic Christians react when Vatican officials insist that using artificial birth control is a moral evil? Check out the all-star lineup at the website. This ought to be a heck of a conference.

It’s not strange at all when the superior general of an international religious order is appointed head of a diocese and ordained its bishop. Actually, it happens with some regularity. But when he is a U.S. native and the local church he’s sent to lead is in Peru, then some eyebrows are raised. That happened this past week when Pope Francis named Fr. Robert Prevost, an Augustinian friar from the Chicago area, to be a bishop and apostolic administrator of the Diocese of Chiclayo in Northwest Peru. The 59-year-old priest was Prior General of his order for two elected terms, serving from 2001 to 2013 at the Augustinians’ headquarters just next to St. Peter’s Square in Rome.

But Bishop-elect Prevost has lived and worked in two different dioceses bordering his newly assigned home in South America for a total of about eleven years, even though that was sixteen years ago. He spent 1985 to 1986 as chancellor of the Diocese of Chulucanas, a longtime mission territory of his Augustinian province in the United States. In fact, the diocese’s only two bishops have been his American confreres. Bishop-elect Prevost also worked for a decade in the Archdiocese of Trujillo (1988-1998) where he was involved in seminary formation and parish work. He then returned to Chicago to serve as head of his province, which led to his election as head of the entire order.

Pope Francis only named him apostolic administrator of the Diocese of Chiclayo because the accord between the Holy See and Peru stipulates that diocesan bishops must be citizens of the country. So until he becomes a naturalized Peruvian, he will remain administrator. It’s still unclear why the Pope chose a gringo for this particular see. But some speculate that it is to neutralize the influence of the large number of bishops in the country closely linked to Opus Dei.