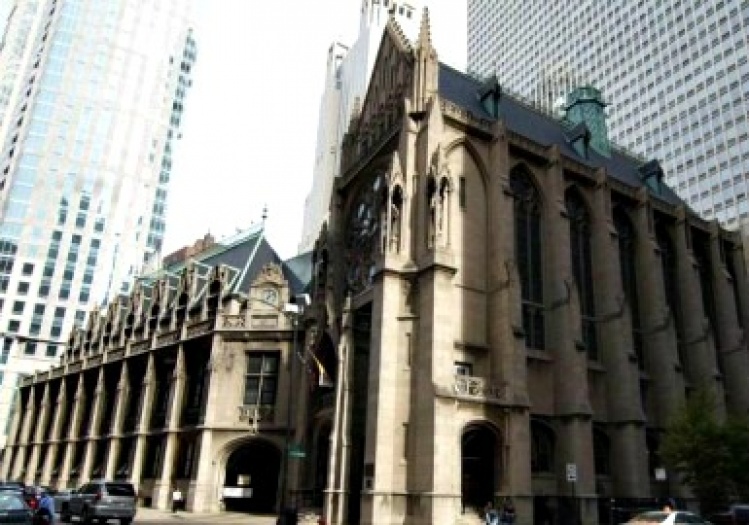 The Archdiocese of Chicago has released the files of thirty-six priests accused of sexual abuse over the past fifty years. In January, the archdiocese released six thousand pages of documents related to another thirty accused clerics, as part of a settlement with plaintiffs who alleged abuse. None of the priests are currently in ministry, and fourteen are deceased. The archdiocese chose to release the new batch of files, which total about fifteen thousand pages, on its own. The files were published on the archdiocese's website Thursday morning, less than a week before Blase Cupich will be installed as the ninth archbishop of Chicago.

The archdiocese is "voluntarily" releasing these documents, according to a letter signed by auxiliary Bishop Francis Kane, which accompanied a memo sent to Catholic school administrators. This release, in combination with January's documents, "covers all the priests who have substantiated allegations of sexual misconduct with minors"--except for two "where ongoing processes do not permit release," Kane wrote.

One of those men is Daniel McCormack, who in 2007 pleaded guilty to molesting five children. In June he was charged again with aggravated criminal sexual abuse in a 2005 incident involving a minor. Last month two more men who say McCormack abused them filed a joint lawsuit against the archdiocese and Cardinal Francis George--seeking $400,000 in damages. In 2006, it came to light that George allowed McCormack to return to ministry after he was arrested and released without charges, even though his sexual-abuse review board recommended that the priest be removed from ministry. The case brought scandal to a diocese that for decades had been seen as having a model policy for dealing with clerics accused of abuse. Audits commissioned by the archdiocese following the McCormack scandal showed that was not necessarily the case.

"We followed a thourough document review process to determine which documents could be released," according to the diocesan memo. That process was designed to "protect victim privacy," abide by laws restricting the release of mental-health and medical information, and maintain the privacy of third parties mentioned in the documentation. "Nothing was redacted or removed to conceal the identity of abusers," the memo explains.

But because the archdiocese conducted this document review on its own--not as part of the earlier legal settlement--plaintiffs attorney Jeff Anderson is "very suspicious of the process." The documents that were released in January were examined by both Anderson's firm and the Archdiocese of Chicago. Anderson understood that the archdiocese would release more files later in the year, but "because our relationship broke down," his firm did not vet any of the new files. "We should have been involved," he added. Anderson declined to explain the nature of that dispute. But he did mention the possibility of resuming talks with the archdiocese after Cupich is installed next Tuesday. "I hope we can reignite the conversation with rigor and vigor," Anderson said.

[Update 2] John O'Malley, special counsel to the archdiocese, disputes Anderson's account. The reason Anderson had no role in this vetting process, O'Malley said, is that he has no clients who allege abuse by any of the thirty-six priests. The January settlement was reached through mediation: "We learned a lot during that process." Anderson's involvement was predicated on the fact that he had clients who said they had been molested by the first thirty priests, O'Malley added. That wasn't the case this time. After those documents were made public earlier this year, Cardinal George ordered the release of rest of the files, O'Malley explained. The task became more urgent when word came in September that George would be succeeded by Cupich. "Cardinal George wanted it done on his watch," O'Malley said.

[Update 1] At midnight, the Archdiocese of Chicago released a statement announcing that the files would be posted on its website today, Thursday, at 9 a.m. (Central). (They are now available here.) The statement emphasized that 92 percent of the incidents covered in the documents occurred before 1988--and that fourteen of the thirty-six priests involved are dead. None is in ministry, according to the archdiocese.

“As we said in January, we are committed to transparency with the people we serve,” Cardinal George said in the news release. “We cannot change the past but we hope we can rebuild trust through honest and open dialogue. Child abuse is a crime and a sin. The Archdiocese of Chicago is concerned first and foremost with bringing healing to abuse victims.”