In the Wake of Tuesday's Elections - Open Thread 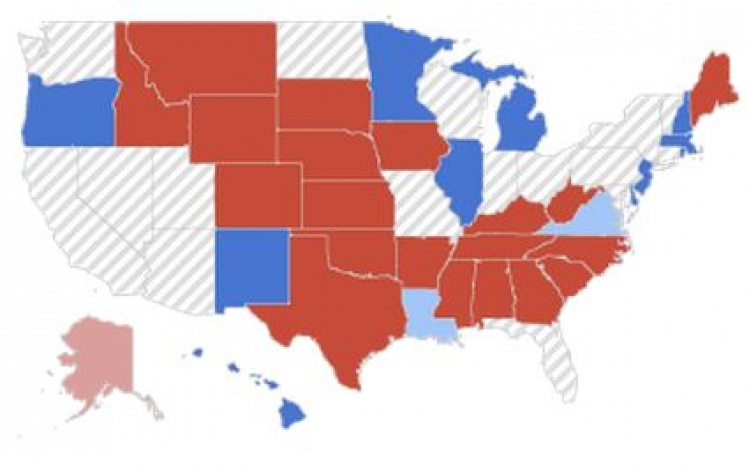 Let's try an experiment.  Rather than dive right into a national overview of what happened at the polls, I'd be interested to see what dotCommonweal readers and contributors found most interesting about the returns from elections in their own states and localities.

For example:  Here in Massachusetts Republican Charlie Baker narrowly defeated Attorney General Martha Coakley in the race for governor.  That might seem like it's part of the national Republican wave (and it may be) but with Baker's election, five of our last six governors have been Republicans.  (We like our tall, square-jawed, conventionally handsome patricians here in the Bay State.) Democrats retained control of both legislative chambers in the State House, and the commonwealth's congressional delegation remains all Democratic.

We had four referendum questions in which the voters 1) repealed a gas tax increase dedicated to roads, bridges and other infrastructure, 2) overwhelmingly voted down a proposed bottle bill expansion, 3) defeated an attempt to ban casinos, and 4) approved an earned sick time benefit for the nearly 1 million Massachusetts workers without one.

I may have more to say about the last one, but the overarching lesson I draw from the ballot questions is that money talks.  Except when presented with an opportunity to cut their own taxes, voters sided with the campaign that spent the most money.

What happened where you are?  And what lessons do you draw from it?

Was Tim Kaine "Ruined for Life"?