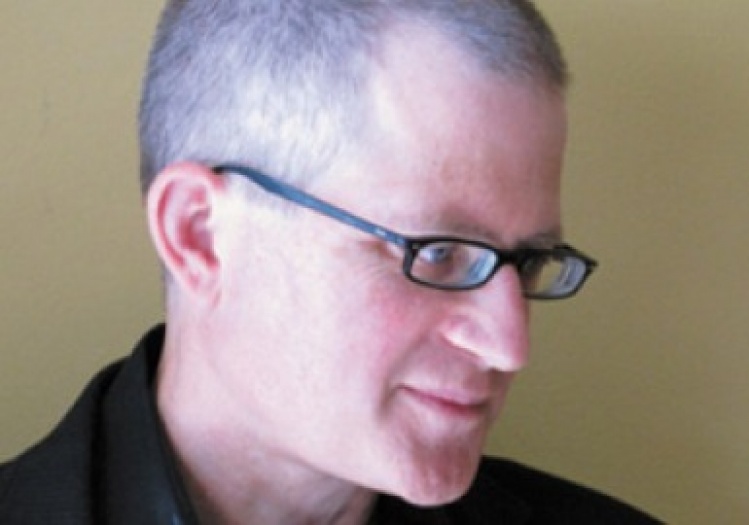 Modern poetry, like all modern intellectual endeavors, seems to be primarily an arena of religious disbelief, its practitioners too educated, too sophisticated, and too modern either to seek or to offer meaning in the faith that sustains much of the world. Christian Wiman shared this modern intellectual disdain when he became the editor of Poetry, the foremost magazine of modern poetry in America. Wiman’s evangelical Baptist upbringing in rural Texas had long been left behind—or so he thought, until his diagnosis with a rare form of cancer in 2005, on his thirty-ninth birthday. In the ensuing life crisis he recognized not only his long dormant but never abandoned faith, but the religiousness of poetry, even seemingly God-absent modern poetry. In his new book, My Bright Abyss: Meditation of a Modern Believer, Wiman reflects on faith, death, poetry, and God.

My Bright Abyss began as an essay in the American Scholar in 2007. That journal is not exactly rife with narratives of religious belief, yet Wiman writes that his essay generated a large response, revealing an educated, intellectual, modern readership less hostile to religious belief, even Christian belief, than it so often seems. The importance of My Bright Abyss lies partly in this affirmation, Wiman’s discovery that one can be both thoroughly modern and open to religious faith. But important too is its portrayal of what modern Christian belief must necessarily be like—mixed equally of faith and doubt, affirmation and despair.

Wiman’s book is organized as a series of brief meditations, over a hundred in all, some as short as three or four lines. They are best read without hurry and with highlighter and pencil in hand, for each asks of us the attention we would give a good poem. Many of these “prose fragments”—Wiman’s words—address the modern poetry that his life’s work has immersed him in. Reflecting on one of his own poems, “a love poem by a person who is incapable of love,” he acknowledges that “God is nowhere in it. That’s what makes it modern.” Yet he now recognizes that it is nevertheless a devotional poem, indeed that all good poetry is devotional. More specifically Wiman asserts that all good poetry is in a sense Christian, whatever its author’s belief. This recognition depends on the twofold Christ Wiman has come to embrace: the Christ of the Incarnation and the Christ who cries out on the Cross, “My God, my God, why hast thou forsaken me?”; the divine Christ who made God present in our fleshly, feeling, contingent humanity, and the human Christ who suffered God’s absence. The theologian may struggle with abstract terms to reconcile this simultaneous presence and absence. For the poet, there is no need to reconcile them, for both are part of the reality of the world, however contradictory they may seem.

Among Wiman’s favorite poets are the seventeenth-century Anglican priest George Herbert and the nineteenth-century Catholic priest (and convert), Gerard Manley Hopkins. But Wiman is critical of them for believing that faith requires the poet to have a circumscribed imagination. “If faith requires you to foreclose on an inspiration,” Wiman writes, “surely it is not faith.” This is not to say that a poet cannot have wrong ideas. Wallace Stevens’s poem “Tea at the Palace of Hoon” is beautiful, Wiman admits, but its belief—that the numinous world is not real, but only a projection of ourselves—is fatal. Better even this modern idea, though, particularly when so beautifully expressed, than postmodernism’s ironic refusal of commitment to any idea at all.

Last year Wiman published a book of his translations of selected poems by the Russian poet Osip Mandelstam, who died in 1938 in a transit camp for political prisoners on their way to Siberia. Other influences include the theologian Dietrich Bonhoeffer, who was hanged in a German concentration camp in 1945, and Simone Weil, who died of tuberculosis in England in 1943 while contemplating returning to France to participate in the Resistance. (Much of Wiman’s thinking on God’s simultaneous presence and absence is indebted to Weil.) He is influenced, that is, by women and men who maintained or even found their faith amid the worst evils of the twentieth century. Such European poets and thinkers are a long way from the Baptist fundamentalism of Wiman’s rural Texas childhood; and My Bright Abyss doesn’t entirely make clear how much of Wiman’s belief is a continuation of his Christian upbringing and how much traces to these and other writers. In any case, his illness didn’t take him back to the Baptist Church, but rather to a liberal United Church of Christ congregation, near his Chicago home, whose pastor he engaged in endless hours of argument and discussion. “To every age Christ dies anew,” Wiman finally declares, “and is resurrected in the imagination of man.”

This is as true of today’s American Christian fundamentalism as it is of every other historical manifestation of Christianity, yet it is not the relativism that it appears. The deeper truth Wiman uncovers is that “there is no permutation of humanity in which Christ is not present.” For the modern human permutation, our defining feature may well be our sense of the abyss that awaits us in the darkness of death. This sense, though it defines twentieth-century thought, had its origins in the nineteenth century, when geology first began to unveil the earth’s secret—namely, that it and the universe in which it exists are far older than we can imagine and will abide for an equally unimaginable time into the future, far beyond our brief human moment. Within such an abyss of time, what can our lives and our deaths signify? This is the question that lies behind Wiman’s meditation. In what sense can Christ be present to the modern man, whether poet or philosopher or theologian or mere husband or wife or parent, who feels this question’s awful power?

Poets perpetually seek to connect with something absent, yet greater than themselves, and in so doing, they come to understand that the objects of the material world are numinous with a presence greater than their materiality. Though I have emphasized Wiman’s engagement with modern thinkers, most of My Bright Abyss deals with his personal story, giving glimpses of the life of a husband and father who goes to work each day and comes home; who visits his doctor and undergoes treatment; whose prospects for living fluctuate from dire to hopeful and back again. Those familiar with the names cited earlier will have perhaps the easiest time reading My Bright Abyss, yet the book’s rewards are available to all who in their religious longings sometimes feel themselves, like Wiman, “wandering through a discount shopping mall of myth.” Rather than cause for despair, such honest doubt is essential to a faith that must embrace both God’s absence and God’s presence, for the abyss—Christ’s cry on the cross—is as real as Christ’s divine presence in the midst of that abyss. Doubt is the creative force that pushes us to imagine both God and Christ anew. For all readers beset by doubt, Wiman’s gift is the transformation of the abyss from an all-enveloping darkness to a place of realistic belief, an abyss bright with the love of God.