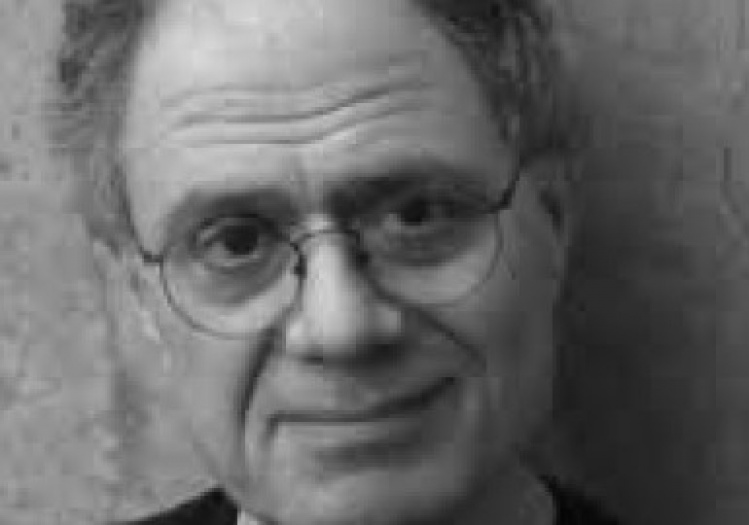 Let us begin with the subtitle, where a correction is in order. For the Republic is not a collection of political essays. Instead, it consists almost entirely of book reviews, published over the course of the past decade or so in venues ranging from the Nation to the American Conservative (and also including Commonweal). Appended as a sort of postscript are a couple personal reflections, one of which movingly describes the author’s struggles with severe depression.

For the most part, book reviewing is to literature as weeding is to gardening—necessary work, but neither glamorous nor especially rewarding. To recycle one’s published reviews and call the result a book requires considerable courage—or perhaps chutzpah.

Fortunately, as reviewers go, George Scialabba is a skilled practitioner. In evaluating books by or about Thomas Friedman, Tony Judt, Irving Kristol, Christopher Lasch, George Orwell, I. F. Stone, and Edmund Wilson among others, he demonstrates a capacity for fair-minded description along with a talent for crisp and candid evaluation. On occasion, candor becomes entertainingly intemperate as when he suggests that cigarette makers marketing their wares in the underdeveloped world should be “disemboweled on television by terminal lung-cancer patients.” Disembowelment also describes the fate that the super-rich as a class “undoubtedly deserve.”

Sometimes Scialabba goes too far as when he writes that “the Cold War was about” nothing more than “the freedom of those with a lot of capital to do anything they pleased with it.” Tell that to the Poles, Czechs, Hungarians, and others stuck on the far side of the Iron Curtain. On occasion, his judgments are just flat-out wrong, as when he attributes the Cold War to “America’s insistence on rearming West Germany.” In fact, the U. S.-Soviet rivalry predated the Bundeswehr’s 1955 founding by nearly a decade. Yet these qualify as minor transgressions. When you are in the business of hurling thunderbolts, at least a few will inevitably go astray.

The issues that gnaw at Scialabba relate primarily to political economy. For an avowed man of the left, “the last three decades have been bitter medicine.” During that period, “the country’s political center of gravity has shifted far to the right,” yielding a host of negative consequences. “A four-letter word beginning with ‘f’ has tragically corrupted the minds of countless innocent Americans,” Scialabba writes. “I mean ‘free’ as in the expressions ‘free market’ and ‘free enterprise.’” Allowed to have their way, the titans of corporate capitalism have produced appalling inequality along with “a truly staggering amount of needless suffering.” With “plutocracy triumphant nearly everywhere,” democracy itself has become a sham, the United States itself having been transformed into “a banana republic, indebted up to its eyeballs, with an obscenely rich upper class, a corrupt and mediocre political class,” and pretty much everything else going to hell in a handbasket.

This is bracing stuff. It might even qualify as mostly true. Yet in denouncing the sins attributed to Big Business, Scialabba leaves out half the story. For as American politics was shifting to starboard, American culture was hurtling in precisely the opposite direction. The corrupting effects of the f-word extend well beyond the realm of economics. In the name of liberation, equality, and choice, for example, Americans have claimed the prerogative of recasting the most intimate human relationships. The indifference to collective welfare that Scialabba decries in the economic arena finds its counterpart in the fate of the family, presently defined as whatever happens to suit my preferences today. (Some different arrangement might suit me tomorrow).

“Freedom,” writes Scialabba, “has value, indeed has meaning, only in relation to constraint.” Just so. Yet with Americans socialized to define freedom quantitatively—just give me more—persuading them to embrace an alternative measure will require some doing. Simply driving the money-changers from the temple of democracy, however satisfying such a purge might be, won’t suffice.

The political and economic ailments to which Scialabba points are real but they derive from and are nourished by an even more fundamental crisis of culture. Scialabba seems to sense this, even if only vaguely. Reflecting on the prospects of the information revolution producing the “empowerment” that its hawkers promise, he foresees a different outcome. Our preoccupation with being connected, he speculates, may well make life “less gracious, subtle, sensuous, and profound” while simultaneously “more sterile, frenetic, shallow, and routine.” Yet the prospect Scialabba describes is not some theoretical possibility; it’s reality, the here-and-now outgrowth of tech entrepreneurs harnessing deeply embedded cultural predilections to make tons of money while millions of Americans persuade themselves that adding to their inventory of electronic gadgetry holds the key to happiness.

What basis then is there for hope? On this score, Scialabba has little to offer. A sentimental socialist, he is realistic enough to appreciate that the twentieth century totalitarians who appropriated that label permanently besmirched the brand. Don’t expect capitalism to shrivel up and die anytime soon. By extension, don’t look for salvation in some formal ideology.

What else is there? For Scialabba, not religion. Born and raised Catholic, he eventually left the church and never looked back. Following his “auto-emancipation” from the faith, which he describes as “the supreme drama” of his life, Scialabba enrolled “timorously but proudly” in “the Party of Humanity,” to which he remains committed. Yet apart from its belief in “freedom, science, and progress,” it’s not entirely clear what the Party of Humanity stands for. It’s a vessel adrift without an anchor. We “secular liberals are barred from using the old methods,” Scialabba writes.

We want bonds, we want limits, we want authority; but we don’t want illusions. The will of God, the infallibility of Scripture, and the divine right of husbands and fathers seem to us illusions.... We can’t accept these illusions, and we can’t ask others to accept them—even if it will make them better behaved.

With admirable succinctness, Scialabba has thereby outlined the secularist’s dilemma. Recognizing the need for bonds, limits, and authority, the secularist doesn’t know where to find them and would never dream of prescribing them for others. The drift continues. The shoals beckon.