And Yet It Works 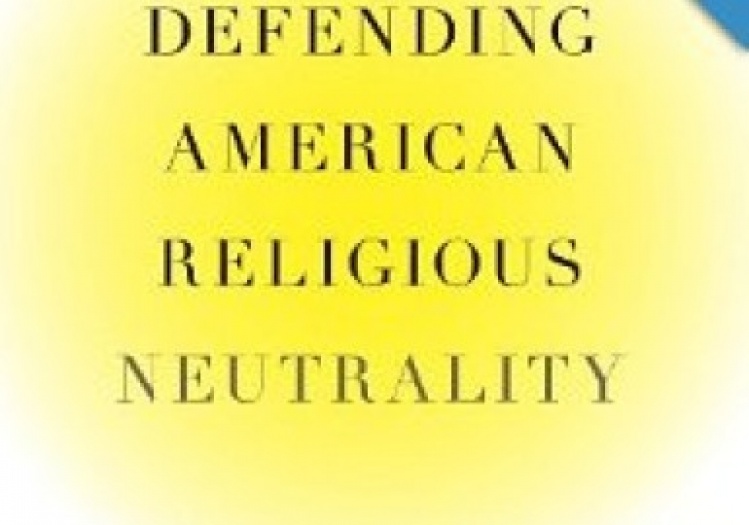 The first thing to note about Andrew Koppelman’s important new book, Defending American Religious Neutrality, is that word “American”—a heavy proper noun sitting awkwardly beside the abstract concept of “religious neutrality,” like an elephant sharing a bench with a ballerina. The modifier tells us a lot about the book. Koppelman is a political theorist, and his examination of religious neutrality is understandably full of abstractions. But he’s also a law professor, and he aims to tell a more pragmatic story about how religious neutrality has actually fared when rooted in America’s unique history and law.

Koppelman writes at an inauspicious time for defenders of “neutrality” as a core concept in church-state law and relations. Neutrality commands less allegiance than it once did. From the secularist side, some insist that true neutrality should erase any difference between religion and conscience or other strongly held beliefs, and may even demand “the complete eradication of religion from public life.” From some religious quarters we get the opposite argument. Neutrality is a sham, because it always involves the smuggling in of non-neutral substantive commitments, such as gender equality or a high regard for personal autonomy rather than associational obligations. They ask: If the state can’t be truly neutral after all, why not let it take the side of religion, by allowing government to erect Ten Commandments monuments and make other “frank endorsements of religious propositions”?

Against these contending sides, Koppelman makes some basic points. We must first acknowledge the simple fact that “America has been unusually successful in dealing with religious diversity.” It has achieved a measure of peaceful coexistence among different faiths and between religious believers and nonbelievers that is the envy of many nations.

The second point is that as America has become more religiously diverse, the concept of religious neutrality has expanded to welcome that diversity. The nation moved over time from its heavily Protestant origins—although even then other faiths were present, and “Protestantism” itself was a label that obscured many sectarian differences—to a point at which Judaism, Catholicism, and even Islam were roughly embraced as the core of an acceptably neutral “Judeo-Christian” or monotheistic coalition. That monotheistic settlement is still celebrated by nostalgic figures such as Justice Antonin Scalia. Now a wider range of faith traditions, along with individual patchwork faiths and the absence of faith altogether, are all recognized as belonging to the diverse landscape of American religion. The larger and more open the landscape, the more neutrality has stretched to embrace it.

The state’s neutrality toward various religious practices and affiliations brought us to this point, Koppelman argues, and can take us further still. Understood properly, the concept of neutrality can still lend order to what is widely acknowledged to be the unruly mess of church-state law. It can tell us where the cases have gone wrong, how they might be brought back in line, and how to face tomorrow’s controversies. And an affirmation of state neutrality toward religion can ease the culture wars, by permitting “state recognition of the distinctive value of religion” while staving off the “heightened civil strife, corruption of religion, and oppression of religious minorities” that a weakening of anti-establishment doctrine might provoke.

But what, exactly, is the ideal of “American religious neutrality” that Koppelman is concerned to defend? With a nod to neutrality’s critics, he acknowledges that “the idea of neutrality can stand for so many different political conceptions that standing alone it cannot resolve any actual controversy, about religion or anything else.” Whenever someone invokes neutrality, the question always arises: Neutral with regard to what? Neutrality between what and what, and using which baseline—the line between Protestantism and Judaism, say, or between religion and non-religion?

Koppelman has a pragmatic answer to that question. Neutrality cannot mean any one thing. Yet we have a particular American conception of religious neutrality—and it works. The American way of neutrality is to treat “religion,” understood at a vague and inclusive level, as a “good thing” that is worthy of accommodation. At the same time, it insists that “religion’s value is best honored by prohibiting the state from trying to answer religious questions.” The state can honor and protect religion in general as a positive good. But it cannot favor one religion over another, or “take a position on contested theological propositions.” The state should treat religion like a parent treats her children, encouraging and valuing each of them without ranking or privileging any of them. “The state is agnostic about religion,” he writes, “but it is an interested and sympathetic agnosticism.”

It will come as no surprise that, as the author of a book called The Agnostic Age, I largely approve of Koppelman’s approach. But the value of Defending American Religious Neutrality goes beyond its general argument. Koppelman does several things particularly well. He offers a thorough, ground-level analysis of the actual church-state jurisprudence of the Supreme Court, showing that the American conception of neutrality he describes helps make its disparate and often disparaged decisions much more coherent. Second, he shows where the Court has gone off the rails. Third, he rehabilitates the much-maligned “secular purpose” requirement, which says that a law must have a secular legislative purpose to avoid running afoul of the First Amendment. He argues that an attractive idea lies at the heart of the requirement: the state must not “declare any particular religious doctrine to be the true one, or enact laws that clearly imply such a declaration of religious truth.”

Finally, Koppelman reaches into history to revive a central concern of the Religion Clauses: that “religion can be corrupted and degraded by state control.” That fear, which was evident to leading figures of the founding era, has faded to a sepia tone with time. Some modern advocates of church-state separation now think separation is about protecting the state from any taint of religion, and sometimes go further to argue that religious arguments must be stripped from public debate. On the other side, advocates of greater government support for religion, whether through school vouchers or public prayer, give too little thought to what religion risks in accepting the state’s patronage. Both miss something important. It is precisely because we think of religion as a genuine, independent good that we should worry when the state lends its voice or opens its coffers to the church. Political and financial support always comes with strings attached. History is replete with too many indolent churches, tame priests, and dead state churches. That concern with corruption helps us understand why there is a difference between the accommodation of religious needs and more active forms of state endorsement.

The fear of corruption can’t always answer questions about what the law should do. It doesn’t tell us whether vouchers, when they simply involve equal access for religious schools to the same secular resources that nonreligious schools get, are inappropriate. And surely the question of whether particular forms of aid present a danger of corrupting a church should rest largely with the church itself. (Substantially, but not entirely. If we view religion as a social good, we may prevent the state from corrupting religion not for the sake of any one church, which might gladly accept the risk of “corruption” as good business, but for all our sakes.)

But the concern about corruption still helps make better sense of the twists and turns of church-state law in general. Religious groups should be reminded that there are good reasons to worry as much about getting the state’s help as about being denied it. In its monumental Declaration on Religious Liberty, the Second Vatican Council emphatically affirmed the importance of religious freedom for all individuals and groups. At the same time, it remained far more sanguine, to say the least, about government acknowledgment of, and support for, the church. Despite the church’s  historical advocacy on this question, we should have prudential concerns about the costs the state might exact for its official support. The history of government corruption of religion that Koppelman provides—and the church’s own history—supply ample reason for caution when taking the state’s outstretched hand.

Koppelman’s book does not satisfy on every front. Some issues he addresses—and they’re big ones—are bound to leave lingering questions. One is whether it makes sense to treat religion itself as a good in the first place, without giving equal regard to claims of conscience and other strongly held, but expressly nonreligious, beliefs (See “Claims of  Conscience,” May 3). Why accommodate someone whose God tells her not to work on Saturdays, but not someone whose heart tells her the same thing? There may be good reasons to do so, though this is a hotly contested question. But “neutrality” won’t get us there; if anything, it leads us in the opposite direction.

And that leads us to the $64,000 question: Why talk in terms of “neutrality” at all? Koppelman is right that our uniquely American version of religious neutrality has done a lot for both the church and the state, and continues to do so. We would be better off if the courts made even more loyal use of it. The theorists may grumble, and with reason. On the ground, though, “neutrality” has earned that popular, too-dismissive label: “good enough for government work.” Anything that works well in practice shouldn’t be scorned just because it can’t stand up to interrogation in the seminar room.

Koppelman is also right that the law and politics of American church-state relations have become a major battleground of our so-called culture wars, and that both sides—if they would only realize it!—have gained more than they have lost from the particular American approach to religious strife. His book shows with wit and skill that the American way of doing things, one that is genuinely sympathetic to religion but avoids answering religious questions, has real wisdom in it.

But will the culture wars end if we insist that what we have is “neutrality?” Will a militant atheist feel better knowing that government vouchers for religious schools are “neutral?” Will an evangelical Christian be satisfied on being informed that the state that refuses to allow student-led prayer at a high school football game is being sympathetically “neutral?” I doubt it. We need more appreciation of what current law does for both sides. Koppelman’s book will help there. But we also need more dialogue between those contending sides, dialogue that avoids official declarations of religious truth while acknowledging just how important it is for all of us to ask those questions. I’m not sure that calling that activity “neutral” will get us there.

Both Sides Have Their Reasons