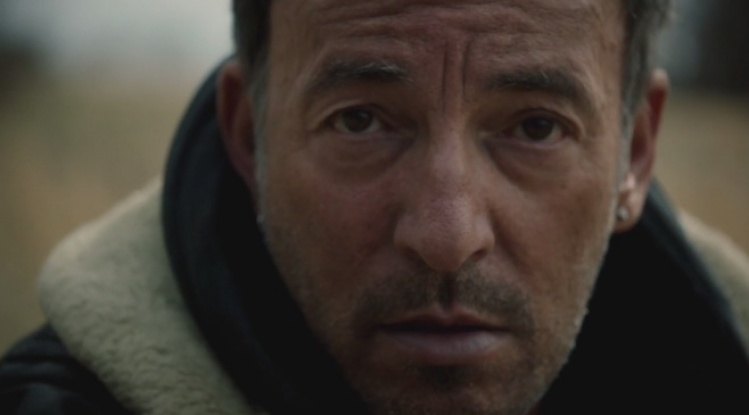 When we talk about the American "Catholic Imagination" in literature and the arts, the work of Flannery O'Connor is a sine qua non. Teaching on this subject, I often surprise people by juxtaposing her fiction writing not with Graham Greene or another great Catholic novelist, but rather with the songwriting of Bruce Springsteen.

Considering The Boss's oeuvre in this light is neither flight of fancy nor mere excuse to play music in class. The topic has been covered in the pages of Commonweal, the man effusively praised on the blog, and his stature confirmed back in 1998 by none less than Andrew Greeley, the scholar perhaps most associated with the analysis of the Catholic imagination.

Now it's true that Springsteen has cited Flannery O'Connor before, but I have not seen a quote as exquisite and evocative as this, from an interview in this weekend's New York Times. The reporter asks:

If you had to name one book that made you who you are today, what would it be?

And then Springsteen, who had earlier in the interview already cited O'Connor as the first author to influence his career as a songwriter, offers this assessment of his top literary influence:

One would be difficult, but the short stories of Flannery O’Connor landed hard on me. You could feel within them the unknowability of God, the intangible mysteries of life that confounded her characters, and which I find by my side every day. They contained the dark Gothicness of my childhood and yet made me feel fortunate to sit at the center of this swirling black puzzle, stars reeling overhead, the earth barely beneath us.

Perhaps he has the final scenes of the short story "Revelation" in mind, but really the quote encapsulates so much of what haunts O'Connor's world -- and thereby the American Catholic imagination writ large.

It is the mystery that does not confuse but halts through wonder; the experience of all life as both suffering and glory; the stubborn refusal to separate nature and grace.