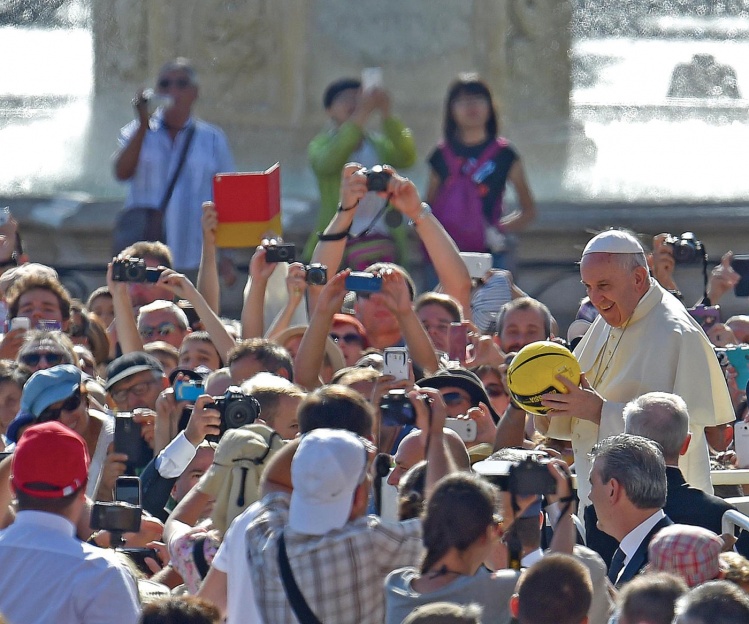 When Pope Francis says, “compulsive consumerism,” I hear, “enough is enough.” But what’s enough? Francis admits he’s no bean counter, so I turned to The Economics of Enough by the economist Diane Coyle. Francis and Coyle don’t speak the same language, but they address the same problem. The “haves” need to recalibrate our over-use of the world’s resources. Coyle, considering the long-term consequences of our rate of consumption, examines how to reduce the use of water, trees, soil, air, minerals, etc., so that future generations will have enough. Coyle’s proposals are economic and statistical: change the way we measure, regulate, and allocate. In Laudato si’, Francis looks at the big picture too, but his response is moral and pastoral: examine our consciences, rethink our needs, learn to share. Coyle’s solutions are macroeconomic: systemic change by governments and institutions. Francis wouldn’t disagree, but his words tend toward the microeconomic: systematic change by individuals and families in how we use our resources, for example, buying, eating, and disposing of our garbage.

Other places in the United States are far better at recycling than New York City (where I live), but over the past decade, I’ve seen a modest merger of macro and micro in “separating refuse”—as Francis puts it. In a city as large as New York, recycling is not uncomplicated. Some measures are mandatory, others voluntary; some people do it, some don’t. But laws have been passed, regulations issued, and garbage trucks have been reallocated. The macros in place, the system is expanding. Once only newspapers were recycled. Gradually magazines, junk mail, and cardboard were added; now pizza boxes can go into the bin shared by five apartments in our back hall. Directly next to it is another container for plastic and glass, milk cartons, juice containers, and bottles (but corks?). The “real” garbage can is often half-empty, reducing New York’s landfill needs.

Recently the civic-virtue ante has been upped: voluntary recycling of food waste. This requires willingness and organization. Buildings in pilot projects provide green buckets for kitchen waste that is dumped into a brown basket, collected by the sanitation department, and composted into soil for parks and gardens. Not in a pilot project? The able and willing cart their apple and orange peels, rotten carrots and onions, kale stems, lemon rinds, eggshells, coffee grounds—and that quintessential piece of garbage, banana peels—to “GrowNYC” farmers markets. Two are within walking distance of our apartment. I freeze the waste (to thwart the cockroaches), then fill a paper shopping bag (compostable), and walk the half-mile to the farmers market. New Yorkers gather before the huge containers at the market, as at the village well, to dump our stuff. It is inspiring, all this good will, all the smiling at our neighbors’ virtuous behavior. A small sign next to the cans reports that so far in 2015 farmers markets collected over 5 million pounds of food waste. Good for us. Let’s see what happens when food-waste recycling becomes mandatory.

Yet even after all those efforts, much more is needed. We could buy less, eat less, and waste less. We still ship tons of garbage to neighboring states—and to other countries. Will New York eventually export compost back to the places where bananas come from? The global challenge is both macro and micro. Yet, if the city of “compulsive consumerism” can rescue its peels, stems, and grounds for reuse, perhaps we can bask in Francis’s reminder that “there is nobility in the duty to care for creation through little daily actions.” Every peel counts.