St. John of the Cross

By Dorothy Day
From the Archives
Poverty
Spirituality 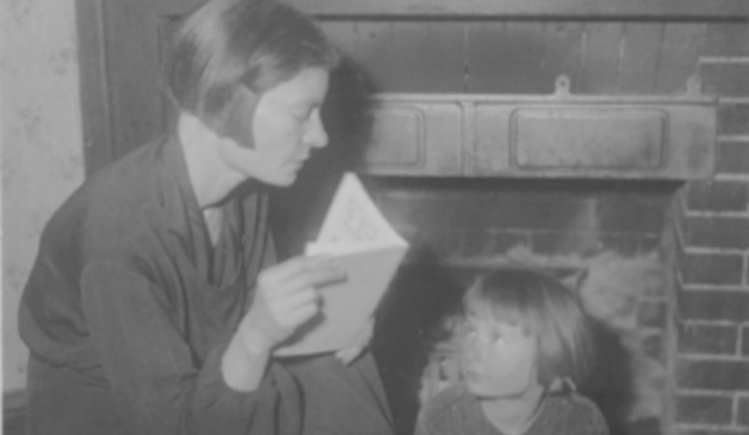 "We are poor, but we are also rich,'' said Teresa sagely, in reference to a remark of the little girl upstairs whose mother had just bought a new kitchen stove. "As long as we have a roof over our heads and a few spoonfuls of food, we are rich."

"But I want more than a few spoonfuls of food,'' said Dickie, who was having dinner with us that night and who has a healthy twelve-year-old appetite. "I want two or three helpings."

So dishing out some more baked potatoes and string beans, I began to regale them with, the poverty of Saint John of the Cross, whose life, by Father Bruno, I had been reading for the past week.

I told them about the heritage of Calvario where Saint John lived for a time. The former prior there had been unbridled in his ascetism. The only food he allowed his hermits was raw herbs selected by Brother Alonso the cook, who led his mule along the mountainsides and looked at what it fed on so that he might collect it.

"A good many of them would have preferred that he should cease from troubling himself," the account written at the time reads.

On feast days they had a stew of breadcrumbs seasoned with oil, garlic and pepper, and so strict were the hermits that some criticized this relaxation as unnecessary.

"I would have eaten the mule," said Dickie stoutly, buttering himself another slice of bread. "They ate horses during the war. I guess I coulda eaten mules."

"But Saint John wasn't so strict," I hastened to assure my guest. "He said that 'as men's minds are more inclined to society than to solitude, it was necessary in hermitages one should have a little more well-regulated corporeal solace than elsewhere,' so he must have remedied the scanty meals at Calvario, and then it could not have been so bad."

According to the account of Father Bruno who traveled all over Spain in the footsteps of Saint John, Calvario was a beautiful spot surrounded by orange, fig, almond and olive trees. The trouble with the place was that it was so small that the brothers were crowded and could not be alone. So at night John used to take them walking and after recreation by the banks of the stream which ran past the hermitage, he scattered his hermits to various points on the mountainside to make their evening meditation in peace and quiet.''

"That is like us," said Teresa, spooning up her apple sauce. "Down in the country we have such a little, little hose, it is like the colored people's houses down in Florida. So when we want to get away from people, we go walking on the beach and sing 'All ye works of the Lord.' "

"We never have enough room anywhere," said Dickie, who is a big fellow and finds it hard to dispose of his arms and legs. "If the rooms aren't too small, then there are always grandmothers and relatives hanging around and telling you to turn off the radio.''

Saint Teresa, the good friend of Saint John, loved poverty dearly too. "The great honor of the poor is in being really poor," she says in her 'Camino.' But she adds that she made Saint Joseph her banker and never hesitated at any useful expenditure. "She was too supernatural and too intelligent to do things by halves," Father Bruno says. She herself writes, "Saint Teresa and three ducats is nothing, but God, Saint Teresa and three ducats is everything.''

One of her first aims in her new houses was to see that her nuns had enough to eat, though she herself had to skimp of ten. One of the evils of the unreformed order lay in the fact that the convents were so poor (Reverend Father Rubeo after visiting them in 1567 forbade them to receive any more novices "for they would be in danger of dying of hunger") that the nuns fell into lax habits of sociability in order that they might receive from the hands of their friends sweetmeats and dainties to eat.

Saint Teresa not only loved poverty hut she had a great respect for poor people, just as Saint John of the Cross had, and she was too "supernatural-minded" to turn away Andrada, the ragged young student at Toledo who offered to help the Sisters. "He had nothing but himself to help them with, he said," Saint Teresa writes in her "Foundations.'' "It amused me much and my companions more, to see what sort of assistance the holy man (Brother Martin of the Cross) had sent us; for his appearance was not that of a person for barefoot nuns to associate with."

But she asked him to find a house for them, which he did in a day. He told them it would be cleared out and for them to bring their things, and he expressed no surprise at the two mattresses and one blanket which Saint Teresa and her two companions had. "We went for some days with the mattresses and the blanket without more to cover us, and one day we had not even a bit of wood to broil a sardine," she writes. "At night we suffered a little from cold, for it was cold; however we covered ourselves with the blanket and with the serge cloaks which we wear over our habit, which have often been useful to us.''

"She can't have been much more uncomfortable than I was all last winter," said Teresa's uncle, who is six feet and also young and gangling, "on that bed which folded up and had ridges in the middle and a mattress two inches thick. But I slept all right," he added.

I commended his saintly patience and continued my talk of the saints of those days. There were a great many of them-not only Saint Teresa and Saint John of the Cross. Father Bruno tells of Anne of Jesus, Beatrice of St. Michel, Catherine of St. Albert, Magdalene of the Holy Ghost, Frances of the Mother of God, Catherine of Jesus, Anne of Lobera and Marie de la Cruz. Catherine of the Conception, the holy Portuguese, was so gay "that she went to heaven laughing," as Saint Teresa put it.

They were all very gay and happy as a matter of fact. Blessed Anne of St. Bartholomew who knew Saint Teresa better than anyone, tells us "that she did not like melancholy people, that she herself was not gloomy and did not wish others to be so in her company; she used to say, 'May God deliver me from surly saints.' "

When Saint Teresa entered her convent to take the habit as a young girl, she went there dressed in an orange colored dress with black velvet trimmings. She was always lighthearted—and I picked up Father Bruno's book to read some of it aloud.

"Teresa, like Saint Peter of Alcantara," he writes, "did not insist so much on mortifications of the flesh as on desnudez, the solitude and silence so necessary and fruitful for the spiritual life. . . . The primitive rule does not prescribe absolute silence, save from after Compline to Prime of the following day. Teresa, in order to put a stop to unnecessary conversation, settled on two hours of recreation, one in midday, the other in the evening, during which time ‘things are so combined that we learn to know our own faults, at the same time enjoying relaxation which helps us the better to support the austerity of the rule. But the slightest detraction is strictly forbidden.’ There is nothing cold or formal about these recreations she speaks of, which are so useful for acquiring self-knowledge. They have not the slightest appearance of prescribed duties. The Sisters chat as they work, for Teresa did not intend them to be idle. This does not prevent gaiety, even though there be no great desire for laughter. One day while she was still at Rio de Olmos, very tired and feverish, she was going to her cell at recreation time when a young lay Sister, a novice, who saw her slipping away, said to her: 'Are you not coming with us, Reverend Mother?' Teresa smiled and said, 'All right Sister, I'm coming.' She had a tabor and castanets, and she sang and danced. 'A queer sort of mother-foundress!'

"In her, the mystical impulse, poetry and childlike gaiety were all in harmony. She said to some peevish Sisters who took scandal, 'All this is needed to make life endurable.' Father John was not scandalized, and he acted in the same way more than once. He is a poet, the poet of the dark night, but also the poet of joy and love.''

Before reading Father Bruno's book, I was acquainted with Saint John of the Cross only through the writings of Saint Teresa and through some translations of his poems. I knew very little about him, and though I was sure he was not a surly saint, I had thought him an extremely solitary one. So I was glad to find in Father Bruno's pages that his brother, Francisco de Yepes, was always his very dear friend and followed him in his wanderings often. And Catalina Alvarez, his mother, who had been left a widow early to support her two young sons by her silk weaving, came to his house at Duruelo from her home in Medina in order that she might cook for the Fathers in the first house of the reformed Carmelites. I thought as I read of the devoted Catalina, how Don Bosco's mother sold all that she had in order to help her son in his work for the youth of the city streets, and how she too came to live in his first house to help with the cooking and cleaning.

He was indeed poor, but, as little Teresa says, "he was also rich," this valiant saint!

Tags
From the Archives
Poverty
Spirituality