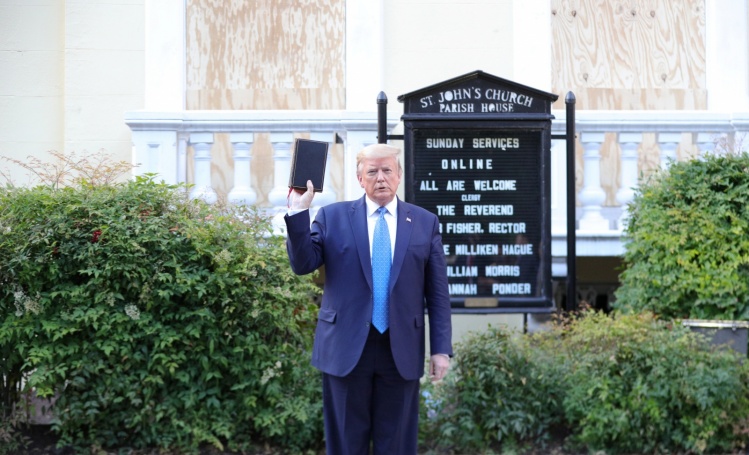 I used to be a Dante scholar, so I’m accustomed to answering questions about the poet no one asked. Here’s one: Were he alive today, to which circle of hell would Dante consign President Donald Trump? Trump’s sins are many, so Dante would have options: there’s the second circle, which punishes the lustful, or the third, for bloated gluttons. Trump could also be at home in circle four (avarice and prodigality) and five (anger and acedia, or laziness). So much then for crimes of passion, or, in Dante’s Aristotelian framework, offenses that involve only the will. The penalties in those circles seem too lenient. So what about circles reserved for more cold-blooded transgressions, which require the intellect? Circles seven (violence), eight (simple fraud, including flattery, thievery, and barratry, or selling political office), and nine (treacherous fraud, reserved for the most serious felons, who betray relatives, country, guests, and benefactors) all seem viable. But sending Trump there is contingent on him demonstrating the conscious use of his intellect, which, of course, would be difficult. That leaves just circle six: heretics and atheists.

Those are serious charges, so what evidence might Dante adduce to support such a claim? First, a note about how Dante’s poetry operates: the Divine Comedy is a sprawling, encyclopedic work, with hundreds of characters. In it the poet recounts his own journey to God by way of the three realms of the medieval afterlife: hell, purgatory, and paradise. As Dante (usually called “the pilgrim” by critics) wends his way along the path of salvation, every one of his encounters with such characters teaches a kind of moral lesson, illuminating different aspects of human vices and virtues against the background of divine justice and grace. What makes Dante’s writing so singularly compelling, as Erich Auerbach, T. S. Eliot, Jorge Luis Borges, and other readers have pointed out, is the poet’s uncanny ability to render a character’s entire essence almost instantaneously, often with just a single dramatic phrase or gesture.

One of the most memorable is Farinata degli Uberti. He was an aristocratic Florentine military captain who, after being expelled from his native city, famously led Sienese troops against his fellow citizens, routing them at the bloody Battle of Montaperti in 1260. Dante meets him among the circle of the heretics and atheists in Canto 10 of the Inferno, standing in an open stone tomb licked by flames. Farinata’s crime, as Dante presents it, isn’t so much the explicit rejection of a belief in God—medieval people couldn’t really conceive of “atheism” as we do—as it is the conviction that “the soul dies with the body” (a view then known as “Epicureanism,” after the Greek thinker Epicurus). In practice, such a philosophy amounted to a rejection of the existence of any eternal meaning or value beyond oneself. An Epicurean for Dante is a person who arrogantly makes himself into his own god.

In the Inferno, Dante decides to make an example of Farinata. As the pilgrim passes his open tomb, he sees the captain rising defiantly “from the waist up,” puffing his chest and holding his forehead high. Farinata’s gesture, which conveys spiteful disdain (gran dispitto) for hell (and by extension for God’s justice, which rightly punishes sin) is intimidating, but it’s also pathetic: rather than power and grandeur, his stance reveals his smallness. His condescending speech is no better: obsessed with the status of his family name and the political fortunes of his descendents, Farinata hardly notices that he stands alone, literally burning forever in hell.

We shouldn’t let Trump scare us. He’s the one who’s afraid.
sharetweet

Which brings us to Trump, and his sacreligious photo-op staged outside St. John’s Episcopal Church in Washington D.C. on June 1. One photo shows the president before the boarded-up church, brandishing a closed Bible (a Bible, not his!) above his right shoulder; another has him posing awkwardly with the book (reportedly taken from his daughter Ivanka’s $1,540 MaxMara handbag) positioned in front of the blue power tie hanging on his chest. In both pictures, Trump wears a grim, dour expression. Beyond the visual congruence with Dante’s Farinata, the similarities between the moral character of the two men couldn’t be clearer: both are violent narcissists. Not only do they lack compassion and awareness of their surroundings; they also don’t believe in God. What else but boundless egoism (and, by consequence, de facto atheism) could explain the petty thuggery with which Trump (reportedly via the order of Attorney General Bill Barr) violently dispersed peaceful, legitimate protestors without warning? And after the protestors were gone? “He did not pray,” said Episcopal Bishop Mariann Edgar Budde. “He held up his Bible after speaking an inflammatory militarized approach to the wounds of our nation.” What attitude could possibly explain such a blasphemous gesture but Trump’s great disdain—gran dispitto—both for the sacred content of the book he likely never reads, and for all people of good will who strive daily to live by its precepts? The answer is clear: Trump (like Farinata) believes in nothing and no one but himself. It’s time all Christians admitted it.

Thankfully, some have. This week a growing chorus of religious leaders—including Catholic Archbishop Wilton Gregory of Washington, who called Trump’s short visit to the John Paul II National Shrine the following day “baffling” and “reprehensible”—began issuing more pointed critiques of the president. That’s good news, and more forceful condemnation is certainly welcome. But we shouldn’t just look to our religious leaders to admonish Trump. Nor is anger and outrage the only religious response available to us. Trump continues to succeed in bluffing his way through his presidency in part because of the image of power and violence we allow him to project. Threats of war with North Korea and Iran, the detention of children in cages at the border, the sadistic desire to “dominate” U.S. cities through military occupation indeed strike real fear and do real damage to real people. Trump’s words and actions—often delivered via Twitter, often agrammatical, often misspelled—are calibrated to enrage and frighten us. But they don’t project real power. Just the opposite. Trump is comically, hopelessly pathetic. He’s weak. We need to keep saying so, so that we actually believe it. Because it’s actually true.

Dante would have agreed with C. S. Lewis: if there’s one thing the Devil can’t stand, it’s being mocked. Because that’s what evil is, in essence: a mockery of the good, the opposite of the real. In Dante’s view, evil is properly understood as a parody of the triune God of Love, whose very essence is being-in-relation. He dramatizes the concept at the end of the Inferno, and there’s a lesson in it for us as we enter the summer anxious about how the rest of Trump’s term will play out. After witnessing the lowest, frozen depths to which humanity can sink (epitomized by the character Ugolino, who coldly gnaws on the bloody skull of his mortal enemy Archbishop Ruggieri), Dante concludes anticlimactically and ironically. Lucifer appears not as a fallen angel or scary demon, but as an oafish beast with three ugly faces and bat wings. Fright gives way to laughter and confidence. After seeing Satan for who he really is, Dante has nothing left to fear: he climbs out of hell by shimmying up the devil’s giant furry leg.

We shouldn’t let Trump scare us. He’s the one who’s afraid, acting out and saying stupid things because he knows he can be beaten. Here’s hoping we’ll emerge from this fraught moment chastened, free from fear, and (as Dante has it) “pure and prepared to climb to the stars.”