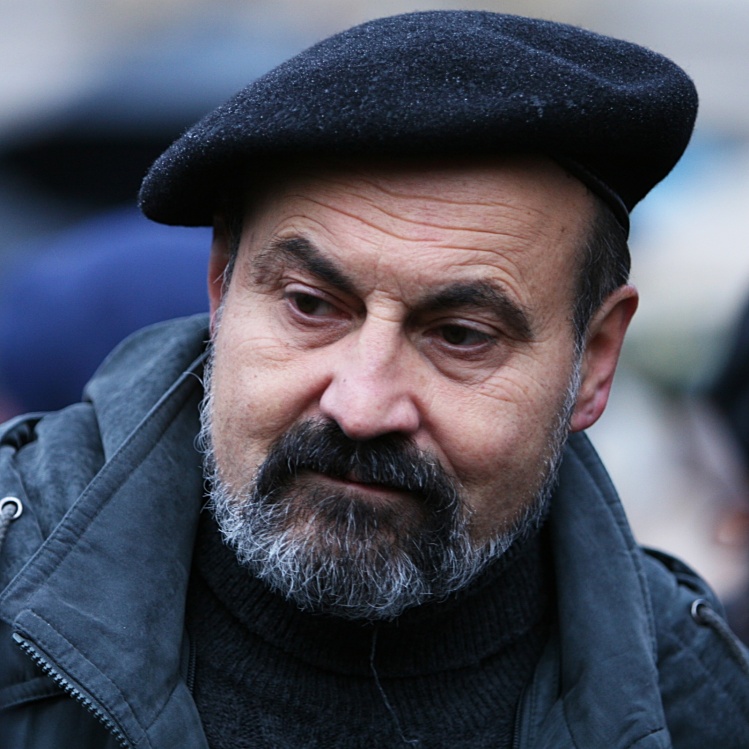 The Velvet Revolution, the 1989 revolt that ended the Communist regime in Czechoslovakia, was one of the great events of the postwar era. The Czech and Slovak generation that fomented it lived through an eventful half-century that took on the dimensions of high drama.

The first act of the drama could be said to have begun with the 1948 installation of a Stalinist regime in Prague. It would end in the mid-1960s, during the brief but rich moment of cultural and democratic renewal known as the Prague Spring. The second act might begin in 1968, with Soviet tanks putting a violent end to the Prague Spring, and show the dreary era of “Normalization,” when a Soviet puppet regime sought to undo the progress of the previous decade.

A happy final act could be traced from 1976 to 1989. The year 1976 saw the publication of Charter 77, an open letter that denounced the Communist regime’s human-rights abuses. (Many of the letter’s signatories were exiled, imprisoned, or lost their jobs.) Things looked bleak but, in a stunning reversal, the hopes of a people scarred by Stalinism and Normalization eventually prevailed in November 1989, when a series of peaceful protests led to the ouster of the Communist regime. To paraphrase one of the chief revolutionaries, the writer-turned-president Václav Havel: Truth and love triumphed over lies and hatred.

The Velvet Revolution was the product of art and culture, not only politics. Legend has it that its name was derived from The Velvet Underground & Nico, the 1967 New York rock album secretly distributed behind the Iron Curtain. The arrest of The Plastic People of the Universe, a homegrown rock group, was one of the inciting incidents for Charter 77. Václav Havel made his name as a playwright and essayist before entering electoral politics. Renowned philosopher Jan Patočka was the designated spokesman for the Charter 77 signatories, and something like their older, sage-like conscience.

It is as a testimony to this history that Tomáš Halík’s newly translated autobiography, From the Underground Church to Freedom, is of interest to American readers. A Czech priest and writer, and winner of the 2014 Templeton Prize, Halík served as a spokesperson for the church during the Velvet Revolution. Halík converted to the Catholic faith and discerned a vocation to the priesthood during the Prague Spring. In 1989, he would emerge as one of the intellectual leaders of post-Communist Czechoslovakia and (after partition) the Czech Republic.

Most of the book reads like a cross between a conversion story and a thriller: a tale of saints and books, state surveillance and spiritual reflections, underground journals and clandestine liturgies, secret words exchanged between dissidents in bus stops or whispered on Old World bridges at night. The thrill is not undone by the plodding last third of the book, a long account of Halík’s post-1989 successes, awards, trips, and academic appointments, including a fascinating account of a trip to Antarctica.

Given his background, Halík’s conversion was unexpected. Many Czechs have long had an ambivalent relationship with the Catholic Church, in part due to a nationalistic desire to shuck off all ties to the Austro-Hungarian Empire. Moreover, the story of Jan Hus, the Czech reformer burned at the stake by Catholic authorities in 1415, has never left national memory. (The story impressed the precocious young Halík.) Though they baptized him as an infant, Halík’s parents were not churchgoers. But they did nurture his intellectual growth. Halík’s father was a respected literary translator with tacit anti-regime inclinations, who worked as a librarian (“the library was a repository for politically unreliable people,” he writes). Later in life, Halík would thank his father “for helping me find faith, in spite of being an ‘atheist,’ and for giving me the best religious upbringing by having been a good father.”

The life of the mind was integral to the work of resistance. Professors educated Halík in the modern thought of Arendt, Heidegger, and Rahner.
sharetweet

Halík discovered his vocation to the priesthood in his twenties, during the post-Stalinist “thaw” of the 1950s. This was a time when “the regime was no longer ‘the iron fist of the proletariat’ but seemed instead to consist of ludicrous bloated bureaucrats confronted by long-haired and bearded intellectuals in black sweaters with feelings of alienation in their heads.” This period was hospitable enough for learning; many priests were released from prison and became Halík’s teachers. Halík read voraciously, including many Catholic authors. His education, paired with his deep sense of interiority (“the expressive feeling…that at the very center of [my] solitude there was Someone with me”), and an encounter with a priest named Jiří Reinsberg, all contributed to his conversion and eventual priesthood. Reinsberg’s preaching moved Halík, who “gradually, Sunday by Sunday…shifted from my safe distance near the church door, pillar by pillar, closer and closer to the pulpit and the altar.”

Under the Communist regime, priesthood took on a special form: the priests of the underground church in Czechoslovakia worked in complete anonymity. Similar to the French worker-priest movement of the 1940s, the Czech underground priests adopted other trades and professions and saw their vocation as requiring them to live their lives immersed in the secular world. Halík worked as a psychotherapist, never telling anyone about his ordained status unless it was absolutely necessary. Both his mother and the cardinal of Prague did not know he was a priest. (Halík was ordained by a German bishop.)

Halík’s life took a definitive turn in 1968 while he was studying abroad at Oxford, feeling helpless as the Soviet tanks rolled into Prague. (Halík, like all of his generation, was also deeply affected by Jan Palach’s protest by self-immolation later that year.) Soon, study trips to the West would no longer be possible. Despite the fact that his experience at Oxford was one of the happiest of his life, Halík decided that he had a duty to return to Prague and join the resistance. He took a train home, thinking he would likely never again receive an exit visa. He did not leave Czechoslovakia, except for a few state-sanctioned trips, until 1989.

Between 1968 and 1989, Halík was involved in all sorts of clandestine activities. As a priest, he said Masses, taught seminarians, and worked as a spiritual director. With fellow intellectual dissidents like Havel and Patočka, he participated in underground university seminars, wrote articles published in the secretive Samizdat journals, and helped distribute Charter 77 (though he did not sign it, because his bishop believed doing so might endanger his secret status as a priest).

The life of the mind was integral to the work of resistance. Professors like Patočka educated Halík in the modern thought of Arendt, Heidegger, Rahner, and others; guest professors from the West, ranging ideologically from Jacques Derrida to Roger Scruton, conducted secret seminars.

But it was the philosophical school known as “phenomenology” that was particularly important. Halík writes of being “high on phenomenology” after one of Patočka’s lectures. Phenomenology sought, among other things, to undo the Enlightenment notion that the empirical sciences can explain all reality. Instead, phenomenology attempts to uncover the primacy of first-person experience, which precedes any scientific data-gathering; it gives dignity of place to the daily realities—like beauty and value—that the empirical sciences cannot measure. Jean-Paul Sartre once wrote that phenomenology “restored to things their horror and their charm.”

Phenomenology was also fundamentally at odds with the state-imposed Marxism taught in Eastern-bloc universities. It assigned a bigger role to individual conscience than to material processes in determining the course of history. In the first half of the twentieth century, phenomenology was embraced by Catholic theologians like the young Karol Wojtyła.

Halík emphasizes the Catholic elements in the Velvet Revolution, an event that was “marked by wit, laughter, and singing,” rather than violence and hatred. He prefers to call it “the Revolution of St. Agnes.” Havel’s arrest in January 1989 is often said to have sparked the revolution. But Halík observes that according to Czech legend, upon the canonization of Agnes of Bohemia—a princess who eschewed her riches for a life of charity and poverty—“all would be well in the Czech lands.” Agnes was canonized on November 12, the Velvet Revolution began on November 16, and the regime was gone by November 29.

Halík also argues that Cardinal Tomášek’s televised Mass commemorating the canonization of Agnes, during which he expressed support for the protests, was a key moment. He claims that “Prague had two heroes: Václav Havel and the priest Václav Malý.” Malý became a hero when he led thousands of protestors in reciting the Our Father during a critical moment when it appeared that the crowd was about to attack the policeman in charge of suppressing the protests: “The young policeman apologized with a faltering voice, and Václav Malý appealed to the crowd for reconciliation and forgiveness.”

In recounting these events, Halík is not attempting to “baptize” the Velvet Revolution. Rather, he seems to be building on the same general insight expressed by other, secular Czech dissidents. “Consciousness precedes being, and not the other way around, as the Marxists claim,” Václav Havel declared in a 1990 address before the U.S. Congress. This is not a dig against socialist economics, but a theory, inspired by phenomenology, about political reform. No material progress can be made without cultural renewal and the transformation of the consciences of individuals: “The salvation of this human world lies nowhere else than in the human heart, in the human power to reflect, in human modesty, and in human responsibility.” Halík stands on the same conviction when he claims that after Malý’s Our Father, the 1989 revolt “was no longer a political struggle but something much more significant: a spiritual healing. The situation suddenly turned into a sacred moment with a therapeutic dimension.”

For Halík, the church was an aide to the revolution because it provided the spiritual impetus and educational institutions for a cultural conversion. The revolution did not create utopia, and today the Czech Republic and Slovakia suffer from many of the same problems that afflict the rest of Europe. But it did usher in a new, hopeful way of looking at the world, and a renewed appreciation for truth and justice. This cultural epiphany might not be sufficient for long-term reform; but long-term reform, Halík would say, cannot come without it.