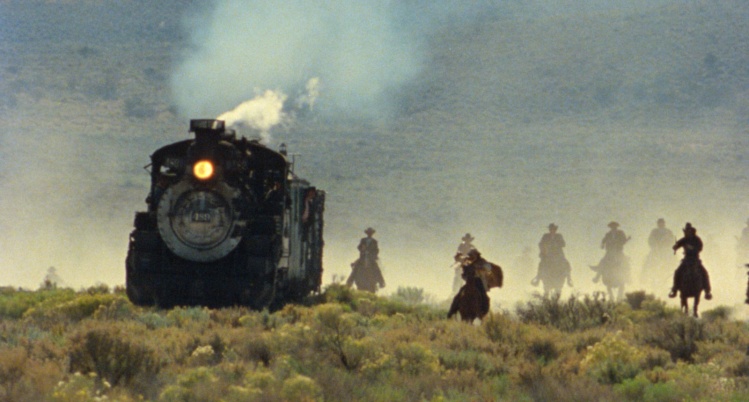 This essay is the fourth in a series of Lenten reflections on world cinema and social justice, using the medium as a point of departure for a meditation on race, spirituality, and social change. Catch up on her first, second, and third pieces.

At the turn of the century, more than fifty years after Texas had, through war, won its independence from Mexico, two cultures—the Anglo and the Mexican—lived side by side in a state of tension and fear. From a story of that era come different accounts of the same event...

These words introduce The Ballad of Gregorio Cortez, Robert Young’s 1982 film dramatizing the 1901 ordeal of a Mexican man living in Texas whose inability to speak English has tragic consequences for him and his family. The true story of Cortez—accused of crimes he didn’t commit, pursued by Texas Rangers in a frenzied manhunt, captured, tried, imprisoned— became a South Texas legend and the subject of a widely read novel before being made into an independent film, which is now considered a masterpiece of Chicanx cinema due to the efforts of both Young and producer Moctesuma Esparza.

The plot is set into motion with a literal misunderstanding. Investigating a horse theft, a sheriff and his translator show up at Cortez’s ranch; when Cortez (Edward James Olmos) says, in Spanish, that he has done nothing wrong, his words are improperly translated as “No man can arrest me,” leading the sheriff to draw his gun and shoot Cortez’s brother. Cortez fires back in self-defense, killing the sheriff—and then flees for his own life. What follows is an epic chase, with breathtaking shots of men racing on horseback across the open countryside and Cortez managing a number of narrow escapes as the hunting party grows. Indeed, the film in many ways emulates a classic Western.

But it’s also an examination of how bias may shape and (mis)inform a narrative that in turn strengthens and amplifies those original prejudices. The rangers are plainly racist, their hostility extending to all the Mexicans they encounter in their pursuit of the lone Cortez—who through rumor and the help of a sensationalist press is transformed into the leader of the ruthless but nonexistent “Cortez gang.” At one point, a panicky shout of “Mexicans!” is enough for the rangers to unleash a wild volley of shots into a crowd. Surveying the bloody scene afterward—two innocent Mexicans lie dead—one of the rangers remarks: “Neither one of these two is Gregorio Cortez, I can vouch for that. But they could be part of the gang and those horses they’ve got are probably stolen. To hell with it. Two less Mexicans we’ve got to chase down.”

Knowing that I can never fully understand others, in all our suffering, joy, and complication, is hardly an excuse not to try.
sharetweet

To the hunters and their supportive public, Cortez becomes a larger-than-life criminal, impossible to imagine as just an ordinary man. When the rangers happen on a Mexican quietly watering cattle, it doesn’t cross their mind that here is the “murderous” Cortez, though that’s just who this unassuming bracero really is. Their failure isn’t spun as incompetence, but attributed to “Mexican” slipperiness and sneakiness; in eluding capture, it’s Cortez who’s not playing fair. Juxtaposed against this incident, however, is one that speaks to the power of personal encounter. Cortez stumbles upon the encampment of a solitary Texan; after a cautious interaction, the man offers Cortez food and, as night falls, begins to confide in him about his loneliness. Then realization strikes: “You don’t understand a damn word I’m saying,” the man laughs. But he continues to talk, grateful for Cortez’s silent company.

Yet Cortez can’t outrun his pursuers forever. Upon his capture, he is provided with a state-appointed attorney, who, with a translator, tries to clear up what happened that fateful night. Now the film flashes back to Cortez in the moments before the sheriff appeared at his door, shown this time from Cortez’s perspective. He is shaving, surrounded by children and other family members, a moment of domestic serenity. Then, with the arrival of the sheriff, tension quickly mounts, and the simple inability to communicate leads to bloodshed. We see Cortez in the immediate aftermath, traumatized and frantic, attempting to resuscitate his dying brother as his son cries in the background. The other side of the story becomes more clear.

But this doesn’t make its way into the trial, which as depicted paints a grim picture of the American justice system. Cortez’s lawyer attempts to explain to the jury that use of force for self-defense is legal in Texas, but to no avail. He explains how Cortez has a family and acted as any other man would, but to little sympathy. Meanwhile, the prosecutor portrays Cortez as almost inhuman and emphasizes the grief of the sheriff’s wife and family, who are crying in the benches, their loss understood to be far greater than that of the Mexican on trial. The jury in turn empathizes with the pain of a recognizably familiar victim. In the film’s closing moments, we see Cortez and his family moving down a street lined with angry Anglo-Texans, as he is led to the train that will take him to prison.

In real life, Cortez’s conviction was reversed multiple times, but he remained in prison for twelve years before finally being pardoned by Texas’s governor in 1913. The film conveys characteristics of the actual Cortez, who was said to have a soft temperament and remarkable way with animals—one scene shows Cortez calming his exhausted, scared horse in his arms. But as a result of his popularity among Mexicans in the border region, he also became a symbol of resistance and strength in the face of injustice. There are scenes in the film showing the vigils the Mexican-Texans held for Cortez; at one point a ranger says that if “the Mexicans ever do get around to using the vote, he’ll be the most popular man in the state.” 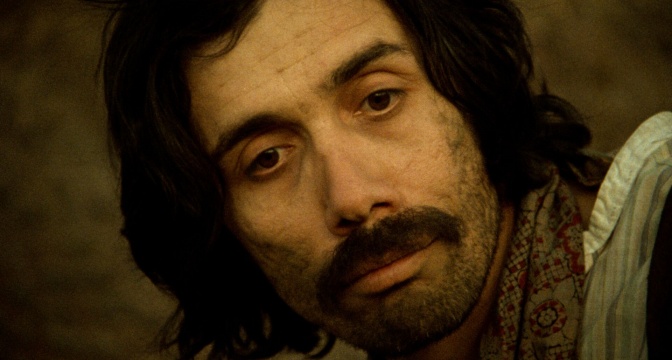 Today, “El Corrido de Gregorio Cortez” is still sung, a fact more poignant given the injustices that still unfold along racial lines. But it also serves as a reminder of how our fears are often entirely misplaced or unwarranted, symptomatic of misunderstanding and misinformation, exacerbated by insufficient opportunity for individual encounter. Generalization substitutes for specificity—just the dynamic spurring the Texan jury to see Cortez locked up. But even far from the border, even today, I know I’m prone to the same impulse to generalize—to presume to know just what someone is about within moments of meeting them. Subconscious bias plays out in almost every first meeting we have: we think we know what someone stands for by the way they dress, the way they talk, the people they’re surrounded by. Secondhand stories contribute to the schemas we formulate about people we don’t even know. Our human tendency to judge reveals itself in the most unflattering ways. The Ballad of Gregorio Cortez reveals how unjust the consequences can be.

As we move through Holy Week, I realize how our own impulse to judge reflects just the same impulse that put Christ on the cross. Maybe that’s why reading the Passion during Holy Week, seeing firsthand the agony Christ encountered as a result of our ignorance and sin, stings with a fresh rawness each time. When we, the crowd, chant “Crucify him!” during Palm Sunday Mass, we’re no different than the rangers who sought to capture Gregorio Cortez.

A lack of encounter, a lack of communication, a lack of understanding, culminating in a lack of empathy. There’s a line from St. Francis of Assisi’s prayer that has played in my mind recently: “O divine master, grant that I may not so much seek...to be understood as to understand.” Knowing that I can never fully understand others, in all our suffering, joy, and complication, is hardly an excuse not to try. Rather, the act of seeking to understand, the yearning to know God through the everyday people in whom he dwells, to see from where we each come in our hearts, might be just what God wants from us. After all, there’s a difference between our derived certainty and our very human trust—the former is constituted of imperfect judgment, and the latter requires a certain level of humility, an awareness of our failure to see each other as God is able to see us. Striving for the latter, desiring to understand beyond the limited range of our small, banal judgments, will help prepare us to encounter the risen Christ through the people (both familiar and stranger) we meet every day—even if we may not understand a damn thing the other is saying.