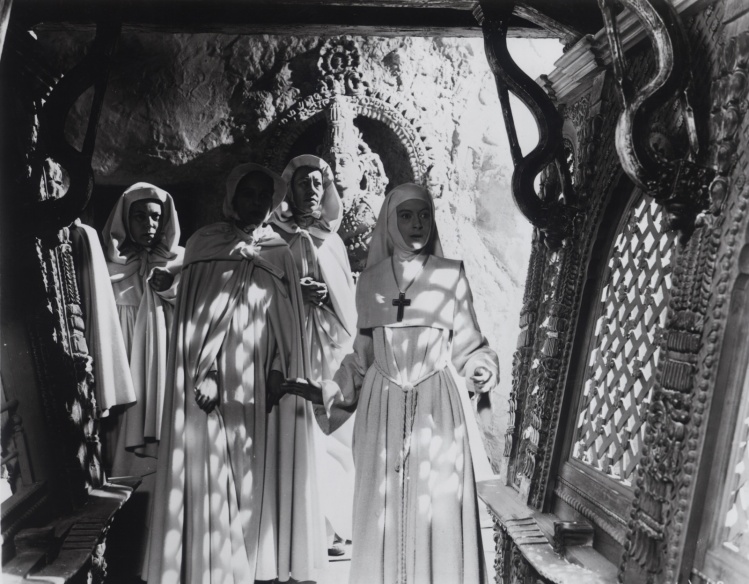 This essay is the first in a series of weekly Lenten reflections on world cinema and social justice. Each week, Nicole-Ann Lobo will choose a different classic film, using it as a point of departure for a meditation on race, spirituality, and social change. Check back soon for the next installment.

Each year, Lent presents us with an opportunity for deeper intentionality: the season is one of rebirth, a chance to prepare ourselves for the resurrected Christ. This Lent, much of what’s on my mind relates to our political moment. It seems that every day brings new crises, overwhelming my ability to consider the work I need to do. It’s tempting to tune out the world and turn my attention solely to my own spiritual life. But I’m reminded of a line from Óscar Romero’s “The Violence of Love”:

I wondered if, in this Lenten spirit of improvement, media (with which we’re relentlessly confronted) might in fact help me discern how to be a better person while retaining a commitment to history, a belonging to the world itself. Hence this first installment in a series of reflections pertaining to the treatment of justice in cinema. By putting a special focus on race, and how Christianity and our concept of justice are interlinked in several seminal movies, I hope to reach a point of greater understanding: perhaps by finding God in film, we might better search for Christ in our everyday lives. 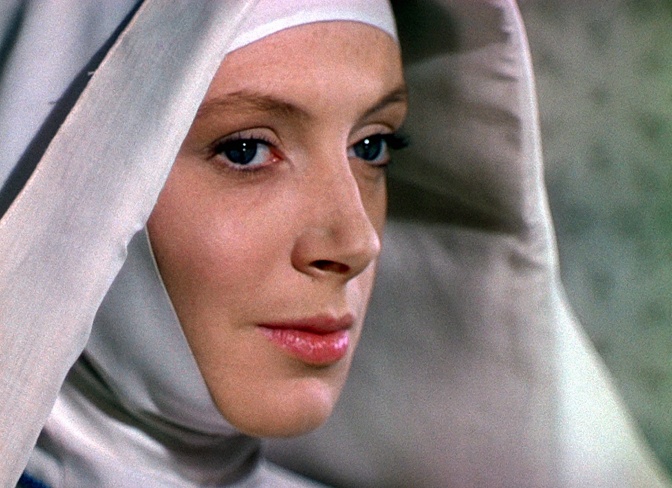 I’m starting with Black Narcissus (1947), directed by the talented (if underrecognized) duo Michael Powell and Emeric Pressburger and based on Rumer Godden’s 1939 novel. It follows a group of nuns at a newly established Anglican convent in the remote Himalayan village of Mopu. The main character is a young nun named Sister Clodagh—played by Deborah Kerr—whose job is to get the new convent up and running. “Remember, the superior of all is a servant of all,” Sister Clodagh is warned by her mother superior in Calcutta, before setting off with four sisters in tow: Sister Briony, who is strong and forthright; Sister “Honey” Blanche, possessed of the cheer that will surely be needed in the remote setting; Sister Philippa, who will tend to the convent’s garden; and Sister Ruth, chosen to recognize her commitment to the order but also because her declining health is too big a burden for the sisters in Calcutta to bear.

In Mopu, Sister Clodagh encounters an expectedly challenging environment. The convent is located in a deserted palace perched upon a mountaintop, and once housed its former occupant’s concubines (a foreshadowing detail). No part of this early Technicolor movie was filmed in India, but the set designers created a visually stunning backdrop from painted cycloramas and black-and-white film colored with pastel chalk to evoke the essence of the Himalayas. The nuns’ surroundings are made to look, and indeed feel, seductive and “exotic,” from the mountainous landscape itself to the people inhabiting the valley below, the rich, vibrant colors of their clothing contrasting with the holier-than-thou white worn by the nuns. But there are unsettling qualities as well: ominous gusty winds hint at something sinister beneath the would-be pious atmosphere of the convent.

Black Narcissus unfolds largely as melodrama, following Sister Clodagh’s relationship with Dean, a ruggedly handsome local British agent. As initial friction yields to palpable attraction, Sister Ruth also begins to fall for Dean, much to Clodagh’s ire. Tensions within the convent flare, threatening its mission and revealing how jealousy, lust, and divisiveness can endanger even the most “holy” of endeavors.

But attentive viewers might have anticipated this conflict. The whiteness of Kerr’s Clodagh is frequently blinding, while Sister Ruth is frequently shot in hues of red, suggestive of something Satanic. In moments of both revenge and rapture, this red is exaggerated. Her eyes glow with a deep fire, her lips are stained crimson; in one scene, she even dons a sultry scarlet dress. These surface details are obvious signs of the darkness beneath; as critic Michael Walker has noted, both nuns carry within them “the seeds of their defeat.”

That Christ is found less in the nuns than in the non-white, non-Christian, villagers they have come to serve forces us to check our assumptions of what is good and holy.
sharetweet

But there’s more to the film than the conflict between these two. There are also the preconceptions and presuppositions all the sisters bring to their new surroundings. These are revealed most plainly in their interactions with the Young General, upon whom Sister Ruth bestows the nickname that gives the film its title. It is the name of the fragrance the Young General obtained from the Army and Navy Stores in London, a fragrance Sister Ruth is less than enthusiastic about. She gossips with the other nuns: “‘Black Narcissus.’ That’s what I’m going to call him. It’s a wonderful name for him. He’s so vain, like a peacock. A fine black peacock.” One of the other nuns replies that the Young General isn’t black, to which an indifferent Sister Ruth responds, “They all look alike to me.”

Other characters are treated with similar dismissiveness, including the attractive lower-caste villager Kanchi (played by Jean Simmons, whose skin has been darkened with makeup). Her pursuit of an upper-caste husband is interpreted by Dean and the nuns as indicative of promiscuity and seductiveness. Indeed, as portrayed, she is largely silent, her exoticism linked with eroticism. She resembles precolonial devadasi temple dancers in India, who were esteemed for the sacrificial nature of their vocation. Ornately dressed, the devadasi would perform for Hindu gods and wealthy temple patrons. But the colonizing British, misunderstanding their role, sexualized the devadasi, who often became outcasts as a result. That’s Kanchi’s fate as well: the sisters seem to see her as beyond redemption; it’s almost as if they don’t even want to bring the Christian message to her or any of the local people.

Their own self-serving piety is plain, particularly in a scene involving the Young General, Sister Clodagh, and Dean. It follows a Christmas caroling celebration to which Mopu’s villagers were invited. The Young General thanks Sister Clodagh for allowing him to come, telling her that he is very interested in Jesus Christ. Clodagh, seemingly deaf to the positive reaction to the nuns’ evangelical mission, reacts with puritan shock: “We don’t usually speak of Jesus Christ so casually.” Dean offers his unsolicited two cents: “Well, you should! He should be as much a part of your life as your daily bread.” This sort of moralizing by the film’s non-local characters is heard throughout. Powell and Pressburger were lauded for being ahead of their time, given how critically the film portrays the evangelical mission. Little of the spiritual guidance the sisters offer, it seems, is actually rooted in selflessness or love for Christ—rather, envy, offensiveness, and Pharisaical piety seem to dominate. In this way, the nuns in Black Narcissus portray a deeply debased take on Christianity, absent of any spirit of demureness, wonder, or even authentic happiness.

But in the midst of this, the Young General—individualistic, joyful, possessive of an open heart—seems to be the character in whom God is most present. He’s scorned by the nuns for his supposed vanity, his love of the world’s beauty, his affinity for dressing in “exotic,” colorful regalia. Still, his smile is unwavering. He treats the sisters with kindness, even when it’s unreturned. The Young General is far from perfect: perhaps, at times, his vanity is consuming, his lust for Kanchi disconcerting. But he maintains an authentic innocence, exhibiting a childlike spirit of wonder that reminds us of our own innate dependence on God. He hints at the same intellectual humility that brings us closer to Christ. And though not Christian, he consistently shows interest in the faith—while those who’d evangelize in fact prevent him from fully developing this curiosity.

As Lent begins, Black Narcissus helps us consider how our initial assumptions and judgments don’t always hold up. That Christ is found less in the nuns than in the non-white, non-Christian, villagers they have come to serve forces us to check our assumptions of what is good and holy. People, after all, are more complex than their surface projections, and God reveals Himself to us in places we might least expect.