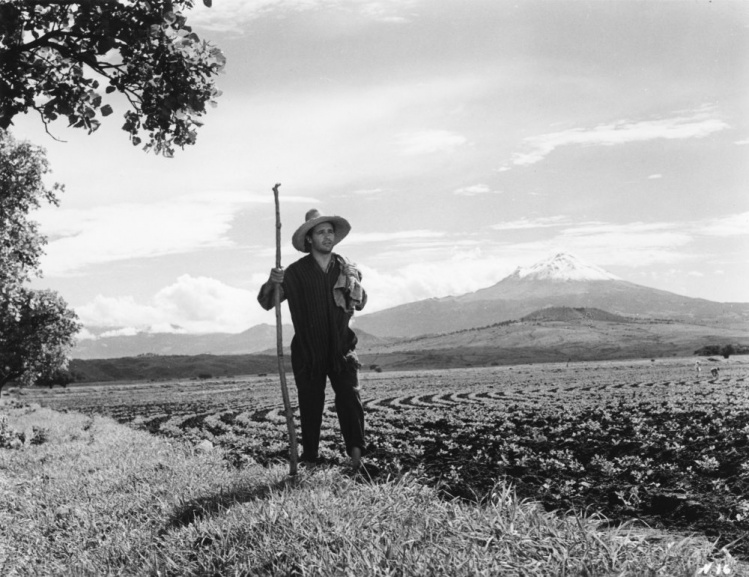 A still from ‘Nazarín’ (Continental)

The prolific Spanish filmmaker Luis Buñuel is often regarded as an avant-garde pioneer for his iconoclastic Surrealist films, including Un Chien Andalou (1929)—thought to be the most famous silent film in existence—and That Obscure Object of Desire (1977), which won him several best director awards. Perhaps less well known is 1959’s Nazarín. Set in rural Mexico during the presidency of Porfirio Diaz around the turn of the twentieth century, the film follows the tribulations of the kind-faced, quixotic Father Nazario—played by Francisco Rabal—who, subject to a series of compounding disasters, ends up an exiled vagabond. Indeed, his generosity and gentle nature are his downfall, the scorn that’s heaped upon him proof that no good deed goes unpunished. But if at first Father Nazario comes across as almost foolishly altruistic, it soon becomes apparent that his spirit is of a rarer breed: that of an authentic Christian.

Early on, the film establishes Nazario as a fundamentally good character. The villagers steal from him and laugh at his supposed foolishness, while taking full advantage of his free-giving hospitality. Nazario, however, seems oblivious, instead choosing to focus on how he can best serve those around him. He senses pain in others, like Beatriz, a beautiful young woman distraught after rejection by her lover, Pinto, and the fugitive Andara, wounded while killing another prostitute in a brawl. Nazario treats both women charitably, offering them spiritual guidance while putting his own reputation on the line by hiding Andara from the authorities in his apartment. He refrains from judgment, offering parental admonishment in its place.

The goodness of Nazario’s actions are not invalidated by the invisibility of his labor’s fruits.
sharetweet

Though his care for Andara is entirely platonic, the villagers start to talk, and soon the priest has to leave town. He stays with an ordained friend but quickly gives up his cassock, since the archbishop has been said to want revoke Nazario’s priestly status, and Nazario’s friend does not want to be guilty by association. Nazario expresses little anger at his mistreatment and takes to  the countryside in search of work. From this point, he becomes a laboring mendicant, encountering myriad prejudiced, unlikable characters along his journey. People steal from Nazario and he turns a blind eye; he is physically mistreated and his work goes unpaid; he speaks out while witnessing injustices and is himself reprimanded.

Eventually, Andara and Beatriz catch up with Nazario and, against his initial wishes, join him along the way. The women provide a counterpoint to Father Nazario. Consumed by worldly desires and blinded by their own temporal vices, they grasp at goodness and appear to seek redemption through Nazario’s guidance, but it remains beyond their reach. The priest tries time and again to move them away from their earthly wants and toward the promise he sees in a Christian way of life, but the women are set in their ways—Beatriz tempted by desire for Pinto, and Andara driven by vengeance against those who wrong her or her travelling companions.

Despite Nazario’s righteousness, his actions exemplifying the principles of selflessness and non-violence that undergird Christian theology, the film ends with with Nazario alone and stripped of all possessions, with little to validate the worthiness or reward of the priest’s mission. Or maybe it’s because of these qualities; perhaps Nazarín’s ending is to be expected, given how unlikely it might be to find a character in a Buñuel film who so perfectly exemplifies Christ.

Buñuel, after all, had a contentious relationship with religion, and would famously quip, “I’m an atheist, thank God.” He was raised in a wealthy Catholic family in Spain and educated by Jesuits; he served at Mass and took Communion every day. But around the age of sixteen, Buñuel became disillusioned with what he perceived as the Church’s illogicality, as well as its institutional power and wealth.

This sort of anti-institutional disillusionment, part and parcel of modernity’s onslaught, has pervaded the post-colonial era throughout culturally-Catholic nations in Latin America. Faithful to this widespread sentiment, Nazarín depicts the mistrust of a corrupt Church. Alongside his portrayal of a blameless, sacred priest, the institutional criticism Buñuel makes is subtle: Nazario, the only true “Christian” in the film, is disowned by the Church—he’s defrocked for fear of misguided public perception, abandoned by members of the clergy, and never in his life catches a break.

Nazarín also alludes to the evolution of the Church in Mexico during the Porfiriato, from 1876 through 1911. From Mexican independence in the early nineteenth century, the Catholic Church was privileged as Mexico’s sole religion in the nation’s legal framework. However, a division grew between older supporters of the institutional Church and young, liberal reformers, sparking violent conflict between the two sides in the late 1850s, before the three-year Mexican civil war (the “War of Reform”) that culminated in the conservatives’ 1860 defeat. The following two Mexican presidents, Benito Juárez and Sebastián Lerdo de Tejada, implemented anti-clerical laws that reduced the Church’s influence. But this changed with the thirty-one year presidency of Porfirio Diaz, who sought to strengthen ties with the Catholic Church. Diaz saw Catholicism as fundamental to Mexico’s national identity; he stopped enforcing the anti-clerical laws and Mexico saw renewed investment in Catholic education and press. Notably, the Church’s influence grew in more rural areas—just like Padre Nazario’s surroundings in Nazarín.

Yet the institutional church in Mexico remained corrupt. Nazario, the exemplary Catholic, is divested from the clergy, but continues to spread his message through small acts of charity and kindness. Hope is found in the film, if not through the Church as an institution, then through small actions that reveal Christ in the everyday. 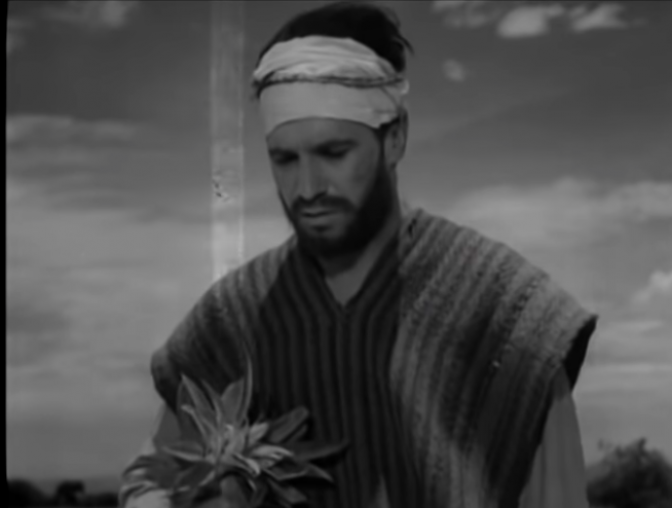 A still from ‘Nazarín’ (Continental)

The closing scene leaves viewers with this sense. After Nazario is cast out yet again, forced to reckon with the futility of his actions following another set of pastoral failures, a fruit vendor offers him a pineapple in an act of goodwill. The priest at first refuses, temporarily wounded by the worldly wickedness he has encountered, but ultimately he accepts the act of charity. “May God reward you, Señora,” he thanks the confused vendor, before the camera pans to an open, empty sky. This ending, though characteristically anticlimactic for Buñuel, serves as an unintentional reminder of the hope that can be found in everyday people as opposed to larger institutions.

Reflecting on Nazarín, I was reminded of the closing words of the prayer traditionally attributed to St. Óscar Romero, “Prophets of a Future Not Our Own”:

We cannot do everything, and there is a sense of liberation in realizing that. This enables us to do something, and to do it very well. It may be incomplete, but it is a beginning, a step along the way, an opportunity for the Lord’s grace to enter and do the rest. We may never see the end results, but that is the difference between the master builder and the worker…

Ultimately, Nazario never sees the end results, but we might still find inspiration in his renunciative emulation of Christ. The goodness of Nazario’s actions, after all, are not invalidated by the invisibility of his labor’s fruits. Nazario’s example reminds me how in an unjust world our own small, individual actions carry more weight than we realize. We can draw closer to Christ in the simple power of our choice, no matter how small. Like Nazario, we don’t have to be “preachy” to spread the good news; we need only try to be good.