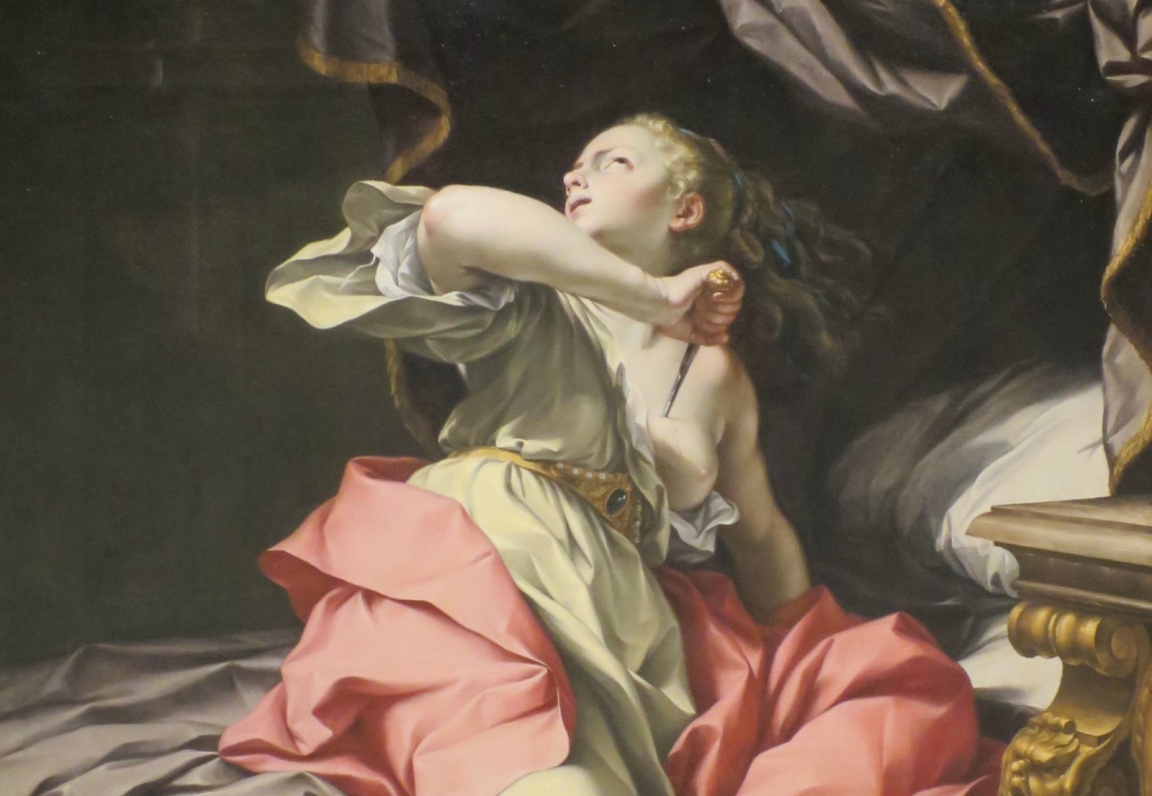 And It’s Not the Sin of Premarital Sex
By B. D. McClay
Ethics
Gender
U.S. Catholicism
Sexual-abuse Crisis
Sexuality

Sometimes conversations around #MeToo resemble a hostage negotiating with a man who has a gun to her head. “Don’t worry,” the hostage keeps saying. “We can both win!” That isn’t entirely false. But the hostage knows she is saying what she has to say to survive—including admissions of fault that might not be true. (“You’re holding the gun, I’m standing here—we’re both contributing to the situation.”) The trouble comes when people on the sidelines start to believe she’s at fault, too.

At the National Catholic Reporter, Jenn Morson and Heidi Schlumpf have published articles interviewing multiple women about their experiences reporting rape at Franciscan University of Steubenville and Christendom College. The stories are upsetting, but unsurprising; equally unsurprising, the defensive and obtuse responses. Nothing—for some—could be a stronger protection against predation than traditional sexual morality: if sexuality is ordered to the good of the other and contained within marriage and intended for procreation, then the sort of unfortunate situations popping up in the news simply can’t occur.

Thus one Steubenville student, publishing in the Washington Examiner, just doesn’t believe the stories in the articles: “when I walk around campus at Franciscan University, I don’t see a sex-crazed student body where rampant sexual assault is taking place.” After all, “sexual activity outside the confines of a married couple is a very grave sin. The way men and women interact at [Catholic] institutions is much different than at your average state university.” Perhaps men assault women as a kind of bad manners. If the rules were clearer, the lines brighter, things simply better explained (by women, to men)—then men wouldn’t make these mistakes.

Ruse writes in defense, in part, of Stephen Krason, a professor at Steubenville who has been singled out for criticism by alumni for his writings on sexual harassment. Of women who are harassed or raped and keep silent out of fear of career retaliation, Krason asks, “Were their careers more important to them than sexual virtue? Can’t they truly be viewed, at least to some degree, as cooperators with wrongdoing?” It’s difficult to imagine this question being asked of other kinds of violence—whether or not, for example, an employee who takes a punch to the face cooperates in it.

Do women matter? The answer, at least in these responses, seems to be no.
sharetweet

Do women matter? The answer, at least in these responses, seems to be no. They can be part of a functioning sexual system (by facilitating marriage), occasions of sin (by tempting men to rape them), or an opportunity for men to prove their virtue (by not raping them); they can also be collateral damage in upholding the name of a distinguished institution (or weapons wielded against the same). But that women actually matter for their own sake doesn’t seem to be on the table. Certainly they do not matter as much as a university, or matter enough to be treated as more than fodder in culture-war debates.

Christianity does indeed have an exacting code of sexual ethics, one that harshly condemns the objectification of other people. There are plenty of sins out there that are sins against chastity and which probably also flourish at institutions such as Steubenville, not because it is a particularly evil place but because it is a human institution—pornography, for one. But whether or not you buy the line that rape isn’t about sex but rather power, rape isn’t simply about sex. It’s an act of violence against another person, one which uses sex as a tool. This is what makes it evil, and also why it can continue to exist within the confines of marriage.

When the lines governing sexual behavior are strongly policed, and when rape is counted as one variety of sexual sin among many, victims of sexual assault have more to lose by going public and seeking justice than by staying silent. To be rapeable in a system that prizes sexual purity is to be vulnerable; to have already been raped, no longer worth protecting. Whether or not rape is rape becomes a question of examining the victim’s purity of heart and the perpetrator’s purity of malice; and even well-intentioned attempts to do so, such as Augustine’s in the first book of City of God, can lead to strange conclusions.

No act of bodily violence can violate chastity, Augustine states by way of argument against those who think raped women must kill themselves. On the other hand, he suggests that it’s possible that a raped woman, whose will to chastity was imperfect, can have secretly consented even while saying “no” and struggling. “What if,” he asks in discussing the Roman noblewoman Lucretia, whose post-rape suicide lead to the founding of the Roman Republic, “she was betrayed by the pleasure of the act, and gave some consent to [her rapist], though so violently abusing her?” Then she’d be complicit.

That Augustine offers women in these situations something more humane than suicide should not be discounted. However imperfectly, he is making a strong claim that women are more than their bodies or their sexual purity. But he’s also an object lesson of what happens when rape is understood as a sin against chastity rather than an act of violence, and creates a situation in which a victim of violence can be mutually engaging in sin, or reasonably suspected of such, no matter what she says or does. In her article on Steubenville, for instance, Morson reports:

During her sophomore year in 2005, Margaret was assaulted in the bathroom of an off-campus apartment during a spring formal party by a 23-year-old upperclassman. She reported the incident, but was re-traumatized by the process.

“I had to tell my story several times to different faculty members and a review board made up entirely of men,” Margaret said. “They asked me why I was drinking in the first place, what my dress looked like, and if I had any other encounters with [the male student] before this happened.”

The review board decided that Margaret had put herself in the situation, and that there was no proof this was not a consensual encounter.

Lack of proof is one thing; without the details of the case, it’s hard to say whether the review board somehow reached the right conclusion through diseased reasoning. But the line of questioning that led them there, and the idea that consent or lack thereof can be presumed by a drink, a dress, or by “putting yourself in the situation,” is diseased, and modern-day people who follow it have less excuse for their mistakes than Augustine.

Women’s suffering is equal to men’s suffering, their moral worth to men’s moral worth, their souls to men’s souls, and their sins neither greater nor less than men’s sins. They deserve justice, not as pieces in a sexual economy, not merely because of the harm doing evil does to men, but as human beings. They matter as much as men do—and like men, they have an advocate in Christ, if not always in his earthly representatives.