Finding Joy as Real as Sorrow
By B. D. McClay
Spirituality 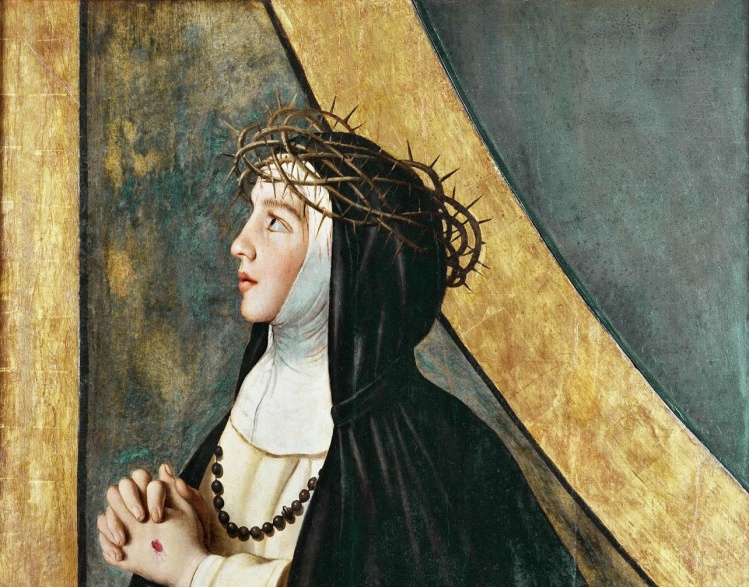 I was lamenting the end of Lent to an acquaintance the other day, because, I said, Lent gave me endless subjects to write about, like Ash Wednesday and Holy Saturday, whereas Easter was just less suited to producing “content.” At this the man I was talking to gave me a horrified look, well-deserved.

On the other hand—it’s sort of true. I accuse myself here, but it’s not only me. For the most part, Christian art deals mostly beautifully with expectation and suffering, and the Christian writing I tend to be drawn to also focuses on these subjects. There is art that depicts Easter and the Easter season, some of it quite beautiful. (Did you know Handel’s Messiah is actually Easter music? Now you do.) But if you’re thinking of Holy Week music, you’re more likely to reach for Bach’s St. Matthew Passion than the Easter Oratorio. (Possibly you are not going to reach for either.)

And even though, as a liturgical season, Easter will continue until Pentecost, we don’t have much to fill it with; there’s no Easter equivalent of the Christmas carol. We too easily say “Hallelujah!” and move on. Even when we make a point of trying to live through at least Holy Week intentionally, preparing our hearts to celebrate the Resurrection, it’s easy to pass the time squabbling. (Was the Synod on Young People rigged? Does Pope Francis believe the souls of the damned are annihilated? And so on.) We can arrive at Easter distracted and angry, like it’s an afterthought in the struggles we have with ourselves and each other.

Does our response to Easter reflect poorly on us? There’s not a simple answer. Easter is simply a more challenging subject than Christmas; in that sense, it’s only to be expected. It could also be that there’s some amount of modern unease with enthusiastically declaring you think somebody, historically, did really come back from the dead—that, while Christians still live in expectation, they believe some of their expectations have already been fulfilled in history. Christianity is more easily lived as a sort of everlasting Ingmar Bergman film: better to expect and expect and never have to deal with the realization of expectation—to enjoy, even prioritize, uncertainty, doubt, and anguish.

Another reason, I suspect: Christianity, or at least American Christianity, has a difficult relationship with joy. (Though given that the most recent papal exhortation is called “rejoice and be glad,” perhaps it’s a global problem.) For those American Christians whose faith has been shaped—inevitably—by a reaction to the various feel-good Christianities that abound, the safest thing to do is simply to avoid any occasion of happiness. Focusing on anything other than the cross feels like cheap grace, a concession to the facile optimism all around us. We don’t deserve Easter, the general upbeat nature of the culture makes it impossible to celebrate properly anyway, and as soon as is humanly possible we should retreat back into the shadows.

It would certainly be foolish to claim that American culture is overly penitential, or that we aren’t ridden with cheap grace. But all grace, by definition, is undeserved; that applies no less to the brooding intellectual than it does to the flagrantly wicked. And what distinguishes cheap grace from grace isn’t the extremity of our penance or devotion to suffering (read: brooding), but recognition of sin and a contrite heart—not, precisely, the same thing. Avoiding cheap grace may mean avoiding grace altogether.

An example of another way to think about suffering and joy might be found in the medieval saints, whose self-mortifications and spiritual practices, at first blush, can make just about all grace look cheap. (Oh, you stopped eating chocolate? Catherine of Siena lived entirely on the Eucharist.) One such penitent was Margaret of Cortona, a thirteenth-century woman whose life and visions are recorded for us by her confessor, Fra Giunta of Bevegnati. She had fled an abusive family to live with a man as his mistress for nine years, bearing him a child. After his death, she took up a life of penance.

While Margaret has been, for some, a romanticized figure, a kind of love martyr—François Mauriac wrote a book about her in this vein—it’s worth pointing out that Christ, in her visions, refers to the man she lived with as a “deceiver who incessantly ensnared you against your will” (emphasis added). Her great sin seems to involve her love of money and luxury, not her sexual past.

In any case, her penances were extreme; she ate almost nothing, refused most charitable gifts, and ended any sort of relationship with her son. Her confessor, in his account of her life, records that she called herself “a cesspool of vice, an abominable vessel full of defects, detestable, a stall of stinking filthiness”—this after confessing (and re-confessing) her sins against God. She’s terrified, despite receiving more assurances than most people get in a lifetime, that she’s simply too foul for God.

But Christ’s words to Margaret, as related by her to her confessor, are, for the most part, gentle. Some of the ascestic disciplines undertaken by Margaret are encouraged by him. But when Margaret wishes for leprosy, or tries to cut her face open with a knife, or wishes to be paraded through her home town as a shameful example, either Christ or Giunta stops her (and is praised for doing so). Eventually, Christ and Margaret have the following exchange:

Then Margaret, the servant of God, said to Christ: “Lord, I realize that my purity does not deserve your mercy, something no one would deny. Indeed, if a big fire were prepared for me, I would jump into it before I would retract my statement that my impurity is unworthy of your mercy.” The Lord said: “Why are you so incredulous? You cannot imagine what the saints, both present and past, have done, and how their actions make me well disposed toward them. Your answer, then, would have closed the door of my mercy, if it were not motivated by your devotion to my greatness and beauty.”

Medieval piety isn’t modern piety, a change which is neither good nor bad—just a change. But even in the intense self-mortification that Margaret’s piety demands, Christ emphasizes to her that to will only self-destruction is to refuse to accept mercy, that to focus intently on lack of desert is a way to avoid accepting what you haven’t earned. Since what is offered by Christ is impossible to earn, this retreat into penance can represent a way of turning away from God in a more subtle guise.

Similarly, in Catherine of Siena’s Dialogue, God says that “guilt is not atoned for by suffering simply as suffering,” adding that “the value is not in the suffering but in the soul’s desire.” His love isn’t merited through suffering, but simply present for us, whether or not we ask for it and whether or not we deserve it. Grace is equally cheap and equally costly to anybody willing to accept it. And Easter promises us that something has actually happened, that our faith doesn’t simply depend on a conveniently unrealized future.

So—Easter. If we struggle to rejoice through this season in the way we ought, then perhaps it’s important to try to cultivate joy as a response that’s as authentically Christian as sorrow, the realization of a hope as much as expectation. Much like grace itself, we can’t earn Easter. But we could receive it, and live into it better than we do.

This article was originally published on April 15, 2018.