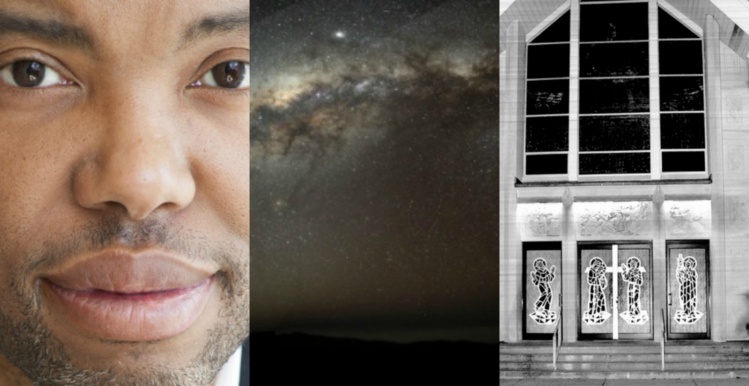 This week, readers weigh in on hope amid racism, the big bang, and columnist Fr. John Baran. Send your own responses to [email protected].

First, a disclaimer regarding my response to a recent Commonweal exchange, “Debating Ta-Nahisi Coates & Racism” (January 26). I know, respect, and admire Brenna Cussen Anglada, having worshiped and sung beside her in the gospel choir of our African-American parish during her time at the South Bend Catholic Worker. I share her frustration with “white denial…in the face of racism.” Over many years, I have read, attended several lectures, and been inspired by Margaret O’Brien Steinfels as she grapples with the complexities and contradictions of the faith and the all-too-human church and world we share. And I have read with deep appreciation the published work of Ta-Nehisi Coates, whom I regard as a worthy successor to James Baldwin, both of whom speak eloquently of their experience on the margins of our society. And so, with fascination and mixed feelings, I read the recent debate between two passionate women about a writer whose work I hope every Catholic, every American—indeed, everyone—will read.

“Through war, hatred, violence, communities draw fences and define themselves,” Coates writes in We Were Eight Years in Power. He speaks from his personal vantage point not only about his own experience but also, implicitly, about the human condition. Yes, his writing can be called “apocalyptic” in that it warns of what Baldwin calls “the fire next time,” an ultimate and catastrophic end to a society built on a tragic injustice—slavery—that ironically shaped and made possible the American dream. But his work also conveys the revelatory significance of that term, which is “to uncover.” For readers like me (and Brenna, I suspect), no newcomers to the subject, it strips the veil from slavery and its legacy for white and black Americans alike.

Coates’s books have offered me, a white American Catholic, a glimpse of the “judgment” Jesus promises in John 9:36, an understanding that enables me to see how blind those of us who call ourselves “white” have been and are. Over the years, I have come to see race as a human construct and whiteness as unearned privilege. But not until I read Coates did I see “whiteness” as a brand defined largely by exclusion, power, violence, plunder, and a misbegotten sense of superiority. As Coates puts it, in America “whiteness” connotes a superiority based on “the idea of not being a nigger,” with all such a term and distinction imply.

Steinfels’s “Nope to Hope” (December 1) is tempered by its conclusion: “if racism is so persistent and pervasive, so unyielding to decades of reforms and efforts, then there can be no remedy. I do not accept that logic, and I doubt that Coates does.” I agree with her conjecture. In my reading of his book, Coates urges black and white alike to face our history so that we can identify the scapegoating, fear, greed, and thirst for power that underlie and fuel political and personal dissention. Indeed, he calls for Americans to work together to overcome “sexism, racism, and poverty and even war” in order to create a more humane world. In that fight, he writes, we must realize that “in the global context, perhaps, we Americans are all white.”

The “American Tragedy” that Coates documents so insightfully is indeed the human tragedy of scapegoating and violence, often perpetrated in the name of religion, in service to a false ideal of purity that excludes, dehumanizes, and sacrifices those deemed “unworthy.” As a Christian, I believe that love and forgiveness are our greatest challenge and our best hope for the more humane world that Coates desires.

Paul Johnston’s inquiring and provocative review of Fashion, Faith, and Fantasy in the New Physics by Roger Penrose (“In the Presence of Mystery,” February 23) sets up an opposition between a doggedly atheist Big Bang theory and fundamentalist creationism. Doesn’t Johnston know—even if Penrose doesn’t—that the Big Bang theory was first framed by Father Georges Lemaître? This Belgian priest spent some time not only at MIT but also at St. Edmund’s College, Cambridge (at the time a “hall” for Catholic priests). St. Edmund’s has a small but fine Faraday Institute of Science and Religion, just now celebrating the ninetieth anniversary of Lemaître’s theory of the expanding universe. His demurral, when Pius XII actually wanted to use Lemaître’s notion of the Big Bang as a polemical proof of the existence of God, should hardly put the faithful padre in the atheist camp.

We are so blessed to be members of Fr. John Baran’s parish and to have had him as our pastor for a number of years. This wonderful tribute in Commonweal (“Fr. Nonomen,” May 4) beautifully demonstrates the spirit of Fr. John, and of the community that loved him. As a same-sex couple my husband and I were unsure how we would be received, but we both have great love for and devotion to the Catholic Church. When our next-door neighbors and dear friends repeatedly talked so enthusiastically about Fr. John and the parish community, we were encouraged to attend. We were quickly welcomed and embraced by the community, and especially by Fr. John. He became a wonderful friend and was truly the Good Shepherd. We knew we’d found a home, and his love is always with us.

State of the Unions