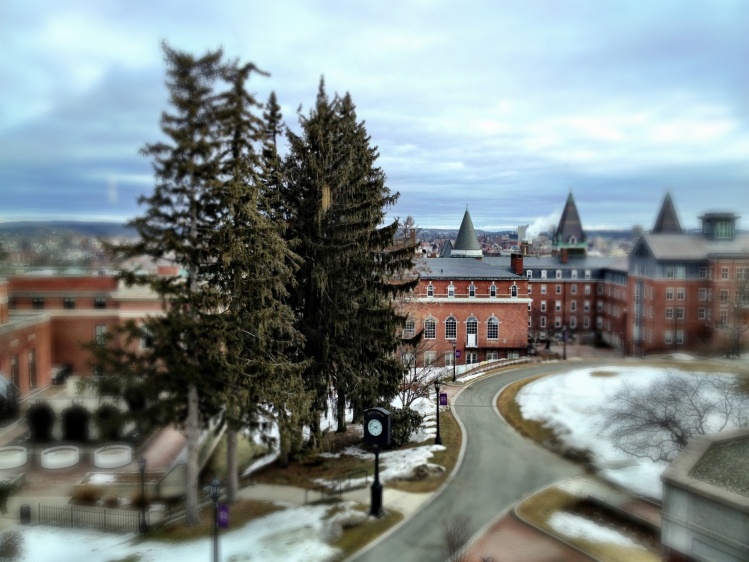 The College of the Holy Cross / Dee & Tula Monstah

I was discouraged by the recent essays by Catholic University President John Garvey and Notre Dame Dean Emeritus Mark Roche about hiring Catholic scholars in order to insure that their institutions maintain their “Catholic identity” (“What Makes a University Catholic?". For decades Catholic leaders have questioned the identity and integrity of most Catholic colleges and universities (Catholic University of America, run by the U.S. bishops, has been exempted) even though they have prospered by every academic measure. Exactly forty years ago, I joined that debate in a Commonweal essay urging the Jesuits to translate into academic practice their new mission statement of the service of faith and promotion of justice in the context of the preferential option for the poor. A few years later, Pope John Paul II changed the conversation when he proposed what became Ex corde ecclesiae. For decades since, Vatican officials, post–Vatican II bishops, and assorted lay militants have argued that U.S. Catholic colleges and universities have achieved academic and economic success by compromising their Catholic faith. This relentless assault on the integrity of Catholic universities and their leaders reached fever pitch when Notre Dame invited newly elected President Barack Obama to its 2009 graduation. Hardly anyone noticed that the attack on Notre Dame for inviting Obama was an attack on those of us who voted for him.

The broader charge that Catholic universities like Notre Dame succeeded by placing professional excellence and shared public responsibility ahead of Catholic faith and responsibility called into question the integrity of the middle-class Catholic laity who took their professional and civic responsibilities seriously. For a while, Catholic mission and identity had started with solidarity, participating fully in the works of our democratic society, including its intellectual and academic life. But increasingly Catholic identity seemed to center on what made us Catholics different from others and what placed Catholics apart from, and in opposition to, the so-called secular culture we shared with others. The answer centered on supposedly nonnegotiable moral stances on abortion and gay marriage and support for the hierarchy’s almost infallible opposition to the ordination of women. When bishops in the name of Catholic integrity refused Communion to Catholic politicians in 2004 and Catholic anti-abortion activists helped destroy the careers of prolife Catholic Democrats who voted for the Affordable Care Act, the integrity of many Catholics who had reservations about such actions was called into question. That is why university presidents and deans calling for “hiring Catholics” make some Catholics, and many other academic colleagues, nervous.

Nevertheless, Garvey and Roche are not alone. Almost everyone now involved in Catholic higher education, including its very best leaders, attends to “Catholic identity” in the terms set by the critics: hire self-identified Catholics, hope for a majority, avoid speakers and policies that might offend the local bishop, pay lip service to a museum-like “Catholic intellectual tradition,” and get on with business as usual. The problems are so obvious that it is a little embarrassing to point some out. One has only to look around the local parish, listen to one’s own children and/or their life partners, or acknowledge that public officials named Biden and Ryan and Pelosi and Bannon are all Catholics, and you can see that hiring self-identified Catholics might be tricky (no one has suggested investigating the candidate’s Catholic practice, at least not yet). As Roche and most other deans found, “hiring for mission” helps a little, but not much, in sorting out Catholics, and it helps a lot to open the door to sympathetic non-Catholics or to no-longer or not-quite Catholics.

But the next problem is figuring out what exactly is the mission one hires for. Before answering too quickly, Catholic readers might think about their own Catholic mission, or that of their parish. What is it that we are supposed to do, personally and together? And then bring that question to the Catholic campus and decide whether the local Catholics answer that question alone, like a family firm, or with their neighbors and colleagues, as we would expect in most communities in which we participate. That route may take you to places like my Holy Cross, where we decided our mission was to carry on a conversation about “fundamental human questions” such as how we find meaning in life and in history and what our obligations to one another and to the poor are. At our very Catholic college we thought that, for the good of the church, the country, and our students, such questions were best engaged with, and not apart from, others—all others. And to that conversation Catholicism brings great intellectual, spiritual, and pastoral resources that can enable and enrich the academic vocations of all who hope to address such questions, at our college and in our shared life as citizens and, in many cases, disciples of Jesus. And when everyone agrees to this mission, hiring for mission, including hiring Catholics and other religious believers, becomes everybody’s responsibility. But that approach often carries people across the boundaries many want to erect, without lay participation, between ourselves and others, and between the church and our world. Follow Ex corde and the wisdom of Garvey and Roche and identity shapes mission, as Pope Benedict always said it should. Follow the life and work of many Catholics, and the practices of many Catholic colleges, universities, and scholars, and mission shapes—and critics would say endangers—identity. That difference defines what some call a fight for the soul of the Catholic Church.

There are many questions that have been left unaddressed as the result of the ill-defined emphasis on Catholic identity. What is the mission of the church, here in the United States? Are Catholic institutions, or lay Catholics, simply to leave the work of the church to the clergy and bishops? Have Catholic academic leaders anything to say to the rest of the church about the role of women, about human sexuality, about pastoral care and institutional management, about economic justice, about peace? Is the church to define its mission without them, and are they to adapt as best they can, maybe by hiring Catholics who don’t ask too many questions? Is that return to clericalism and lay irresponsibility the future of American Catholicism? And what about Catholic intelligence and imagination? In Pacem in terris Pope John XXIII wrote that for most Catholics “scientific training” is “extended until it reaches higher degrees” while “religious instruction...remains at an elementary level.” With the help of the Catholic University of America and Notre Dame and many other colleges and universities, may the day finally come when that changes and the already good enough American Catholic community is smart enough and imaginative enough to help everybody achieve Pacem in terris, as Pope John thought we could. That is to say that the very idea of a Catholic college or university depends less on hiring Catholics who show up than on how Catholicism in the United States and across the world works out. And, despite appearances to the contrary, that is the shared responsibility of all Catholics and a special responsibility for those of us who live and work in Catholic institutions. In that work of renewing and rebuilding the church, Commonweal and its readers have an important role to play. 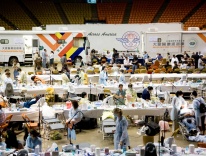