By The Editors
Higher Education
Letters

If Richard W. Garnett’s contentions (Letters, March 11) are upheld by the Supreme Court, it is my suggestion to all labor unions that the collective bargaining agreement (CBA) be modified so that only dues-paying members are entitled to the protections of the grievance and arbitration provisions of the agreement. In other words, free-riders would be considered “at will” employees who the employer could discipline or discharge for any reason. Only dues-paying members would have the “just cause” protections of the CBA. Principled free-riders should be willing to accept this difference in their conditions of employment.

Antonin Scalia was well known for the positions you mention in your editorial “An Original” (March 11), to which he held fast except in some of his most memorable cases. He believed in strictly following the words of the Constitution, except for the Second Amendment. He did not think the Court should legislate from the bench, except for campaign finance reform. He thought the Court should honor the democratic processes, except in disputed presidential elections. Some future historian of the Supreme Court, perhaps, will uncover the unifying system that held all this together in Scalia’s mind.

I want to reply to Robert Harley’s letter in your March 11 issue, which itself is a response to Gary Gutting’s recent article on Catholic university philosophy requirements (“Intellectual Maintenance,” February 12). Harley describes a lackluster experience studying philosophy at Georgetown University more than five decades ago, with the general suggestion that it might not be ideal for philosophy to be a general requirement.

I thought I might offer my take on what it is like to teach freshman philosophy at Duquesne University—right now, in 2016. Our introductory philosophy course is required of all students, irrespective of major, as is a course in ethics. The sole curricular requirement imposed upon those of us who teach the philosophy course is that we cover two Platonic dialogues of our choosing, and either the Descartes’ Meditations or Discourse. The rest is up to us, and every semester in these introductory courses I teach figures like Nietzsche, Marx, and Alison Jaggar. The only other rule is that we are to engage primary sources rather than commentaries. This means that the students actually read Descartes, and they actually read Plato—the opposite of Harley’s Georgetown experience. While some students begrudge our philosophy requirements from day one through final exams, every single semester a multitude of students express to me, often anonymously in course evaluations, their very pleasant surprise at what we do in these courses. Philosophy, at least as we approach it at Duquesne, is far from a waste of time—and I think that many students would agree. 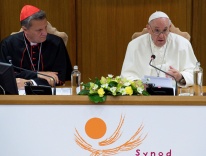 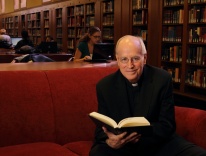