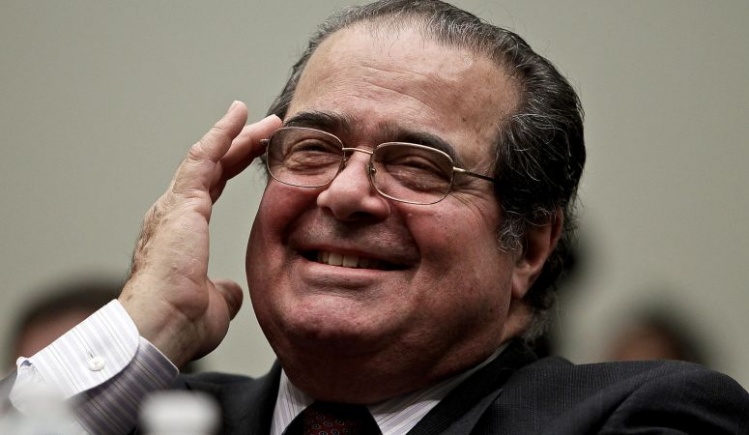 By all accounts Supreme Court Justice Antonin Scalia was a larger-than-life figure, a man of great personal charm and prodigious intellectual gifts who was beloved by his admirers and respected by many of his critics. Scalia was also a very visible and outspoken Catholic. Jesuit-educated, the father of nine, he was a Latin Mass enthusiast, and claimed to be an ardent believer in the Devil. He urged his fellow Catholics to be “fools for Christ” who revel in the scorn of so-called sophisticates. A fierce opponent of abortion, he nevertheless argued that the procedure’s legal status should be left to the democratic process. He was also a staunch defender of the morality and constitutionality of the death penalty. In short, he wore his religion on his sleeve, but left that garment at the door to the courthouse.

Scalia’s impact on the Court was mixed. An unwillingness to compromise and a delight in skewering those he disagreed with limited his ability to forge consensus on the cases he cared most about. As a consequence, he will be remembered more for the flamboyance of his dissents than for the reach of his majority opinions.

But he influenced the legal world significantly in other ways. Scalia was a proponent of “originalism,” a theory of interpretation that focuses narrowly on the meaning of the text of the Constitution as it was understood by the framers. He was famous for abhorring the idea of a “living” Constitution, mischievously insisting that the law of the land was a “dead” document. It is not the job of judges to interpret the law in light of new or evolving understandings of morality or individual rights, Scalia insisted; that is just an excuse to legislate from the bench. Nine unelected justices should not be deciding questions on which the Constitution is silent, such as abortion or same-sex marriage.

Scalia did not persuade many of his fellow justices of the merits of a thoroughgoing originalism, but he did succeed in getting the Court to pay more attention to the precise meaning of the words in legal texts. In any event—and not surprisingly given his proudly conservative views on most matters—he seems to have taken the long view when it came to assessing his influence and legacy. He candidly admitted that his dissents were not written for his colleagues, but in an effort to shape the next generation of lawyers and judges. He was, it is widely acknowledged, one of the best writers to have served on the Court, a man who wielded a pen as though it really were a sword, and he was not shy about drawing blood. Reading Scalia, especially when you disagreed with him, could be a humbling experience.

Scalia was a much-lauded hero to conservatives and inevitably a deeply polarizing public figure, a fact he perhaps delighted in too much. He boasted of not reading the Washington Post or the New York Times and of getting much of his news from “talk radio”—an alarming admission from someone whose decisions could affect the lives of millions. Like Scalia, too many Americans have stopped listening to those with whom they disagree. Americans such as Senate Majority Leader Mitch McConnell, who has announced that the Senate will not even hold hearings on President Obama’s forthcoming nominee. Making a cynical and wholly fatuous argument, McConnell claims that voters should weigh in on the direction of the Court, and it should be up to the next president to fill Scalia’s seat. The framers of the Constitution would have rejected this scheme out of hand.

Republican obstructionism reflects the enormous stakes involved in the ideological balance on the Court. Should Obama succeed in appointing a more liberal or centrist justice, the Court majority would swing to Democratic-appointed justices, presumably with great consequences for unions, corporate power, voting rights, affirmative action, campaign-finance reform, executive action on immigration and climate change, and a host of other issues. Thirty years of Republican dominance would come to an end.

At the moment, McConnell’s ultimatum looks like a political misstep. As one hopes Scalia would have reminded his fellow Republicans, the Senate has a constitutional duty to hold hearings on Obama’s nominee. To be sure, those hearings are likely to be a pantomime, with Republicans ultimately rejecting Obama’s choice in the hope that a Republican wins the White House in November and can fill Scalia’s seat next year. If a Democrat wins and the Republicans hold onto the Senate, it is quite possible that Republicans will leave the seat vacant indefinitely, thus flirting with a constitutional crisis. Tied votes in the Supreme Court let the rulings of the lower courts stand. This would not paralyze the judicial branch, but it would leave many pressing issues unresolved. Such a stalemate, if brought about by those who claim to be Justice Scalia’s greatest admirers, would make a mockery of the original intentions of those who wrote and ratified the Constitution.