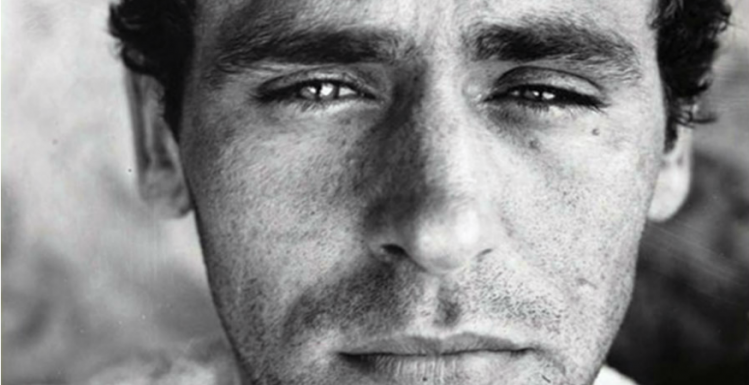 "The trip was very hard, and certainly one of the best things I’ve ever had happen to me. Writing what we found is a different matter. Impossible in any form and length Fortune can use; and I am now so stultified trying to do that, that I’m afraid I’ve lost the ability to make it right in my own way.” This is an excerpt from a letter written in September 1936 by James Agee to his former teacher and lifelong friend James Harold Flye, an Episcopal priest. It is one of the earliest references to the project that would become Let Us Now Praise Famous Men, arguably Agee’s best-known work. Agee, not yet thirty years old, and the photographer Walker Evans had spent the summer of 1936 among sharecroppers in Alabama and across the South. That article for Fortune never appeared—it was rediscovered only in 2003 and later published as a stand-alone volume. Let Us Now Praise Famous Men, a longer and different version of the unpublished article with photographs by Evans, sold only about six hundred copies when published in 1941. Since then, Evans’s photographs have become part of the national memory, and Agee’s accompanying text is now regarded as a classic of modernist literature, nonfiction with the rhythm of a novel.

The book later makes occasional appearances in these letters, though as only one among the rush of things Agee was working on at any given time. In the summer of 1939, Agee is still working on it, saying, “I feel almost nothing about it, pro or con except a wish to be done with it [and] a sense of serious gaps in it.” When it was finally published, Agee thanks Fr. Flye for the kind words “to the point of shaming me—it is a sinful book at least in all degrees of ‘falling short of the mark’ and I think in more corrupt ways as well.” He spoke similarly about the book that eventually became his masterpiece, the posthumously published A Death in the Family, which relates in fictional form the death of his father, which occurred when Agee was six. In 1948, he wrote, “I feel hopeful about it, and I certainly need to feel hopeful. Underlying the hopefulness is utter lack of confidence, apathy, panic, and despair.” The book won the Pulitzer Prize in 1958.

Amid these fictional and nonfictional achievements, we see the other main aspects of Agee’s work. Agee was an astute film critic, writing for Life, the Nation, and Time (where he essentially edited the books-and-arts section, along with Whittaker Chambers). He was also an accomplished screenwriter. He tells Fr. Flye of working with director John Huston on the script for The African Queen, which Agee thought would turn out to be a good, perhaps even great movie. Writing the script was a “great deal of fun: treating it fundamentally as high comedy with deeply ribald undertones, and trying to blend extraordinary things—poetry, mysticism, realism, romance, tragedy, with the comedy.”

Other film work followed, but there was never enough consistent writing of any kind to provide much material comfort for Agee or his family. In this, the letters are reminiscent of those of J. F. Powers. Agee is always hoping another assignment will “tide him over” until the next thing comes along. (Alcohol, too, is a common theme in both sets of letters, so much so that it’s a wonder either Agee or Powers ever got anything done. At one point Agee begs off a proposed visit to a Trappist monastery, figuring even a few days without alcohol would be too much for him to bear.) Powers was much less productive, in terms of raw numbers, but both felt as if there were too many opportunities missed and subjects forgone. For John Updike, who reviewed the original edition of these letters in 1962, the problem was Agee’s fondness for “conversation over composition.” The articles he wrote for the Luce empire on a range of subjects were short enough, and enough like talking, for Agee to get them down on paper. The longer-form items mentioned in these letters but never completed were of a different order.

The letters start in 1925—when Agee was sixteen and writing from Philips Exeter, where he had transferred after some years at the St. Andrew’s School for Mountain Boys in Tennessee—and end just four days before his death in 1955. Fr. Flye was Agee’s most formative influence at St. Andrews, and the two took a trip to Europe together just before Agee transferred to Exeter. (One cannot help thinking how impossible that would be today, at least for a Catholic priest). During his school years at Exeter and Harvard, Agee sent reports to Fr. Flye on school news and on what he was reading and what movies he was seeing. Right away Agee began submitting stories and articles to Exeter’s school magazine and continued writing for student publications at Harvard, cementing his vocation as a writer. There was little thought of being anything else, though significantly Agee did express early hope of being a screenwriter. The letters continued after Agee left Harvard and settled in New York. In the 1940s Fr. Flye found a position as a summer resident at St. Luke’s in New York, which meant that he and Agee could meet up from time to time.

Agee’s early reading, mostly self-directed, is impressive. At eighteen, he describes the “heady brilliance” of Dos Passos or Sinclair Lewis as contrasted with Dreiser, whom he was also reading: “You feel you’re reading a rather inadequate translation of a very great foreign novel—Russian probably…. [Dreiser] has a tenderness, a love for his characters, that rarely slobbers and is usually strong and fine.” For the next three decades, rarely a letter passes without some commentary on books, movies, or ideas, so much so that in one particularly intense letter, Agee apologizes for what he calls a “mouthful of sweet potato,” a letter containing little about himself other than prospects for work.

Agee was not formally religious, and his personal life was complicated; he was married three times over the course of his short life. We see only glimpses of that life in these letters, with only passing references to his wives and children. In 1938: “the conceptions of chastity are to my very best effort to understand them most abominably cancelling of this ‘sacramental fact’ [of sexual love], and utterly unchaste, and productive only of ruin and pollution.” Unfortunately, we don’t know how, or whether, Fr. Flye responded to this commentary, and that particular subject does not come up again. In the same year we find him describing himself as an “anarchist” in both religion and politics, unwilling to accept the compromises either of democratic life or a corporate church community. Agee deals with the notion of an uncaring God, in the context of his dying stepfather, eleven years later. “Either he delivers autonomy to all His creation and creatures and in compassion and ultimate confidence watches and awaits the result, or He is a second-rate God, a sort of celestial back-seat driver.” By the end of his life, however, Agee’s relationship with God becomes more nuanced, tied perhaps to his regret at what he wanted to do but had not yet done, at the “shortness of time, and of time wasted.” Writing in December 1954, Agee believes his sense of wonder and gratitude are lacking, that “much in myself [is] the enemy of all I owe most to God, and most want.” Fr. Flye tells Agee, in one of the few excerpts from his letters included in this book, that he believes Agee is “naturally religious,” in that he grasps intuitively the basic qualities of Christianity, but still must make his way to a clearer understanding of what that means. Surely his deep empathy for the subjects of Let Us Now Praise Famous Men illustrates a kind of Christian charity.

As a young man, Agee thought poetry was to be his medium as a writer. But it could not be a poetry filled with “archaism or ‘literary’ diction,” because Agee felt that words “must be alive.” He wanted a poetic language that “will cover the whole range of events as perfectly and evenly as skin,” including use of comedy and slang. His two masterworks, though in a different medium, largely accomplished that project and mark Agee as an indispensible American writer.