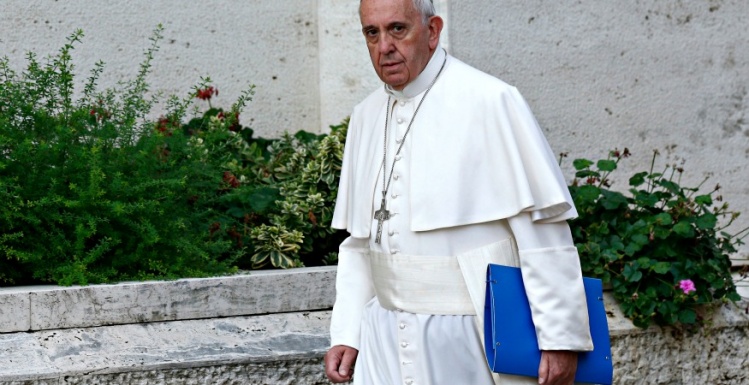 Never has a gathering of the Synod of Bishops in Rome created such interest around the world. And not just among Catholics.

Whether or not it was his intention, Pope Francis has involved the entire Christian community—and, in a sense, the whole human race—in an ongoing reflection, debate and conversation surrounding the “crisis” of marriage and the changing nature of the nuclear family.

Speaking at his weekly general audience on Wednesday, the third day of the Synod’s three-week assembly, the pope asked the tens of thousands of people gathered in St. Peter’s Square to “pray intensely” that the Holy Spirit might work through the bishops to bring about “a church that leaves behind its old nets and begins fishing anew by trusting in the word of its Lord.”

This same desire, it would seem, is also shared by many Catholic communities, families (of various types), and individuals. And in unprecedented numbers they have expressed their concerns and offered their experiences to their bishops and the Synod’s secretariat.

The Paulist Fathers are among these Catholics. This missionary society of apostolic life, which was founded in New York in 1858, has issued a twelve-page “reflection on the family” that it recently delivered to all the North American bishops and delegates attending the current Synod assembly.

The Catholic Church’s moral tradition is one of the “great strengths” that “continues to provide a much-needed compass for our lives,” says Paulist President, Fr. Eric Andrews, in a preface to the document.

“It has also been the tradition of the Church to hold in balance the guidelines of our moral understandings with lived realities,” he says, noting that Pope Francis has encouraged everyone in the Church to “dialogue on these critical issues so we may discern where the Holy Spirit is leading us in this day and age”.

The Paulists say they “feel called to speak on these issues from pastoral experience.” And here are just a few of the suggestions they ask the Synod to consider adopting: a more inclusive notion of “family”; a more gentle approach to separated and divorced Catholics (“We urge the Synod to consider St. John XXIII’s admonition that the ‘medicine of mercy,’ the Eucharist, is to be freely dispensed [to the divorced and remarried]”); and a greater openness towards “the personal needs, sexual experience, and covenant commitment of our LGBTQ sisters and brothers with the utmost pastoral care and sensitivity.”

Some of the reform-minded members of the Synod, those who would agree with much found in the Paulists’ reflections, were not exactly thrilled with the way a veteran Vatican official burst “out of the closet” last Saturday and announced he had a male partner.

The general concern was that the “clamorous” revelation by Msgr. Krzysztof Charamsa, a Polish priest and theologian who has worked at the Congregation for the Doctrine of the Faith (CDF) since 2003, would only stiffen the resolve of those bishops who are vehemently opposed to even the slightest acceptance of homosexual couples or unions.

Naturally, the Vatican reacted swiftly to the “coming out” of Msgr. Charamsa who called the CDF the “heart of paranoid homophobia in the Church”.

Papal spokesman Fr. Federico Lombardi, SJ said: “The decision to make such a pointed statement on the eve of the opening of the Synod appears very serious and irresponsible, since it aims to subject the Synod assembly to undue media pressure.”

The spokesman stressed that his denunciation had nothing to do with the “respect” and “reflections” that the issue of homosexuality and gay people merit. Obviously, his point was that priests make a public promise to live a life of celibacy; when they break the promise their sexual orientation is immaterial.

And so Fr. Lombardi, whose statement was later published in L’Osservatore Romano, said Msgr. Charamsa would be sacked from his job at the CDF and his several teaching appointments at pontifical universities in Rome, as well has his position as adjunct secretary of the International Theological Commission. (This was no minor Vatican paper pusher!)

And yet some organizations and individuals that identify as Catholics, and should know better, reacted bitterly to the firing, something Msgr. Charamsa never contested. Others criticized the priest for waiting so long to finally come clean and stop the hypocrisy, which—in fairness—he readily acknowledged. In fact, he apologized for participating in what he sees as the Church’s persecution of LGBT persons.

But it seems the Polish theologian is not done speaking. He has a book that will soon be out and it will likely have a much more disrupting impact on the Church, potentially at the highest levels of the hierarchy.

Evidently he will also offer proof of other unsavory activity by the doctrinal office during his thirteen years there.

Don’t forget that Msgr. Charamsa worked under three CDF prefects and their respective administrations. If he tells all he knows, his book could be extremely explosive.

In hindsight it’s clear that Pope Francis was prophetic by going to the island of Lampedusa on his first trip outside of Rome after becoming pope.

It was June 9, 2013, not quite four months after his election to the See of Peter, and the day when he should have set off on his summer holidays. But, instead, he went to the tiny island.

Lampedusa is the southernmost territory in Europe and first port of entry to the Old Continent for many migrants, refugees, and asylum seekers who risked life and limb by traversing the Mediterranean on dinghies and dilapidated fishing boats. Many of them perished at sea, while others only barely made it to the island.

The media had reported the horrific stories and fate of these “boat people,” but most of Europe and most of the world pretended not to see or know. Pope Francis changed that by going to the island. And, in doing so, he was way before curve in addressing the global crisis of mass migration.

Christine Lagarde, managing director of the International Monetary Fund, recently said nearly 60 million people are on currently displaced from their homelands, principally because of the various wars and conflicts around the globe.

And in Europe this past summer, not even two years after the pope became perhaps the first world leader to speak out for the rights and dignity of migrants and refugees, there was a new crisis of immigrants arriving in record numbers mainly from the Middle East and North Africa.

One month ago, in a way almost as dramatic and prophetic as his visit to Lampedusa, Francis called on every Catholic parish, shrine, convent, and monastery in Europe to “take in” at least one migrant family. The appeal was met with mixed reactions.

The Vatican “adopted” two such families and, this past week, Rome’s local Caritas office announced that more than 80 church entities—62 parishes, 13 religious institutes, two seminaries, two families and two pontifical institutes—had taken up the challenge in the pope’s diocese.

“Migrants are our brothers and sisters in search of a better life, far away from poverty, hunger, exploitation and the unjust distribution of the planet’s resources which are meant to be equitably shared by all,” Francis says in his recently published message for the next World Day of Migrants and Refugees.

“Faced with these issues, how can the church fail to be inspired by the example and words of Jesus Christ? The answer of the Gospel is mercy,” he says.

In light of the bad rap the City of Rome has been getting in the press recently for being a hotbed of corruption, institutional selfishness, and moral and environmental degradation, it’s important to recognize that so many good people in the church here are opening up to those who, like Christ, stand and knock at their doors.