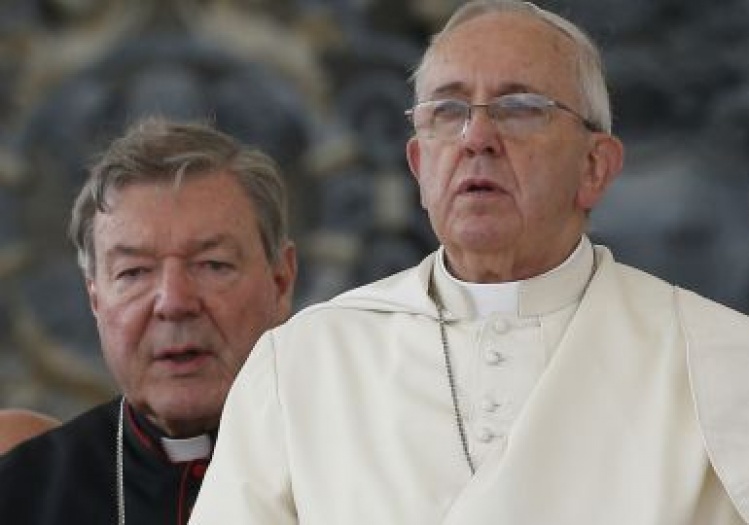 Pope Francis’s much-awaited encyclical on creation and ecology is already out. The Italian current affairs magazine, l’Espresso, posted a pirated copy of it Monday on its website. The head of the Vatican press office, Fr. Federico Lombardi, SJ, claimed it was just a “draft.” But he and his colleagues were so annoyed by the “heinous” act (as one of them described it) that the Jesuit priest took away the press credentials of the offending journalist, Sandro Magister. Among vaticanisti, Magister is the leading critic of Pope Francis, but he claims it was his editor – not he – who obtained the text of the encyclical and then decided to make it public three days ahead of Thursday’s official launch.

Obviously, the real villain was the Vatican official who leaked the text to l’Espresso with the obvious intention of embarrassing the pope and deflating the much-hyped roll out of what many have called the most anticipated papal document in decades. Officials don’t leak documents they like. They pass them on to raise alarm bells. And l’Espresso was the natural tool for carrying out the dirty deed since Magister’s articles have been a constant vehicle for airing the views of Francis’s critics. These include church figures and others who do not agree with the pope’s statements up to now on the environment, especially his conviction that climate change is mostly man-made.

The most prominent of the church’s self-described climate change skeptics (he insists he is not a denier) is Cardinal George Pell. He has given lectures and written articles on the topic. Well, according to the leaked draft, Pope Francis is very clear that human-induced climate change, pollution, exploitation of natural resources, and the current economic systems that depend on unfettered abuse of the environment are all very serious moral issues. What will Dr. Pell do? He’s not only a very high-ranking Vatican official, but is also one of only nine people in the whole world on the pope’s special advisory council of cardinals. Can he – or any Catholic – simply ignore the new encyclical or the parts they don’t like? Many have done so before, not least concerning Paul VI’s controversial 1968 encyclical, Humanae Vitae. Of course, the cardinal and many others in the hierarchy call such people “dissenters.”

Pope Francis seems not the least bit troubled by people, including bishops, who disagree with him or with each other. Further proof came on Tuesday when the Synod office issued yet another list of bishops whom the Pope has approved to attend next October’s assembly on the family. These are bishops elected by their national episcopal conferences. And it doesn’t seem that Francis has vetoed any of their choices. The Poles elected their conference president, Archbishop Stanisław Gadecki of Poznan, and two others who have vowed to resist any changes in church praxis on issues like communion for the divorced and remarried or being more welcoming to people in same-sex partnerships.

Contrast that with the Belgians. They elected Bishop Johan Bonny of Antwerp, who worked for ten years as an assistant to Cardinal Walter Kasper at the Pontifical Council for Promoting Christian Unity, as their lone delegate (because of they are smaller conference). The former Vatican official, who turns sixty next month, has been a leading voice among bishops who believe the church must revise its teaching on human sexuality. The Belgians debated whether or not they should select Bonny as their representative, fearing that some of his public statements, which were twisted by conservative commentators, might be seen in Rome as throwing down the gauntlet. But in the end, they voted their convictions. And by doing so they also sent a message to the pope that this is the man they want to succeed the conservative Archbishop André Léonard in the primatial see of Malines-Brussels.

Léonard, who turned seventy-five last month, has been denied the cardinal’s red hat all four times that consistories have been held since 2010 when he was named to Belgium’s top diocese. His appointment by Benedict XVI five years ago proved extremely controversial, especially when it was revealed that he had not even been on the terna, or list of three candidates, that the apostolic nuncio sent to Rome. Nor was he the choice of Cardinal Godfried Danneels, who had held the post the previous thirty years. Pope Francis, who counts Danneels as a friend and ally, took the first steps to aright the situation last February when he gave the red hat to that now-retired nuncio, Karl Josef Rauber. And many are wondering if he’ll now allow Danneels to finally have a say in who should be next Archbishop of Malines-Brussels. If so, John Bonny in Antwerp, where the cardinal was also once the ordinary, may be the front-runner.

No doubt you’ve seen that Pope Francis has set up a special tribunal in the Vatican to try bishops who abuse their office. And you’ve also seen that many people have begun naming all sorts of mitered wonders they think should be hauled before it. Unfortunately, no such tribunal exists. The Vatican merely announced last week the pope had agreed to a proposal to set up a special “judicial section” within the Congregation for the Doctrine of the Faith (CDF) that will “judge” bishops who have abused their office “in connection with abuse of minors.” But this remains only an agreed-upon proposal. It is likely to take several more months or even a year or two before such an entity is fully established and operational. In the meantime, the pope still has to deal with bishops who have covered up sex abuse in their dioceses.

And it looks pretty clear that’s what happened on Monday when the Vatican announced that Francis had accepted the resignations of Archbishop John Nienstedt of St. Paul-Minneapolis and his auxiliary, Bishop Lee Piché. They stepped down just ten days after a local prosecutor announced plans to sue the archdiocese for failing to protect children. Will this be the end of the story? What will happen to these two men now? The archbishop is sixty-eight years old and still seven years away from the normal retirement age of seventy-five. But the auxiliary bishop is only fifty-seven, nearly twenty years from being sent out to pasture. Will they be sent to work in parishes or given a sinecure in the Vatican? And will they ever be tried once the new judicial section is set up at the CDF? They apparently resigned because of their mishandling of the case of at least one priest-abuser. But people seem to have forgotten that Archbishop Nienstedt was also under investigation for allegations that he had inappropriate sexual relations with several priests, seminarians, and other men dating back to when he was a priest in the Archdiocese of Detroit and continuing even after becoming a bishop. The man who oversaw the investigations as Bishop Piché. He was supposed to report his findings to the apostolic nuncio in Washington. But in the past several months the investigation overshadowed by other turmoil inside the archdiocese. Will the results ever be made known? Or was resignation the price for making it all go away?