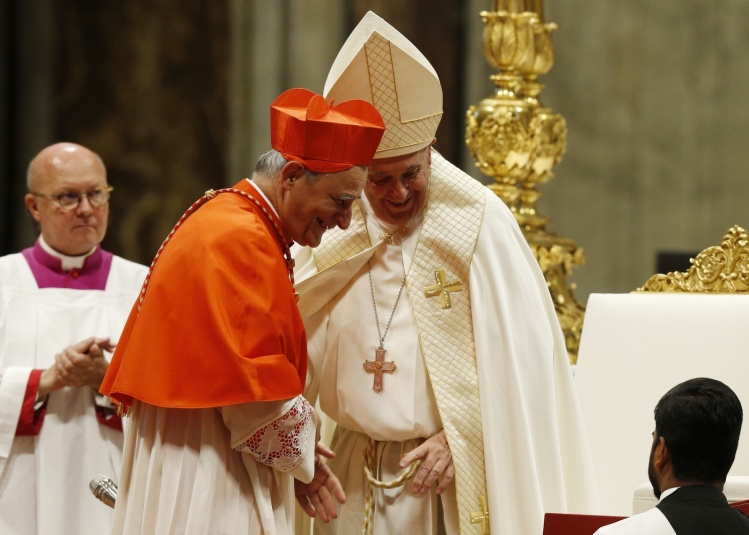 Italy’s upcoming elections could be the most consequential for the country in a very long time. They are likely to bring to office its first hard-right-wing prime minister, Giorgia Meloni—leader of the Fratelli d’Italia party, which combines disaffection from Republican institutions with a nostalgia for the fascism of Benito Mussolini. Given this, it’s almost of secondary importance that Meloni would also be the first woman at the head of government in Italian history.

The campaign has been vulgar and trashy, and all of the substantial issues—from the war in Ukraine to climate change—have been ignored. Facing rejection of the values informing Italy’s post-1945 constitutional system, the Vatican and the Catholic Church in Italy have been unusually cautious in their statements. Pope Francis has been particularly restrained: the pope who directly confronted Donald Trump’s promises to build a wall on the U.S. border with Mexico has hardly been heard from, though the plans of Meloni and her ally, League leader Matteo Salvini, are no less cruel. But this is a different situation, and a different Pope Francis: he has limited the autonomy of the Vatican Secretariat of State not just on the finances of the Holy See, but also in taking positions on political issues. And at the same time, a traditionally important observer of Italian politics, the Jesuit-run and Vatican-vetted Civiltà Cattolica, has published nothing about what’s at stake in these elections—a departure from its coverage in 2018, or its coverage of the 2019 elections for European Parliament.

On September 21, just days before the election, the leadership of the Italian episcopate issued guidance for Italian voters with a three-page statement titled “Dare to Hope: An Appeal to the Women and Men of Our Country.” *  The document encourages participation, reminds voters of the need to care for the marginalized, lists the many emergencies Italy is facing, and makes reference to Catholic social doctrine. There was also a statement in late August from bishops in rural and mountain areas opposing tax proposals that would widen the gap between the wealthy north and the poorer south. The overall impression is that Italian Catholic leaders, both the ecclesiastical hierarchy and lay organizations, are overwhelmed by the gap between the seriousness of the situation and the forces at their disposal, underscoring the growing political irrelevance of the Catholic Church in Italy. In this campaign, only right-wing parties are trying to win the votes of Catholics. The “political homelessness” of Italian Catholics can also be traced to the difficulty of communication between Francis and the Italian bishops.

The new president of the bishops’ conference, Bologna Cardinal Matteo Zuppi, is also a member of the Community of Sant’Egidio. Some community members are running for parliament on a slate connected with the center-left Democratic Party; this may be influencing how freely Zuppi (elected last spring by the bishops, but on the strong recommendation of the pope) feels he can speak during the campaign. Right-wingers, who have abandoned all pretenses of deference to the Catholic hierarchy, could raise the issue of a conflict of interest.

Sectors in Italian Catholicism and the Vatican would be just fine with an Italian government following the script of Hungary’s Viktor Orbán.
sharetweet

Further, Zuppi knows that some clerics in Italy and in the Vatican would welcome a right-wing government that, though anti-immigration, would also block Western-style policies recognizing LGBT rights and tighten the provisions of Italy’s Law 194 on abortion. Sectors in Italian Catholicism and the Vatican would be just fine with an Italian government following the script of Hungary’s Viktor Orbán. The recent meeting between Meloni and Cardinal Robert Sarah, one of Francis’s most outspoken critics, seems to confirm the plan of Italy’s right-wing parties to rely on traditionalist prelates to legitimize their ascent to power.

Immigration might be the only real point of friction between the Vatican and a right-wing government. But there could be a more muted reaction from the Catholic Church in Italy. The visibility and influence of Catholicism are far weaker than at the time of Berlusconi’s rise thirty years ago. Events staged for the media cannot conceal the cultural and sociological anemia of Catholic movements active in Italian politics (especially Communion and Liberation). At the same time, one wonders whether the bishops and the Vatican are underestimating the meaning of a hard-right victory and ascension to power. Italy’s hard Right pushes a reactionary ideology drawing from “paternal Catholic modernism”—a robust state that protects and promotes the traditional family (“God, homeland, and family”) and is neither capitalist nor libertarian. But describing Meloni’s Fratelli d’Italia merely as “populist” obscures its neo-fascist origins and nature. It’s worth remembering that the neo-fascists who came to national government with Berlusconi in 1994 (the Alleanza Nazionale party) strove to distance themselves, at least rhetorically, from Mussolini in order to gain legitimacy. Fratelli d’Italia makes no such pretense: the democratic and constitutional crises have surfaced the nostalgia for fascism in the form of appeals to authoritarianism.

Between 2018 and 2019, Steve Bannon et al.’s attempt to establish a beachhead for Catholic illiberalism in Rome and the Vatican went nowhere. But a lot has changed since then, especially because of the war in Ukraine and the ideological and geopolitical fault lines it has exposed. With a hard-right government in Italy, Francis would be forced to find a way to live with political leaders who have a very different worldview and even a different language than he has. A new government in Italy could very easily strengthen opposition to Francis and severely limit the social and political reception of his pontificate’s core message.

* This story has been updated to reflect the release of the Italian episcopate's document on electoral guidance on September 21.