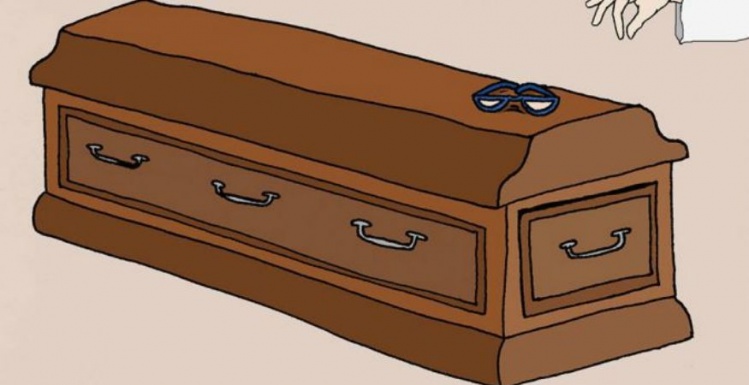 The uncle of a parishioner died. His funeral was being held in a church a couple of towns away and I decided to attend as a concelebrant of the Mass. I actually enjoy these occasions, since they offer an opportunity to pray at a liturgy without the usual responsibilities of preaching or having to lead the worship. Very often, this old dog learns a few new tricks—some fresh new preaching angle, or maybe a bit of new music—but sometimes there’s a clear lesson in what not to do, as was the case in this instance.

Things began well enough. The pastor would preside at the Mass, and he greeted me warmly in the sacristy. He was an amiable and friendly guy and we chatted about the deceased and his family, as well as developments in the diocese and parish. Things started going south with the opening hymn. There was a blast of sound from the organ and suddenly the priest and adult altar server, still in the sacristy, jumped to attention. We marched out into the church and down the main aisle to greet the body and the family, all the while accompanied by one of the most piercing human voices I have ever heard. I recognized the hymn, but could not make out a word of it, since the organist’s voice was so high. I should have known we were in serious trouble when the priest, in the greeting prayer, blessed the body of “Amos” rather than the body of “Joseph.” I’m sure I looked rather confused. I heard that Uncle Joe had died. Who was Amos? Only later did I learn that, despite using his middle name of Joseph for his entire ninety-four years, the deceased’s legal name was Amos.

When it was time for the homily, Father Pastor stepped away from the pulpit and walked down to the family in the pews. I was about to give him extra points for speaking from the heart without notes, when, from under his robes, he produced a newspaper clipping. The obituary. He read it aloud and then did something I have never seen in all my decades of priesthood. He removed his reading glasses and casually placed them on the casket as if it were the coffee table in his living room. He continued in his own words, some of which I recognized from a sample homily in an old guide for funerals. But at this point no one in the congregation was paying much attention to what he was saying because we couldn’t take our eyes off those reading glasses! I knew the pastor to be a nice man. He wasn’t intentionally being disrespectful. Just unthinking.

Sensitivity. If there is ever a time when a parish is called to be sensitive, and to be thinking about what sensitivity requires, it’s when ministering to a family after a death. Not only has someone dearly loved been lost, but very often that loss comes after weeks or months of worry and suffering. Nerves have been rubbed raw and patience worn thin. Sometimes, a funeral is a person’s first contact with a parish after years of inactivity or absence.

In these days of larger parishes and fewer priests, chances are greater that the pastor will not have known the deceased. Priests should take the time to meet with a family a few days before the wake and funeral. I have found that spending an hour with a family listening to their stories about Grandma and then walking them through the liturgical choices that have to be made makes my job much easier when it comes to preaching and presiding. Learning the little things about a person’s life can help guide the family to more meaningful scriptural readings. Learning the big things, like what first name the deceased used, is not only comforting, but spares the congregation from having to scratch their heads and wonder who Amos is. Let the music at a funeral be singable or, at the very least, bearable. Many parishes have volunteer “Resurrection choirs,” which are particularly effective in creating an atmosphere of prayer and participation.

Finally, remember that a funeral might well be the first trip back to church for many, not to mention an introduction to Catholicism for many others in the congregation. It’s a chance to show that the compassion of Christ lives at the heart of our communities. That compassion ought to be manifest in all the liturgical choices we make, keeping us mindful, one hopes, of the difference between coffins and coffee tables.

The Kingdom of What’s Happening Next