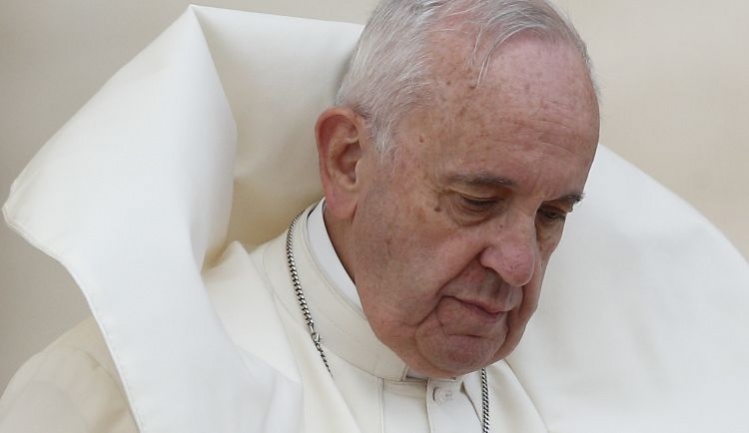 Many Catholics have been deeply troubled by Pope Francis’s emphasis on mercy and forgiveness as the primary gestures of the church. Such an approach, they argue, seems to run directly counter to the church as the defender of objective moral truth. To these critics, John Paul II’s denunciations of “the culture of death,” Benedict XVI’s repeated warnings about moral relativism, and the American bishops’ forthright condemnations of abortion, gay marriage, or assisted suicide better exemplify the role of the church as teacher of truth, defender of doctrine, and moral guide. Critics of Francis think that by leading with mercy and forgiveness the church trivializes sin and moral failure, justifying the old claim that Catholics have it easy when it comes to immorality. They sin easily because a quick turn in the confessional box and two Hail Mary’s clears the record. To understand Francis and support the direction he has been setting for the church, I believe we need to think more deeply about the ways and means of “forgiveness.”

One of my favorite New Yorker cartoons depicts the traditional psychiatric scene with a patient stretched out on a couch and the psychiatrist perched in a chair with a notebook. In the cartoon the psychiatrist leans toward the patient and says, “Why you swine, you!” A bad start for psychotherapy. The governing assumption for psychotherapy is that the therapist is a forgiving presence. However deviant or disturbing the patient’s behavior, the therapist does not act as moral judge. The psychiatrist’s job is to cure the aberrant behavior, not condemn it. Psychotherapy is “forgiving” not only because it avoids a moral censure, but primarily because it is based on the assumption that the patient has a core of mental health. A determined posture of moral rejection would in effect regard the patient as psychically beyond cure.

Psychiatric practice rests on a reconfiguration of behavior from morality to medicine. The great twentieth century Jewish theologian, Franz Rosenzweig, makes a similar transition in a small book titled in translation Understanding the Sick and the Healthy: A View of World, Man, and God. (A more accurate non-sexist translation of the German: A Booklet about Sick and Healthy Human Understanding.) Rosenzweig recast morality into “medical” categories. Sin is not just bad behavior, it is spiritual sickness. Immorality is a symptom. There is no use alleviating the symptom without addressing the spiritual disease. Immoral conduct can, of course, be controlled by coercion yet leave the person’s spiritual state no better—and often worse—than before. Repressed conduct can be even more corrosive to the soul than direct expression. Pope Francis echoed Rosenzweig when he described the church as a “field hospital” for the spiritually wounded. Keeping this shift in mind, I want to consider the assumptions and practices of secular psychotherapy and how they may illuminate the spiritual soul therapy of the church.

Physical medicine can be administered impersonally, from outside and above. An antibiotic stops the infection no matter how grumpy the patient or indifferent the physician. Psychotherapeutic cure occurs only with the personal involvement of patient and therapist.

Patients must come to understand themselves and their distorted world view. Thus the old joke: “How many psychiatrists does it take to change a light bulb?” Answer: “None, the light bulb has to change itself.” If patients in some sense cure themselves, what is the role the therapist?  Listening.

To understand the damaged self and also discover the core of mental health, the therapist listens to the patient’s self-description, concerns, and fantasies. The distinguished psychotherapist, Lawrence Kubie, called it “listening with the third ear.” In physical medicine the physician can generally depend on the self-reporting of the patient. “No, the pain is more in the ankle.” Not so in psychotherapy. What the patient says is critical, often not for what it reveals, but for what it conceals. Listening with the third ear, the therapist catches the tones, the hesitations, and phrases that emerge from the depths of the patient’s psyche. The critical problem for psychotherapy is getting the patients to recognize their damaged selves. Conversation between patient and therapist can reveal what is hidden. Therapists not only listen with the third ear, they must create a bond of trust that allows the patient to accept a more realistic view of their world from the therapist. Final cure in psychotherapy occurs when trust in the voice of the therapist allows the patient to reconstruct the self and the world.

The psychiatric patient is, we say, out of touch with the reality. Rosenzweig’s spiritually sick were out of touch with real world of man, and God. If the church is to be a field hospital to the spiritually sick, it needs a soul therapy that resembles secular psychotherapy: forgiving, listening, helping individuals to recognize their damaged selves so as to create a true relation to the world. The first assumption for Christian spiritual therapy is forgiveness because one seeks to reach what Simone Weil called “the deep part of the soul that dwells intact and is perfectly innocent in every human being, including the most despoiled.” Moral denunciation alone ignores the deep innocence of the soul. Deep listening with a third ear is the only opening to the soul. Finally, the spiritually damaged must come to trust the church as proper witness to the “real” world.

Shifting from moral censor to listening for the spirit is a fundamental change for which the church is in many ways woefully under-prepared. (Conservative critics are right: Francis is revolutionary.) Not the least of the barriers to change is the dominant face of moral denunciation in church history and rhetoric. It is much easier to categorize someone’s conduct under a moral rule, than understand someone’s spiritual state. The priestly confessor needs to find the penitent’s damaged soul that emerges in some putative sin. The Curé of Ars was a great confessor because he had the gift to “read souls.” It would be splendid if individual confessors could be trained to read souls, but it is a rare gift. Confessors could, however, learn to ask questions directed beyond conduct in order to reach the spirit. Finally, of course, penitents must trust the confessor’s and the church’s love and care if they are to believe in the reality of the Christian world.

The most difficult challenge for the church will be asserting the Christian view of the world as “the real world.” For many today nothing seems more unreal than the Biblical story. In assessing reality, one can start with a possible spiritual sickness and its “unreal” world. Thoreau suggested that the vast majority live in a state of quiet desperation. Kierkegaard pointed out that the opposite of Christian faith is not unbelief but despair. Is spiritual despair sickness or health? Whatever “unreality” maybe assigned to Christianity, it at least pictures a world beyond despair. Pope Francis reminds us of “The Joy of the Gospel”: a vision in which we understand humanity as caught up in a world of love—“the love that moves the sun and the other stars.”

A final comment on “forgiving.” Is a forgiving church somehow a weak and indecisive reality? I think not. At various times I have been involved with architects charged to design areas subject to considerable wear and tear. I was surprised to have them recommend wood for surface treatments. Wood is “forgiving.” Unlike hard surfaces like tile, wood is resilient, absorbing blows that would disfigure a harder surface. The church should be forgiving in that sense. After two thousand years of a wayward and contentious history, the church can claim the resilience, integrity, and wisdom of ancient oak.