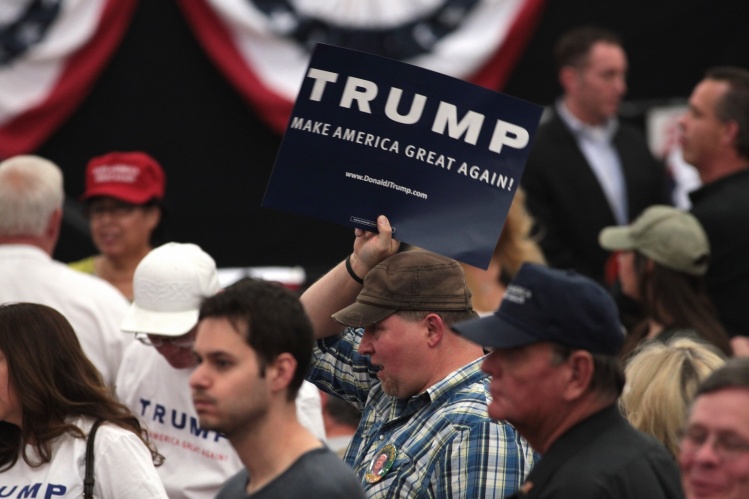 David Bromwich, who teaches Humanities at Yale and often writes about politics for the London Review of Books, has an important essay on Donald Trump’s likely political fate in the review’s recent issue (“House-Cleaning,” March 7). After laying out in considerable detail Trump’s corruption and manifold lies, both as a real-estate mogul and as president, Bromwich offers a shrewd assessment of Trump’s appeal and the Democrats’ persistent mistakes. He comes to a sobering, even frightening, conclusion: “Re-election seems just as likely as impeachment. He is fighting for his life, and he would rather sue than settle.”

Bromwich is very much left of center, and I often find his criticism of Democrats like Barack Obama to be strident and unrealistic. But his warnings about the party’s rhetorical excesses are on target. His essay was written before the contretemps surrounding Democratic Rep. Ilhan Omar’s anti-Semitic outbursts. Demands were quickly issued for the House to pass a resolution condemning her remarks. In the end, facing resistance from the black caucus and other progressives, the House passed a resolution condemning all bigotry but not mentioning Omar, who is one of the first two Muslim women elected to Congress. The Democrats, it is widely believed, made a dog’s breakfast of the controversy, revealing how divided they are on many issues.

In his essay, Bromwich describes a conversation he had with a Trump voter at a bar in Nashville. His efforts to persuade his interlocutor of Trump’s malign influence came up against the man’s deeply held disdain for, and suspicion of, Democrats. The Democrats, Bromwich concludes, “have a language problem.” In describing Trump’s faults, failures, and absurdities, they rely on “jargon” and “Greek words like ‘homophobic’ and ‘misogynistic,’ ‘transphobic’ and ‘xenophobic.’” This “abstract language [has] no salt or savor, and no traction in common speech.” Despite Trump’s election, liberal elites remain complacent when it comes to engaging disaffected voters. I would add that the significant gains Democrats made in the House of Representatives last fall are no guarantee of success in 2020. Much of that tidal wave came thanks to Democrats’ efforts to win over anxious suburban voters, not pushing hard to the left in the manner of Alexandria Ocasio-Cortez.

For better or worse, most Americans will not vote for a party that has little good to say about the nation’s history and culture.
sharetweet

Bromwich warns that “most Americans still believe that an accused person is innocent until proven guilty,” which made the battle cry “believe all survivors” around the Brett Kavanaugh hearings just more ammunition for right-wing media. Nor are Democrats going to win votes with slogans like “No Borders, No Walls” and “Abolish ICE,” let alone Rep. Omar’s suggestion that Jewish American support of Israel raises questions about dual loyalties, an old anti-Semitic trope. The Democrats’ language “problem” exacerbates the most neuralgic conflicts. “The party of Hillary Clinton, NPR, and the New Yorker,” Bromwich writes, “had better watch the increasingly careless deployment of the phrase ‘white man’ and ‘white male’ as dismissive epithets.” The “vast majority of humankind,” Bromwich reminds us, “can’t be talked into voluntary self-denial on account of their race.”

Trump’s approval rating after the government shutdown and his declaration of a national emergency at the border has risen to a depressing 46 percent. This is stupefying, but it is also a reminder and a warning that, while most Americans pay little attention to politics, the electorate remains unusually volatile. Democrats need to lower the volume and modulate the rhetoric. Even more important, Bromwich argues, they should get out of their forty-year, Reagan-induced defensive crouch about the value of government. Americans need to be reminded, in language with both salt and savor, of all the good and necessary things government does.

For better or worse, most Americans will not vote for a party that has little good to say about the nation’s history and culture. In politics you need the ability to count, not just vent. Dinosaurs like yours truly have lived through this bad movie before. It was called the 1960s and ’70s, when the “unpatriotic” Democrats became identified with racial polarization, radical feminism, sexual libertinism, abortion, and elite condescension toward Middle America. In many ways, that was a slander skillfully perpetrated by Republicans, but there was enough truth in it to make it stick. The result was first the election of Richard Nixon, and eventually the “Reagan Revolution,” which planted the poisonous seeds of contempt for government and the poor. You don’t win elections by telling voters they are racist, sexist, or phobic. Democrats win by proposing to expand on the nation’s successes, not by tearing them down. Yes, wrongdoing needs to be condemned, and those responsible held accountable. But let’s not repeat the political mistakes of the 1970s. Going through that once was more than enough, believe me.