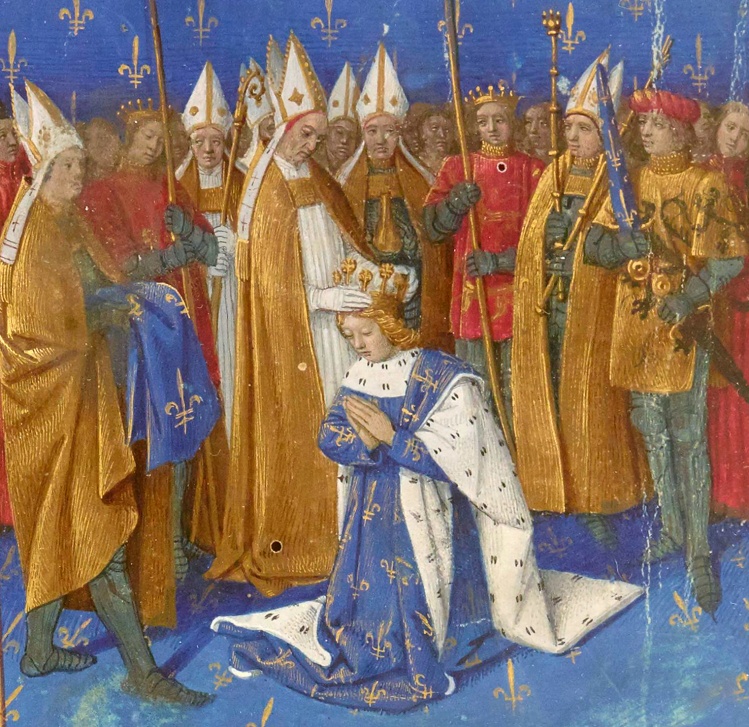 The current wave of anti-liberalism in the nations of the West and in the Catholic Church is bringing fifty years’ worth of disappointments to the surface. One would have to be blind not to notice the fact that the period after Vatican II—what Karl Rahner called the beginning of the “world Church,” a new age in the history of Christianity—has been a messy one, full of tension and uncertainty. Most postconciliar periods have been messy, but the disorder of this period has been aggravated by new global anxieties about environmental ruin, nuclear war, and globalization.

The new anti-liberalism springs from an old temptation: nostalgia. The anti-liberals dream of a new Christendom that would restore the church to a position of official dominance enforced by the state. They are allergic to pluralism, especially cultural and religious. There is some of this in the Trump agenda and in the right-wing governments now in power in Italy, Austria, Hungary, and Poland, as well as in the free state of Bavaria in the German Federation. The recent meeting between Cardinal Raymond Burke and the new Italian minister of the interior, Matteo Salvini, says something about this realignment. Salvini is known not only for his threats of unconstitutional police-state repression against migrants and gypsies in Italy, but also for saying that Benedict XVI is still his pope.

Some people in Europe and the United States still haven’t accepted that we now live in a world church that represents a historical development beyond medieval Christendom. The state of denial of those who still believe that a return to Christendom is possible is driven by many factors, but one in particular: the return of the myth that the whole category of the secular is a liberal invention, the myth that “once, there was no secular.”

There is, of course, nothing new in populist politicians using religion for their appel à la violence. The major problem is the legitimacy that a new generation of anti-liberal Catholics seems willing to give to this kind of populist rage, with the intention of overcoming current political challenges with a return to the past—as if the failures of liberalism automatically make Christendom possible again. The crude fact is that Christendom failed. What are usually called “liberal Catholicism” and “liberal theology” acknowledge this.

In an important book published in Italy and Germany this year, the young church historian Gianmaria Zamagni recounts the modern history of the debate on the “Constantinian age” of European Catholicism. The critique of the Constantinian model of Christendom begins at least thirty years before Vatican II. In 1932, in the first volume of the Kirchliche Dogmatik, Karl Barth identified Constantine as the reason for the decline of Christianity. In the spring of 1963, as debates about what would become Gaudium et spes were underway, the French Dominican Marie-Dominique Chenu also drew attention to the problems of Constantinianism in a paper titled “The Church and the World.” Nor were Barth and Chenu isolated cases. Friederich Heer, Erik Peterson, Ernesto Buonaiuti, Étienne Gilson, Jacques Maritain, Emmanuel Mounier, and Yves Congar all made similar arguments.

Vatican II’s attitude toward the church’s past was complex and ambivalent. It’s clear from the way the council dealt with the issue of Concordats and bishops’ appointments that there was still a desire to maintain certain features of the old relationship between the church and political power. But Vatican II’s teachings on religious liberty, ecumenism, and non-Christian religions represented a break with key aspects of the theology that had undergirded Christendom. As for ecclesiology, in paragraph 8 of Lumen gentium, Vatican II looked to the way Jesus himself dealt with the issues of freedom and coercion, especially religious coercion: “Just as Christ carried out the work of redemption in poverty and persecution, so the Church is called to follow the same route that it might communicate the fruits of salvation to men…. [the Church] ‘like a stranger in a foreign land, presses forward amid the persecutions of the world and the consolations of God,’ announcing the cross and death of the Lord until He comes.”

Going back to the Middle Ages is not just a practical impossibility—especially in the “global south” where Christianity is now growing. It is also, and no less importantly, a theological impossibility.
sharetweet

Of all the ambivalences and sometimes intentional ambiguities of the documents of Vatican II, the council marked a reckoning with the history of the church’s relationship with political power, especially in the twentieth century. The bishops and theologians at Vatican II delivered a clear, albeit mostly implicit, moral and theological judgment on efforts to deal with modernity by repurposing totalitarianism and authoritarianism for the protection of the institutional church and the promotion of a Christian social order. (How many of the supporters of authoritarian regimes in pre–World War II Europe became, thirty or forty years later, leaders of Vatican II?)

This judgment was based partly on a new historical sense of the myths that had nurtured the church’s anti-modern stance. One of these was the myth of a Jewish conspiracy against the church. But this pernicious myth fit into the larger triumphalist myth about the glories of Christendom, which had only to be recovered and renewed. This was the myth at which Pope John XXIII took aim in the speech that opened the Second Vatican Council on October 11, 1962:

In the daily exercise of our pastoral office, we sometimes have to listen, much to our regret, to voices of persons who, though burning with zeal, are not endowed with too much sense of discretion or measure. In these modern times they can see nothing but prevarication and ruin…. They say that our era, in comparison with past eras, is getting worse, and they behave as though they had learned nothing from history, which is, nonetheless, the teacher of life. They behave as though at the time of former councils everything was a full triumph for the Christian idea and life and for proper religious liberty. We feel we must disagree with those prophets of gloom, who are always forecasting disaster, as though the end of the world were at hand….  It suffices to leaf even cursorily through the pages of ecclesiastical history to note clearly how the ecumenical councils themselves, while constituting a series of true glories for the Catholic Church, were often held to the accompaniment of most serious difficulties and sufferings because of the undue interference of civil authorities. The princes of this world, indeed, sometimes in all sincerity, intended thus to protect the church. But more frequently this occurred not without spiritual damage and danger, since their interest therein was guided by the views of a selfish and perilous policy.

All this says something to us today. The refusal to learn from history seems to be a problem for the church now, just as it was in 1962. One must acknowledge that the global disruptions of the current age directly challenge some of the assumptions of Vatican II. When the conciliar documents discuss violence, for example, they are never referring to religious violence. In this sense, Vatican II needs a radical recontextualization. Nevertheless, the council still has something important to say to Catholics who “behave as though at the time of former councils everything was a full triumph for the Christian idea and life and for proper religious liberty.” In some parts of the world, where Christianity used to be either the only religion or the main one but is now a minority religion, some are again pining for a restoration of an idealized Christendom. They should heed John XXIII’s warning.

Going back to the Middle Ages is not just a practical impossibility—especially in the “global south” where Christianity is now growing. It is also, and no less importantly, a theological impossibility. The ressourcement of Catholic theology in the twentieth century was not primarily a return to medieval sources or even to the fathers of the church; it was above all a return to the example of Jesus himself. To take that example seriously, as Dignitatis humanae does, is to resist any effort to impose Christianity coercively. Christendom often left the individual with too little room for self-determination—too little choice, for example, about whether, and whom, to marry. It too often assumed that the most important decisions about a person’s life were best made for him or her by the family, the community, the church, or the state. Christendom also provided a theological rationale for the wars of religion, a rationale now evidently irreconcilable with Catholic teaching. Finally, Christendom relied on the identification of Catholicism with European civilization. But one does not have to be European to be Catholic, a fact that becomes more evident with every passing year. Romanitas is no longer an essential feature of Catholic Christianity—if it ever was. The theology of Vatican II points toward the Kingdom of God rather than to a church protected by a political, constitutional, social, or cultural establishment.

There is no question that Christianity still needs to come up with a political theology able to address secularity, the dangers of populism, inequality, climate change, and transhumanism, among other pressing issues. It needs a new theology of the common good that is adequate to the problems and possibilities of our own time. It is delusional, however, to think that we will find what we are looking for, or what we need, in a resuscitation of premodern Christendom.