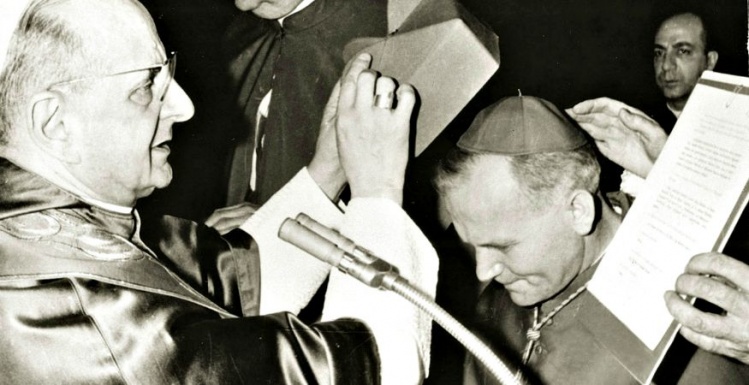 The Coup at Catholic University opens on an irenic note. Priest-author Peter M. Mitchell acknowledges that older Catholics in the United States have been shaped by experiences about which his generation—Mitchell was ordained in 1999—is almost entirely ignorant. Generational divisions in today’s church, he suggests, would be more readily bridged if his own cohort knew more about the world in which their elders came of age. “We are too young to remember the supposedly good old days before the council. The fact that those who do remember them personally often respond so emotionally and negatively when those days are recalled should give my generation pause.” All he asks in return—and this seems eminently reasonable—is that older Catholics “will at least respect that my generation’s experiences and insights are no less valid than theirs.”

Whatever his intentions, however, Mitchell has produced a narrative that can only exacerbate the polarization he laments. His ostensible subject—the “coup” of the book’s title—has to do with events at the Catholic University of America that unfolded between the spring of 1967 and the fall of 1969. In April 1967 the university’s Board of Trustees, a substantial majority of whom were bishops, voted against renewing the contract of moral theologian Father Charles Curran, despite his having been unanimously endorsed by his colleagues in the School of Theology for promotion to its tenured ranks. Curran received no explanation from the board for its wholly unexpected decision, although his prominence as a critic of the church’s teaching on contraception was widely assumed to be at issue. Once the board’s action became public knowledge, faculty and students at CUA responded by going on strike—an action unprecedented in the university’s history and difficult indeed to imagine happening today. At the end of a tumultuous week, the board reversed itself and Curran was awarded tenure.

Curran and his colleagues in the School of Theology were once again in the public eye in the immediate wake of Humanae vitae. Although more than six hundred theologians from around the country signed a “Statement of Dissent” that was critical of the encyclical’s principal conclusion, Curran was prominent as an organizer of the protest and—given that Washington, D.C., is a prime media market—a spokesman. Certain powerful members of the Board of Trustees, notably Cardinals O’Boyle (Washington, D.C.), Krol (Philadelphia), and McIntyre (Los Angeles), tried once again to fire Curran and any of his eight co-signer colleagues who refused to repudiate the “Statement.” And once again they failed, not because of a strike this time but because their episcopal confreres both on and off the board were strongly opposed. Such an action was too extreme, in their view, and risked serious damage to the university’s academic reputation.

In fairness to Mitchell, he relates these events with an obvious effort at even-handedness. The strike at CUA, he acknowledges, was fueled in part by faculty frustration at its often-repressive intellectual atmosphere and the university’s dismal record as an employer. If the “dissenting theologians”—his term—were sometimes arrogant, Cardinal Patrick O’Boyle, CUA’s chancellor and the dominant figure on the Board of Trustees, “left the impression of having many holes in his knowledge of theology and of academic matters...” Mitchell’s interpretive stance, however, is anything but balanced. By wresting from the nation’s bishops their right to control what was taught at an allegedly Catholic university, as Mitchell sees it, the “dissenting theologians” at CUA set in motion a disastrous chain of events. “It would not be long before dissent and the rejection of dogma would come to be par for the course at many of the nation’s Catholic secondary and parochial schools.... The takeover of CUA in 1967 was the single most significant cause of the widespread dissent from church teaching among the Catholic laity in the United States after the Second Vatican Council.”

That Catholic University, relatively small and not generally ranked in the first tier of Catholic universities nationally, could play so pivotal a role in postconciliar change seems implausible on the face of it, even to one—here I speak of myself—who was happily employed at that institution for a number of years. James Hennesey’s magisterial survey of American Catholic history (1981) fails even to mention the CUA strike when it deals with Catholic higher education in the post-council years. He focuses instead on the Land O’Lakes Statement issued in July 1967 by a number of prominent Catholic educators, which asserted as essential to a Catholic university both autonomous governance and complete academic freedom. The presidents of Notre Dame and Boston College were among its many signatories.

Mitchell’s causal claims do possess what I’d call an emotional logic. They permit a before-and-after—an Eden and a Fall. Mitchell seems to believe that sexual license and religious doubt were sudden products of the mid-1960s, with no historical antecedents. His strategy also means that his players are either villains or heroes—though heroes manqué, for the most part, and villains who did not fully grasp that their actions would lead to a sexual dystopia. That Mitchell interviewed Curran does not mean that Curran’s voice or thinking do much to shape the narrative. An ignorant reader would not know that, in the context of the times, Curran was actually quite moderate. In the words of his distinguished contemporary Richard McCormick, SJ, “His theological orientations are what I would call ‘middle of the road’.... I have always felt that his recent troubles with the Catholic University Board of Trustees was a case of ‘getting the wrong heretic.’”

Good historians invariably possess a tolerance for ambiguity. No golden ages for them—this side of paradise, our lives are complicated and so is the record of our life together. Mitchell might have mentioned, for example, that by the time of the CUA strike in 1967, a substantial majority of Catholic wives in their child-bearing years were already making use of forbidden modes of contraception. In the United States it was lay authors rather than priest-theologians who first went public with doubts about church teaching on birth control. Rather than trying to overthrow the Magisterium in favor of secular American values, which is how Mitchell sees it, Charles Curran was addressing a very real problem suddenly confronting a good many very real confessors.

The pastoral crisis generated by the issue of contraception and especially the issuance of Humanae vitae also explains why Mitchell’s account has so few heroes. A host of impeccably conservative churchmen refused to support the board’s efforts to fire Curran or his “dissenting” colleagues, thereby—in Mitchell’s telling—embracing the “creed” of the American Association of University Professors (AAUP) in lieu of the creed of the Catholic Church. Somewhat in the spirit of the late Senator Joseph McCarthy, Mitchell’s narrative ultimately rests on a conspiracy so immense as to be quite literally incredible. Rather than history in the usual sense, the book is really a cri de coeur: “Having grown up in post-Roe v. Wade America, my generation has personally experienced the destructive effects of the moral permissiveness heralded in the 1960s as the way of freedom and love.” If I find Mitchell’s notion of causality to be seriously deficient, I am more than sympathetic to his evident moral anguish.