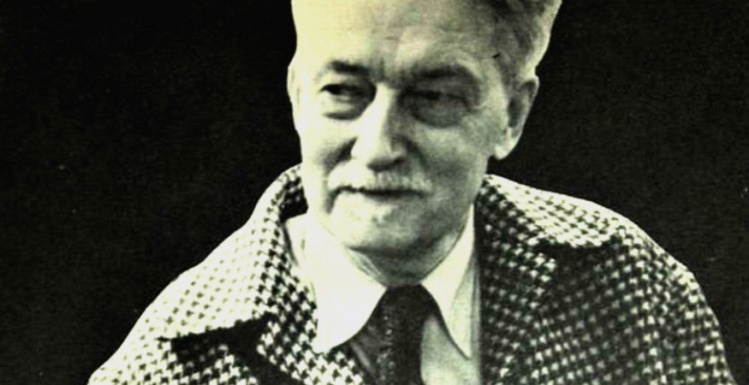 A question: Can you name the first modern constitution to defend “the dignity and freedom of the individual”?

That the answer is the Irish constitution of 1937 is one of the puzzles unraveled by Harvard law professor and historian Samuel Moyn in his Christian Human Rights. The book is a prequel. Moyn’s first history of human rights, The Last Utopia (2012) was a brisk dismissal of claims that human rights originated in the French Revolution (according to secular-minded scholars) or the Reformation (Protestants) or a combination of sixteenth-century Spanish scholastics and medieval canon lawyers (Catholics).

These extended histories, in Moyn’s view, were essentially irrelevant. The vocabulary for a new focus on human rights emerged in the context of the Second World War. For the next thirty years the geopolitical rivalries sparked by the Cold War and decolonization made invocations of human rights dead on arrival. The lead speaker at a United Nations–sponsored conference on international human rights as late as 1968 was, of all people, the Shah of Iran.

Only in the 1970s did an opening emerge for a global human-rights movement. That Jimmy Carter followed upon the realpolitik of Henry Kissinger and Richard Nixon with a claim to base his foreign policy on human rights, not power politics, marked an abrupt reversal. (That Carter, a serious Christian, made this claim in a commencement address at the University of Notre Dame, with the encouragement of the university’s longtime president, Fr. Theodore Hesburgh, CSC, is also revealing.) That Amnesty International, founded by British Christians in 1962, won the Nobel Peace Prize in 1977 marked a beginning, not an end.

The end is not yet in sight. Anyone speaking with idealistic undergraduates and asking them about postgraduate plans is likely to hear one explain that she would like to work “in human rights.”

Christian Human Rights steps back in time a generation from the 1970s. During the chaotic 1930s and ’40s, as democracies collapsed and Nazi armies crisscrossed Europe, Christian thinkers, Moyn argues, led by the French Catholic scholar Jacques Maritain, performed an act of rhetorical bravado. Simultaneously they persuaded moderate Christians to commandeer a language of rights and democracy once almost wholly associated with the secular left while cajoling policy-makers and intellectuals into accepting that postwar societies in Western Europe and North America needed a deeper religious grounding. Even more, they edged co-religionists once sympathetic to authoritarian governments off the intellectual stage. Their term of art was “personalism,” or the idea that Western culture must defend the rights held by persons (in relationship to society), in contrast to a fragile (and secular) individualism.

The speed of the transformation was blinding. Catholic intellectuals in the interwar era did not distinguish themselves by devotion to either human rights or democratic ideals. Vatican officials, after all, negotiated a concordat with Mussolini’s Italy (1929) and urged other “Catholic states” such as Poland, Austria, Portugal, and Spain (after Franco’s victory in the Spanish civil war) to recognize Catholicism as the one true religion, and grant church officials oversight of family law and media censorship. Catholic states, in the Vatican view, did not require democratic politics and in fact the messy political compromises endemic to democracies might hinder the successful completion of negotiations between church officials and government bureaucrats. Religious freedom for Protestants and Jews existed in Catholic states, but often as a matter of toleration, not right. The chief Vatican diplomat, Cardinal Eugenio Pacelli, soon to be Pope Pius XII, declined to endorse the Irish Constitution of 1937 that invoked “our Divine Lord, Jesus Christ” because it neglected to expressly identify Catholicism as the religion formally endorsed by the state.

The turning point occurred the same year that Pope Pius XI released an encyclical targeting the threat posed by Soviet communism. No state, the pope insisted, should be able to deny the “rights, dignity, and liberty of human personality.” (This terminology, too, made its way into the Irish Constitution.) Also in 1937, although not noted by Moyn, Jacques Maritain made a major break with the Catholic right on both sides of the Atlantic by refusing to take the Francoist side in the Spanish Civil War, precisely because an authoritarian Franco could never model Maritain’s prescriptive mixture of democratic politics and Catholic social thought. (The Commonweal editorial board sided with Maritain and the subsequent loss of subscribers almost shuttered the magazine.)

In the early 1940s, as the European crisis intensified, Pope Pius XII, too, shifted his tone. In his famous Christmas radio addresses of 1942 and 1944, speaking from a tense, wartime Rome, he drew upon Maritain’s work to sketch a Christian lineage for human rights and democracy. Never before had a pope defended the “dignity of the human person” and “fundamental personal rights.” This language of personalism and human dignity, propelled by the incessant writing and lecturing of Maritain and his allies, spread across Europe and North America. The German Christians who participated in the failed 1944 attempt to overthrow Hitler pleaded for a government based on the “inviolable dignity of the human person.”

Moderate and conservative Protestants, especially in England and Germany, moved on parallel tracks. Moyn’s penetrating discussion of the work of Gerhard Ritter, an influential German historian and like Maritain a bitter critic of “liberalism” and modern democracies into the 1920s, demonstrates how Protestants such as Ritter and Catholics such as Maritain buried axes once sharpened on confessional conflict. They united around a shared Christian platform of democracy and the social welfare state, and their vision underwrote the astonishing success of Christian Democratic parties in the 1940s and 1950s, what Moyn terms the last “golden age” of Christian influence on European society. After the war, as always, Maritain remained the central figure, helping draft the 1948 Universal Declaration of Human Rights and inspiring a generation of Christian politicians and intellectuals not only in Europe but in Latin America.

Moyn’s absorption in the essays and books of the era, many of them rare and in languages other than English, pays remarkable dividends. When paired with John Connelly’s From Enemy to Brother (2012), a history of Catholic anti-Semitism and what Connelly accurately terms the twentieth-century “revolution” in church teaching on the Jews, Christian Human Rights marks an unprecedented integration of modern Catholic history with the history of modern Europe. The desirability of such an integration might seem obvious, but it eluded historians as accomplished as the late Tony Judt. Moyn and Connelly restore contingency, an eye for shifting ideas (even doctrines) in the tumultuous decades prior to the Second Vatican Council.

FOR ALL ITS BRILLIANCE, the architecture of Christian Human Rights is disjointed. Moyn’s preferred genre is the article—almost every chapter appeared over the past several years in journal form—and the book suffers from repetition. More seriously, Moyn never quite explains how things might have turned out differently. Or better. Instead we get a string of authorial sighs. The triumph of Maritain and his fellow travelers is a “potentially troubling starting point” for contemporary human-rights activists. Their victory was a “retrograde concession.” The “potentially uncomfortable” origin story of human rights should trouble today’s activists. The persistence of Christian human rights into the postwar era is “lamentable.”

Why such gloom? Moyn concedes that the modern human-rights movement is now untethered from its Christian origins. Christianity has never had so little influence in Europe; human-rights activists never so much. Dozens of non-governmental organizations now fan out across the globe to promote freedom from arbitrary imprisonment, freedom of speech, and kindred goals. The students one meets eager to work “in human rights” occasionally do so from Christian premises, but more often than not they are inspired by secular ideals.

So why worry? Moyn doesn’t exactly say. My guess is that he thinks the Christian origins of the contemporary human-rights movement complicate his own hopes for what he terms the “promise of secular emancipation.” (The final pages of the book are an exhortation to human-rights activists, almost an evangelical plea.) One senses Moyn agreeing with the claim made by philosopher Charles Taylor, that, absent some transcendental horizon, human-rights fervor will be difficult to sustain.

More practically, Moyn might note, documents such as the Irish Constitution of 1937 deplored the fate of women “obliged by economic necessity to engage in labor to the neglect of their duties in the home.” Such statements were undoubtedly Catholic and also undoubtedly patriarchal. Moyn might regret that the 1948 United Nations Universal Declaration of Human Rights defined the family as the “the natural and fundamental group unit of society.” He might observe that many human-rights activists now see same-sex marriage as a fundamental human right, and naturally view the Catholic Church with suspicion.

It is a useful observation. The Catholic constitutions of the 1930s, for all their obvious flaws, were clear-eyed in their goal to establish some checks on the market economy for the benefit of the common good. The term “solidarity,” not “rights,” represented in mid-twentieth-century Catholic thought the social structures—including churches, families, trade unions, and political parties—thought to protect individuals, even rights-bearing individuals, from the harshest outcomes of the marketplace. That one enthusiast for personalism in postwar Poland was a young priest, Karol Wojtyła, is surely significant. So too is the name, Solidarity, of the Polish trade union that eventually played a central role in the collapse of Communism.

Today’s challenges, first among them channeling the liberating and destructive power of global capitalism, are not those of the 1940s. But surely Christian and secular human-rights activists should not automatically see themselves representing incompatible worldviews. Given Moyn’s mordant assessment of Christian human rights, it is amusing to read promotional material from the University of Pennsylvania press touting the book “in concurrence with [the] papal visit to Philadelphia.”

It’s hard to begrudge any serious publisher from selling a serious book. And really, why shouldn’t Moyn’s readers listen to Pope Francis? The pope is now the planet’s most prominent voice urging reconsideration of global economic structures, and what such a reconsideration might mean for the poor, refugees, and the environment. Among the achievements of Samuel Moyn’s histories of the human-rights movement, then, is to clarify where mutual visions of rights and solidarity might now lie.