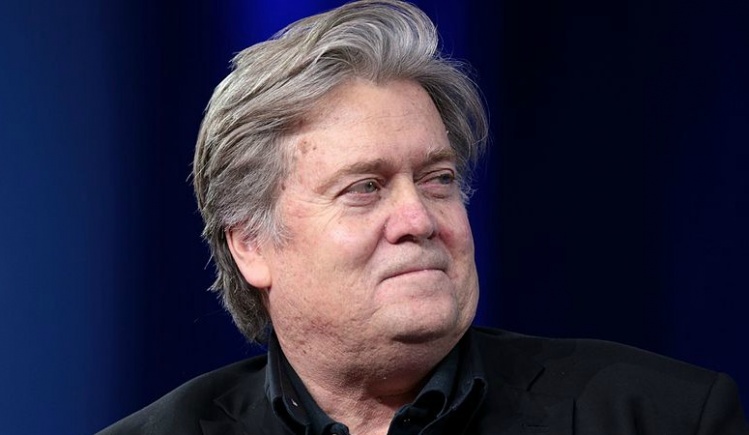 I've written previously about how the Catholic historical experience with nativism can serve as a reminder that the church should be out front in confronting the racism and anti-Muslim bigotry that fuels contemporary strains of white nationalism. That experience is unusually relevant these days. Donald Trump won the White House in part by selling a restorationist vision for reclaiming America often rooted in racial appeals, and a nostalgic narrative that harkened back to a time when white hegemony, culturally, and politically, were assumed to be as American as eating apple pie and ice cream.

Several scholars, advocates, and researchers tackled this subject last week at an event, "How Catholics Should Respond to the Rise of the Alt-Right," co-hosted by the Institute for Policy Research & Catholic Studies at The Catholic University of America and Millennial, a journal and blog edited by young Catholics. Robert Christian, a fellow at the institute who edits Millennial, told me he hoped the forum would help draw attention to "the need for Catholics to express greater moral clarity on the nature of the alt-right and its fundamental incompatibility with Catholic moral and social teaching."

Maria Mazzenga, who manages the archives at Catholic University's American Catholic History Research Center, introduced the discussion with a helpful framework that contrasts two postures among American Catholics that have often been in tension. "Exclusionary Catholic Americanism is defensive, adopts a siege mentality, emphasizes persecution of enemies, views other religious traditions as threatening to its very existence," she said. "Inclusive Catholic Americanism seeks to reconcile American ideals of religious liberty and ethnic pluralism with the Catholic tradition. It sees continuities with its parent, Judaism, and commonalities rather than differences with other religions like Islam. It's time to put our inclusive Catholic Americanism to work."

Catholic University professor of history, Julia Young, noted that between the 1880s and the 1920s immigration policies became increasingly restrictive in the United States. (Read her recent Commonweal article on the topic here.) As a church of immigrants, Catholic leaders responded by creating an immigration bureau in 1919—an office of the National Catholic Welfare Conference, a precursor to today's U.S. Conference of Catholic Bishops. "There was a movement by the Catholic Church, the bishops, to advocate for and speak out for immigrants being targeted," Young said. "The role of the Catholic Church was so important, and I hope that's the direction the church will take today." She acknowledged that bishops have opposed Trump's executive orders on refugees and immigration, but Young reminded the audience that plenty of Catholics—many of whom helped elect Trump—accept the new nativism directed at Muslim-Americans and people of color.

Panelist Jordan Denari Duffner, a researcher at The Bridge Initiative at Georgetown University, has found disturbing evidence that Catholics are exposed to a range of anti-Muslim views that are central to the alt-right ideology in various Catholic media outlets, blogs, and bookstores. The Bridge Initiative's detailed report, "Danger & Dialogue: American Catholic Public Opinion and Portrayals of Islam,” even found that Catholics who read, watch, or listen to Catholic media have more unfavorable views of Muslims than those who do not. Duffner specifically named Robert Spencer (not to be confused with alt-right leader Richard Spencer), who runs a website called Jihad Watch that was designated an anti-Muslim hate group by the Southern Poverty Law Center. Spencer is Catholic. He has been cited, according to Duffner, in a number of Catholic news outlets. His books are sold at the Catholic Information Center and the bookstore of the Basilica of the National Shrine of the Immaculate Conception in Washington, D.C. His speeches have aired on EWTN, the global Catholic media network.

Duffner also underscored how Breitbart News, formerly led by Donald Trump's advisor Steve Bannon, provides a potent platform for the alt-right's demonization of Muslims by perpetuating the idea that Islam is inherently violent and a political ideology rather than a diverse and complex global religion of a billion people. Christopher Hale, executive director of Catholics in Alliance for the Common Good, argued that along with denouncing the extremism and bigotry central to white nationalism and the alt-right there should also be an effort to engage with people drawn to this movement. "We need to understand better as Catholics how did Steve Bannon and the alt-right come to be?" he said.

But keynote speaker Michael Sean Winters, a fellow at Catholic University's Institute for Policy Research & Catholic Studies, highlighted the challenges of that approach. "The main difficulty in engaging the alt-right as if it were just another political movement is found precisely in its anti-democratic stance," said Winters, also a columnist for the National Catholic Reporter. "Normally, when we as Catholics engage those with whom we disagree, both sides accept democratic norms to shape that engagement. The alt-right derides democracy and openly states its desire to undermine democracy." Winters added:

Engage, but do so warily, and only when repeatedly noting the fact that the positions the alt-right espouses are not just wrong, but contemptuous of the means by which a liberal democracy sorts out the complexities of public policy, means that we value and celebrate, and which we accord to these provocateurs even if they wish not to accord them to anyone else.

Winters pointed to the church's intellectual and moral traditions as resources to contest the resurgence of white nationalism. "It is often joked that Catholic social doctrine is the ‘best kept secret’ in the Catholic church," he said. "Let it be secret no more. The most sophisticated response to both these alt-right haters, and to the ever-present difficulties of democracy, is found in that doctrine. I often say and shall say again: There is no problem facing the political life of this country that is not leavened by an encounter with Catholic social doctrine."

There is no panacea to eradicate the diseases of white nationalism and Islamophobia. The church's manifold capacities—theological, pastoral and prophetic—will be required at different places and times. Catholics don't all need to speak with the same voice or use the same tone. But the message should be unambiguous and urgent. The alt-right movement is built on an edifice of racism, social sin, and exclusion that must never be tolerated.