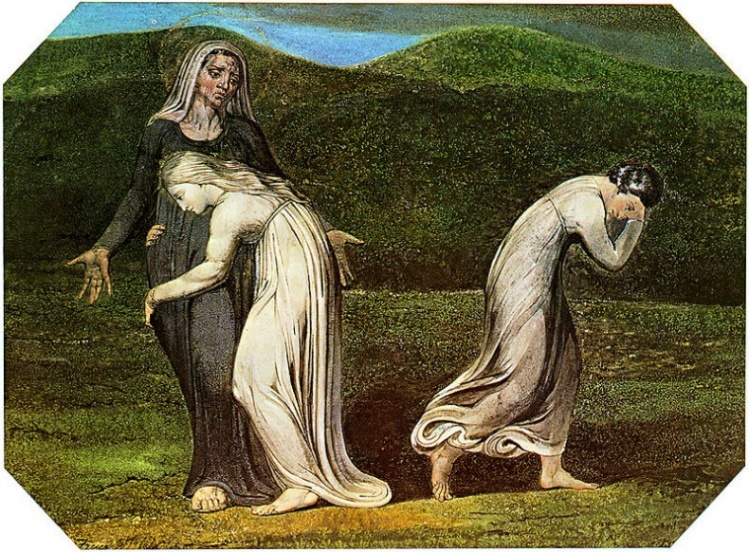 Letters suspend time. This suspension can turn chronological time into kairotic time. In a sense, this turn is exactly what liturgy is meant to do. The time of prayer opens us up to the eternity that breaks through time. Chronos yields to kairos. And if we let it, that kairos transforms us to the Crucified One.

Today is Ash Wednesday. Lenten practices – prayer and fasting and almsgiving; ashes and palms; fish fries and egg sandwiches and CRS ricebowls; giving up coffee or alcohol or candy – all aim at this transformation.

It’s also a time when people take up spiritual reading. And if that’s the case for you, may I offer a suggestion? Please read Love & Salt: a Spiritual Friendship Shared in Letters. The book is a collection of letters between Amy Andrews and Jessica Mesman Griffith. The book contains letters that Amy and Jess wrote to each other during Lent in 2005 when Amy was going through RCIA and Jess was going to be her sponsor. They had met at the MFA program at the University of Pittsburgh, but after they received their degrees Amy moved to Chicago and Jess to South Bend, Indiana. As a spiritual practice, they each decided to write to the other each day during Lent. The good news for us is that the letters continued for two years after that.

This book is a wonderful example of theology in everyday life. In these letters, Amy and Jess talk about becoming and staying Catholic. They see themselves in light of Ruth and Naomi. They discuss Ratzinger’s eschatology and Theresa of Avila. They talk about their work and their husbands and their pregnancies. They let us peek into a friendship marked by God’s love and our need for community and friendship. They share with us triumphs that embolden our spirits and tragedies that break our hearts. Their letters suspend time for us and help us to see that for the Christian every moment is a moment of kairos, every moment is charged with God’s grandeur.

Last year, I taught a class called “Contemporary Spiritual Memoirs,” and the class discussed Love & Salt. As I was researching the book before the quarter began, I realized that Amy Andrews was Amy Alznauer, who was a woman we had recently met in our parish in Chicago, and who is now a dear friend. It was only after reading the book in preparation for the class that I realized that Jessica Mesman Griffith lived across the street from me when we both lived in South Bend in 2005, at just the time she and Amy were exchanging letters. (We must have been at some parties together, but we never met.)

Because I knew Amy and Jess, I invited them to come to my class to speak. The students, most of whom were women, were transfixed. Here were two intelligent women who were really cool, who were moms, who were writers, who seemed to have everything together, and who – and this was the shocking part for the students – saw their Catholicism as the basis for who they were. I’ve noted before on this space the importance I place on witnessing in coming to understand Christianity. For my students, Amy and Jess were the most interesting witnesses to Christianity they had ever met. Students who had cautiously discussed their Christianity before Amy and Jess came spoke more confidently after their visit. And students who had thought Christianity was kinda silly, took it much more seriously because of our visitors.

I often think that our biggest challenges are problems of will, not intellect. We don’t need more knowledge so much as we need more courage. It takes courage to see that every moment is a moment of kairos. It’s an act of the will for Christians to live out what we know: that God created the world in love and we need to love to respond to that love. If you read Love & Salt – and I can’t recommend it enough – you’ll confront two women whose wisdom and love comes across on every page. You’ll identify with their questions and their fears. You’ll exult with them in their triumphs, and you’ll cry – you really will – with them in their tragedies. Perhaps you’ll even be a bit envious that two people could share such a deep and intimate friendship.

But after reading, rereading, talking about, and teaching this book, I’m more and more convinced that Amy and Jess exhibit a courage that all of us should look to as a model. Sure, I wish I were as smart as they are or that I wrote as well or that I shared such a deep friendship with someone, but what I really wish is that I were as brave as they are. Brave enough to be weak, brave enough to be strong, and brave enough to share that weakness and that strength with everyone. Thanks to their book and my friendship with them, I can say I’m working on it.