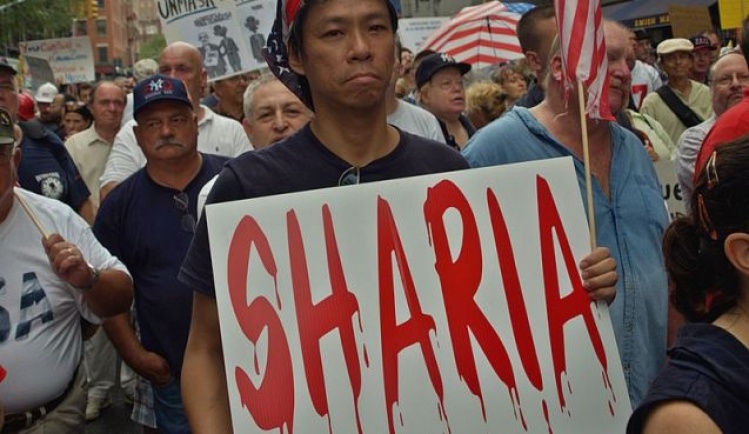 We Catholics, it seems, have short historical memories.

At a time when five of the eight sitting Supreme Court justices, the vice president, and the speaker of the House are all Catholic, it’s easy to forget that Catholics were once considered part of a suspicious, alien tribe whose faith was deemed incompatible with democracy. As late as 1960, the nation’s first Catholic president almost failed to win the White House because of virulent nativism prevalent among influential Protestant pastors and prominent public officials who saw John F. Kennedy’s candidacy as a unique threat. A new report from The Bridge Initiative at Georgetown University finds that Catholics are clearly not connecting that ugly past history to the demonization many Muslims experience as a religious minority today.

“Danger & Dialogue: American Catholic Public Opinion and Portrayals of Islam” is a detailed, timely study that should be required reading for every Catholic. The results are sobering. Only 14 percent of Catholics have a favorable impression of Muslims. Catholics are less likely than most Americans to know a Muslim personally. In one particularly discouraging finding, Catholics who read, watch, or listen to Catholic media have more unfavorable views of Muslims than those who do not. The study’s analysis of nearly eight hundred articles found that half of the time the word “Islamic” was used in nine prominent Catholic media outlets, the reference was to the Islamic State terrorist group. Headlines of Catholic articles about Islam, taken as a whole, expressed a negative sentiment overall. This kind of one-dimensional coverage, of course, presents a distorted lens through which to view Muslims, and fails to provide the proper context to understand the rich theological and cultural complexity of the world’s fastest growing religion. In the most extreme cases, the well-funded Islamophobia industry—made up of pseudo-“scholars” and writers who produce a deluge of hate—is sometimes distributed through the darker corners of the Catholic blogosphere.

Hate crimes against American Muslims have reached levels not seen since the September 11 attacks, including an increase of 78 percent in 2015 alone. Before scuttling the idea in the face of a backlash, Donald Trump called for a temporary ban on Muslims entering the United States. Several GOP governors who identify strongly as Christians did everything in their power to stop Syrian refugees (most of them Muslims) from finding safety in their states. Mosques have been vandalized across the country, and in some communities local officials have fought the opening of new Islamic centers. Despite this stark backdrop, the Georgetown report found that more Catholics agree that “the religious liberty of Catholics is endangered” (34 percent) than “the religious liberty of Muslims is endangered” (26 percent). This reflects a disturbing level of Catholic insularity, and is perhaps inevitable when church leaders too often frame complex religious-liberty disputes in a pluralistic public square as targeted assaults on Christians.

It’s particularly dangerous when Catholics in positions of influence sound more like Fox News pundits than pastors. Cardinal Raymond Burke, the onetime archbishop of St. Louis who has become one of the most vocal critics of the Francis papacy, recently claimed the “Islamic agenda” is unchanged from “prior times in which our ancestors in the faith had to fight to save Christianity.” As Commonweal contributor Paul Moses, author of the The Saint and the Sultan: The Crusades, Islam, and Francis of Assisi’s Mission of Peace, wrote at dotCommonweal recently, “Burke is playing into the hands of the most radical and vile elements claiming to fight under an Islamic banner—those who contend the West is pursuing a new Crusade, supposed justification for holy war and a host of atrocities.”

Fortunately, there are bishops who recognize not only the opportunity but the obligation to address what San Diego Bishop Robert McElroy calls “the scourge of anti-Islamic prejudice.” In a February speech at the University of San Diego, McElroy spoke directly to that reality. “We are witnessing in the United States a new nativism, which the American Catholic community must reject and label for the religious bigotry which it is,” he said at the first national Catholic-Muslim dialogue. After two decades of regional dialogues with representatives of the U.S. Muslim community, the Committee on Ecumenical and Inter-religious Affairs of the U.S. Conference of Catholic Bishops launched a national effort last spring. Archbishop Blase Cupich of Chicago is the first Catholic co-chair. The convenings take inspiration from Nostra aetate, the landmark interfaith document of the Second Vatican Council.

There also is a clear void at the local level that needs to be filled. The Bridge Initiative report found that only 2 percent of Catholics surveyed said their parish has hosted an event related to Islam and Muslims in the past five years. Rev. Drew Christiansen of Georgetown University, a former director of the bishops’ Office of International Justice and Peace, argued recently in the National Catholic Reporter that this reflected choices and priorities. “One reason for the low level of dialogue is that in the last decade many dioceses have reduced or eliminated their offices for ecumenical and interfaith affairs,” he wrote with Ra'fat Al-Dajani, a Palestinian-American businessman and political commentator. “If Catholic attitudes are to improve, those offices need to be re-established and strengthened. In addition, many more priests, deacons, and lay leaders need to be prepared to participate in interfaith undertakings.”

We live in an age of anxiety and fear. Violent extremism is a global reality that can’t be ignored. Muslims have been steadfast in denouncing the perversion done to Islam by those who defile a great faith with acts of terrorism. As Khizr Khan reminded us in his powerful speech at the Democratic National Convention, Muslim Americans are patriots, neighbors, teachers, and community leaders. It’s time for Catholics to summon our historical memory, and insist that the new nativism directed at Muslims diminishes all of us.