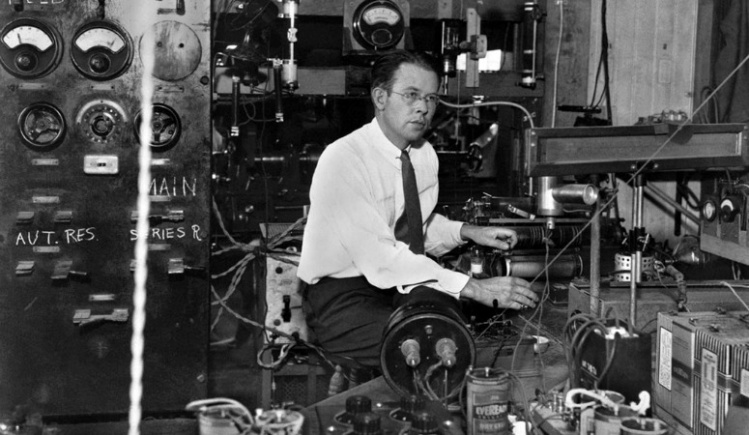 Crack science writers have long chronicled the myriad ways in which the quest for nuclear weapons transformed experimental physics. Richard Rhodes’s much lauded The Making of the Atomic Bomb (1986) and its sequel Dark Sun: The Making of the Hydrogen Bomb (1995), along with more recent books like Jim Baggott’s The First War of Physics: The Secret History of the Atom Bomb 1939–1949 (2010), all trace the story of how demure academic endeavors like Ernest Rutherford’s hand-built Cavendish Laboratory became a national-level industrial effort. And certainly physicist Ernest O. Lawrence’s seminal role in that evolution is well documented.

Yet previous books have treated Lawrence’s exploits only interstitially. Michael Hiltzik, a Pulitzer-winning Los Angeles Times journalist, now offers a remarkably lucid and witty book that centers on Lawrence’s career as the prototype and exemplar of the partnership among the military, academia, and private industry that developed before, during, and after World War II—that is, “Big Science.”

Denied promotion to associate professor at Yale, Lawrence left New Haven for the University of California at Berkeley in 1928. He invented the cyclotron—which uses a magnet to facilitate exploration of the atomic nucleus—in 1929. It was the catalytic experimental device of the nuclear age, and earned Lawrence the Nobel Prize for physics in 1939. Over the course of thirty years he refined the cyclotron and expanded the Radiation Lab—better known as the Rad Lab—that he established at Berkeley, turning the university into the physics powerhouse that it remains today and, with Caltech and Stanford colleagues, solidifying the West Coast’s eminence in the American scientific community.

Lawrence was part of a continuum of historically extraordinary talent in physics. The most famous physicists of the era were theoreticians—Einstein, Bohr, Heisenberg, Fermi, later Oppenheimer and Teller—but enterprising experimentalists like Lawrence were needed to verify their equations. Possibly the most surprising aspect of his professional record was his propensity for error. Lawrence committed his first big one, nicely detailed by Hiltzik, in a series of prestigious public forums in 1933. He claimed that the Rad Lab had achieved a scientific breakthrough by liberating light neutrons from exploding deuterium nuclei (then known as deutons, now as deuterons). Older European “small scientists” and rival Americans proved that in fact contamination accounted for the purportedly groundbreaking results, requiring an embarrassing public climb-down. The blunder took “the new breed of strapping young experimentalists led by Ernest Lawrence” as well as the cyclotron down a peg.

Lawrence and the Rad Lab recovered thanks to his tactical candor and determination to move forward. Over the years, his mistakes and occasional impulsiveness were invariably offset by his unshakable confidence and vision, backed by his ability to perform magnificently at crucial times. When Lawrence’s Big Science produced the bomb core for Little Boy, and later the Polaris ballistic missile for the Navy, nobody remembered “the deuton affair.”

While Lawrence was an outstanding and original scientist early in his career, Hiltzik shows that it was his tireless will to enable others of comparable abilities that spawned Big Science and extended its moment. Certainly he needed his comprehensive knowledge of physics. But his unstinting South Dakota work ethic, merciless importuning of protégés (many of them, like Luis Alvarez and Glenn Seaborg, eventual Nobel laureates), bold promises to sponsors and funders, radiant confidence, and bureaucratic savvy were even more essential tools.

In many ways Lawrence also was a narrow technocrat who subordinated friendship—notably, with J. Robert Oppenheimer and the distinguished Rad Lab chemist Martin Kamen—and higher principle to professional expediency. Amplifying Lawrence’s apolitical instincts throughout the book, Hiltzik is careful to record that the passionate and sophisticated ethical debate among scientists about using the atom bomb surfaced only after the Germans—the real raison d’être of the weapon—were defeated, months earlier than Oppenheimer’s legendary “I am become death” lament following the first A-bomb test in New Mexico. The author also stresses that Lawrence dropped his initial advocacy of a victimless demonstration to the Japanese and opted out of the ethical debate, acquiescing to the seductive but simplistic argument that compared the casualties from a ground invasion of Japan with those from atomic strikes.

Later Lawrence would oppose a nuclear test ban, purportedly on the grounds that more tests could produce less destructive H-bombs and “make nuclear weapons more moral.” He was far from alone in subscribing to this perverse Strangelovean strain of Cold War logic, but it’s hard not to infer that a key motivation was full employment for the Rad Lab, which specialized in bomb design—not the moral elevation of nuclear war. David Lilienthal, the resolutely dovish first chairman of the Atomic Energy Commission, contemptuously labeled Lawrence, among others, a “salesman type” of scientist “on the make”—as Hiltzik puts it, he was out “for government largesse and personal glory.” The Rad Lab was formally named the Lawrence Radiation Laboratory shortly after his death in 1958, and later the Lawrence Livermore National Laboratory. During the nuclear alarm in the early 1980s, Lawrence’s wife Molly expressed “shame and remorse” over his association with the laboratory, and campaigned in vain to have his name removed from it.

President Eisenhower was right to warn of the potentially outsized power of the military-industrial complex in his famous farewell address. The coziness between the Pentagon and private industry led to strategic distortions, economic inefficiencies, and arguably greater risk of annihilation throughout the Cold War. But it wasn’t all bad. This collaboration remained an essential element of a strategy of deterrence that really did work, and yielded human triumphs like the space program and the moon landing. Thus, when Hiltzik asks whether Big Science is in its twilight, there is a hint of patriotic lament.

Hiltzik notes, for instance, that the mammoth Large Hadron Collider (LHC) in Geneva, a direct descendant of Lawrence’s cyclotron, is not an American-led project. Congress killed the United States’ even more powerful Superconducting Super Collider (SSC) in 1993; Hiltzik claims “the SSC camp lacked Lawrence’s ability to hold a lay audience in thrall, and to hold the scientific community together.” This is a real loss: the LHC has done great things in physics. In 2012 and 2013, it confirmed the existence of the elusive Higgs boson or “God particle”—the crucial component of the so-called Standard Model of subatomic physics. As chronicled in the 2014 documentary film Particle Fever, the LHC’s success elicited a tear from Dr. Peter Higgs himself, a frail octogenarian who did not expect to live to see the experimental confirmation of his theoretical particle.

A new Big Science project on the order of the LHC, says Hiltzik, would require “a consortium of nations.” The “peace dividend” occasioned by the end of the Cold War effectively shrank the military-industrial complex at least until 9/11. According to Hiltzik, government-funded basic research took the biggest hit, and the economic collapse in the late naughts will comparably constrain U.S. military budgets for years. Yet sentimentality about Big Science may be misplaced. As Hiltzik’s account makes clear, Big Science gained such enormous mid-century traction on account of two rare fortuities: a historic world war and the singularly audacious personality of Ernest Lawrence. Their equivalents may be required for Big Science to rise again. Global climate change—hardly a welcome phenomenon—may provide the technological and political challenge. This fine book ultimately poses two additional questions: Where are today’s Lawrences, and do we really want them?