'You Think It Strange' 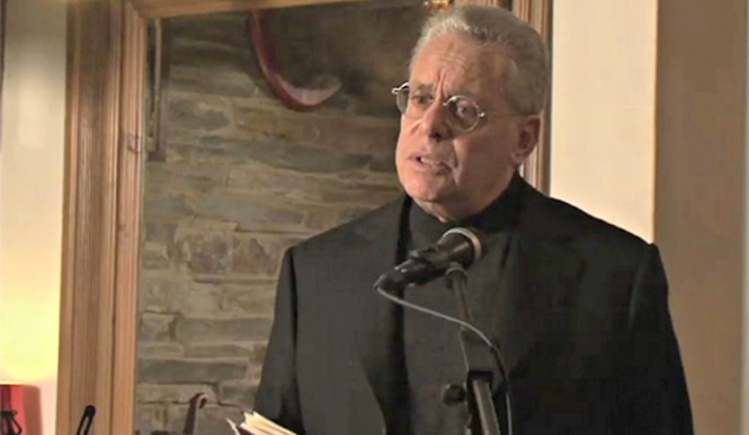 If the journey of acclaimed poet Dan Burt from the mean streets of South Philadelphia to the halls of Cambridge University and Yale Law School were simply an inspirational saga of grit and determination, it would be just another offering in the Ragged Dick genre. What makes this slim volume such a fascinating read is not so much the tale as the telling, at once poetical and fiercely unsentimental; a telling that is animated by a deep-seated anger crackling just beneath the narrative; a telling that is signaled in the book’s title, a misremembered line from W. B. Yeats’s “Spur”:

You think it horrible that lust and rage
Should dance attention upon my old age;
They were not such a plague when I was young
What else have I to spur me into song?

Burt’s father, the son of Russian Jews who fled the WWI-era pogroms, came of age during the Great Depression. An amateur boxer, he had a volcanic temper and was quick to use his fists on anyone who crossed him, including young Dan. Burt’s mother was the scion of the Jewish crime family that ran the rackets from a bar in the heart of Philadelphia’s Tenderloin. A “tough woman,” she represents a “void” in his early childhood experiences, and to this day he maintains that he had no love for her.

At age twelve, Burt began working in his father’s butcher shop. Four years later, he was spending thirty hours a week in the shop during the school year and twice that in the summers. The shop was located in the Pennsauken (New Jersey) Merchandise Mart, “a one-story, flat-roofed yellow cinderblock coffin, floating in an open sea of asphalt where a thousand cars could park.” Vendors of every description sold their wares from stalls crowding the narrow aisles. Just walking through the building, as my wife and I did as young newlyweds, was an assault on the senses. It’s difficult to imagine working there all those hours, weeks, and years in less-than-sanitary conditions—and routinely cheating your working-class customers at your father’s behest.

The sea off Barnegat Light and Long Beach Island in New Jersey provided a refuge from the crushing tedium. For Burt, “Barnegat Light, the Inlet and the sea were Philadelphia…and Pennsauken’s contrapositives.” The charter boat captains he came to know were his “father’s antitype. I wanted their world to be mine, and to be one of them.” He got his wish, in a way, when his father started a charter fishing business of his own and took his son on as first mate. The experience was transformative for both men. The author’s account of these times is the most richly detailed and lyrical part of the book.

Burt attended an inner-city elementary school and, despite numerous suspensions and an undistinguished academic record, managed to pass Central High’s entrance exam. Central was an all-boys magnet school that attracted students from the tonier sections of the city. He was suspended his first day for fighting with a student who had mocked him for his apparent lack of sophistication; it would not be his last scuffle or suspension. He struggled academically for the first two years, but fared better after that thanks to the interest of an English teacher “who opened the borders of [his] mind.”

That teacher also encouraged Burt’s college aspirations. After scoring well on the SATs, he chose La Salle, which was local and relatively inexpensive. It was also Catholic, and his knowledge of Catholics came mostly “from gangs and neighborhood fights.”

Burt’s knowledge of culture, which he naively associated with college life, was similarly limited. To him, culture meant classical music. So, the summer before he entered La Salle, he changed his radio-listening habits from WIBG, Philadelphia’s home of rock and roll, to WFLN, the all-classical station. He seldom paid strict attention to the “usual unintelligible but cultured noise” that WFLN aired. That was to change one particularly steamy afternoon while he was driving his father’s truck to pick up meat from the Callowhill packing houses. For some reason, the opening phrase of Beethoven’s Piano Sonata No. 14 (the “Moonlight Sonata”) made an overwhelming impression on him. He knew nothing of the piece, but as it played “the Mart receded from one piano keystroke to the next, swept away on a purifying tide of notes.”

If Beethoven inspired Burt’s love of culture, it was a college English teacher, Bob Smith, who inspired him to write and who filled in his “literary and cultural gaps.” As Burt approached his senior year at La Salle, Smith, along with others on the English faculty, encouraged him to apply to graduate school. He demurred. He wanted to be a lawyer, mostly because he was “afraid…of the Depression-era poverty that [his] father and the butcher shop drip-fed into [his] blood.” And, by this time, he was married to his seventeen year-old girlfriend who had lost the baby she was carrying shortly after their hastily arranged nuptials.

Yet Burt was intrigued when an Englishman on a year’s teaching-exchange program at La Salle asked him if he had ever thought of applying to Cambridge or Oxford. The teacher suggested that Burt send a writing sample along with an application to “Senior Tutor, Balliol College, Oxford, and Trinity and St John’s Colleges, Cambridge.” Burt dutifully sent off the materials.

Shortly after that Burt and Smith drove to Chicago for a meeting of the Modern Language Association. Somewhere on the Ohio Turnpike, Burt dozed off behind the wheel, and his car careened off the snowy road and into a ditch. The accident left him paralyzed from the neck down and his passenger with permanent brain damage. A painful nonsurgical procedure and months of rehab restored Burt’s mobility.

When Burt finally returned to his wife and their rented apartment in a seedy section of Philadelphia’s Germantown neighborhood, he learned that he had been accepted for graduate work at the University of Cambridge. He had, it seemed, finally achieved escape velocity.

And there the story ends, save for a brief afterword in which Burt, now a British citizen living in London, explains how he developed his memoir from a series of poems and short prose pieces that he had published over the years. Those writings were his attempt to come to terms with the “people, places, and incidents” that “frame the house of childhood,” a house that “we dwell in...forever.”

One would expect to come away from such a reckoning inspired and uplifted. This reviewer came away numb and exhausted—and richer for the experience. I sensed no joy on the author’s part. His recollections are keenly observed, but to my ear, his poetic voice is subdued by his life-long efforts to suppress a temper that was forged during a childhood filled with “suspicion, aggression, violence in home, at school, [and] in the streets.” There is no release or relief in his story, just a stark and pervading sense of emotional sclerosis.

And that is what gives the book its distinctive voice and its power to draw the reader into the author’s universe—a universe well worth exploring.