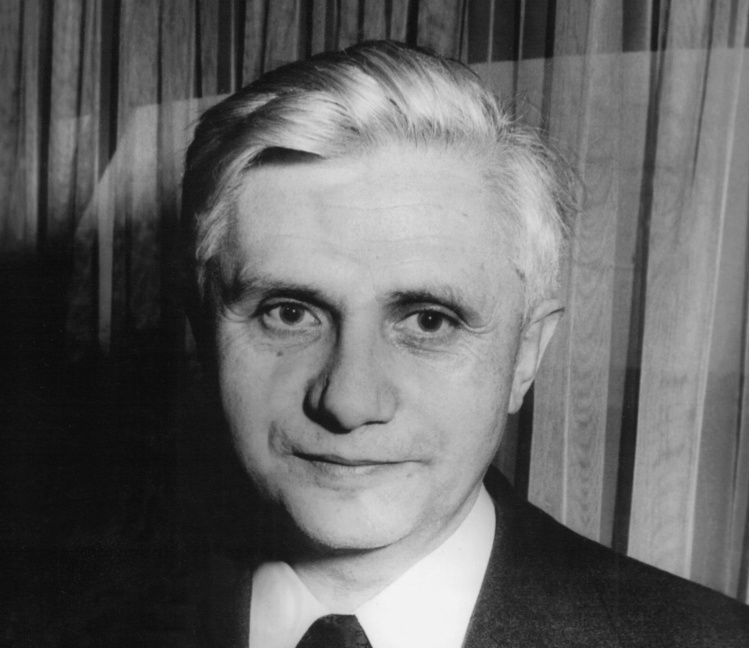 In the February issue of Commonweal, Massimo Faggioli criticized Pope Emeritus Benedict XVI for his collaboration with Cardinal Robert Sarah on a book titled From the Depths of Our Hearts, which argues that there is an intimate link between the priesthood and celibacy. The scriptural, theological, and pastoral positions espoused by each man can, of course, be challenged and debated. Faggioli himself laments the absence of reference to the documents of Vatican II. One could, by way of counterargument, contend that Benedict, at least, is attempting to develop and deepen the claims of Vatican II’s “Decree on the Ministry and Life of Priests” (Presbyterorum ordinis, no. 16) which states that “celibacy is in very many ways appropriate to the priesthood” (“multimodam convenientiam”), because it makes priests “more equipped” (aptiores) to exercise “fatherhood in Christ” (paternitatem in Christo).

But Faggioli’s indictment of Benedict is much broader than a disagreement about the reasons for clerical celibacy. For Faggioli, Benedict’s intervention on this topic is but the latest example of his abandonment of both the letter and spirit of the Second Vatican Council. In Faggioli’s reading, Ratzinger’s theological and pastoral career has been nothing less than a decades-long “repudiation of Vatican II.” To be sure, Faggioli makes this accusation with a certain sadness, acknowledging that “Ratzinger was one of the most important theologians of Vatican II.” But, for Faggioli, that only makes Benedict’s subsequent betrayal of the progressive camp all the more tragic.

Faggioli’s article is rather imprecise as to when the pope emeritus is supposed to have turned his back on the council. Faggioli vaguely identifies “a pattern of theological drift” that may even stretch back to “August 1965”—before the last session of the council! Without saying so explicitly, he implies that Ratzinger’s defection may have been occasioned by the conciliar debate over the “Pastoral Constitution on the Church in the Modern World” (Gaudium et spes). He does not mention that Karl Rahner and Hans Küng, among other theologians, joined Ratzinger in expressing misgivings about some elements of the draft text of that document.

Faggioli also mentions the student riots of 1968 as an influence on Ratzinger’s “distancing himself from the Council,” noting that, in the wake of those riots, Ratzinger moved from Tübingen to the “quieter” precincts of Regensburg in Bavaria. But the connection between Ratzinger’s commitment to the council and his academic location is left obscure; readers are asked to infer that no one who left Tübingen for Regensburg could have much good to say about Vatican II.

In a quite remarkable manoeuver Faggioli seeks to distance Benedict not only from the council, but even from his predecessor John Paul II. Little attention is paid to the intimate collaboration between the two men, which lasted for almost twenty-five years. One of the most important fruits of that collaboration was the Catechism of the Catholic Church, whose purpose was to set forth the church’s two-millennium tradition, including the teachings of the Second Vatican Council.

Only when Faggioli arrives at Benedict’s own pontificate does he become somewhat more specific, appealing, for example, to Benedict’s well-known address to the Curia in December 2005 and to his farewell address to the clergy of Rome in February 2013. Purportedly, both addresses demonstrate “his disappointments with the Council.” I cannot stress sufficiently that neither address supports this claim.

In his last meeting with the clergy of Rome, Benedict reminisced about his own participation in the Council and offered a whole-hearted endorsement of its aims and accomplishments.
sharetweet

In the address to the Curia, Benedict’s focus was not on the council per se, but rather upon its reception. Here, in his discussion of how the council has been interpreted, he introduced the contrast between a “hermeneutics of reform in continuity” and one of “discontinuity.” Again, one may legitimately question the adequacy of such an analysis; but it is evident that, in Benedict’s view, where the former interpretation has governed the council’s reception it has resulted in “new life and new fruit” for the church. Significantly, he does not express the slightest regret about the council itself. Indeed, in this address his last word on the Council is one of appreciation: “today we can look with gratitude at the Second Vatican Council: if we interpret and implement it guided by a right hermeneutic, it can be and can become increasingly powerful for the ever necessary renewal of the Church.”

In his last meeting with the clergy of Rome, Benedict reminisced about his own participation in the Council and offered a whole-hearted endorsement of its aims and accomplishments. Rather than expressing “disappointment” with the council, Benedict praised it for its focus on the Paschal Mystery of Christ, the vernacular in the liturgy, enhanced use of Scripture, active participation of all in liturgical worship, episcopal collegiality, and the church as people of God. He twice characterized Gaudium et spes as a “great document” and linked it approvingly to two other key documents of the council: those on religious liberty and world religions. Only at the end of his address did Benedict briefly criticize erroneous readings of the council. The rest of his lengthy reflection warmly celebrates both the Council’s inspiration and its achievement.

Faggioli does not mention the homily preached by Benedict XVI in St. Peter’s Square on October 11, 2012, to mark the opening of “The Year of Faith.” Perhaps even more significantly, that homily commemorated the fiftieth anniversary of the opening of the Second Vatican Council. In Benedict’s eyes the liturgy offered an invitation “to enter more deeply into the spiritual movement which characterized Vatican II, to make it ours and to develop it according to its true meaning. And its true meaning was and remains faith in Christ, the apostolic faith, animated by the inner desire to communicate Christ to individuals and all people, in the church’s pilgrimage along the pathways of history.”

In his homily Benedict reiterated the conviction shared by his predecessors, Paul VI and John Paul II, that the council had set in motion a new evangelization, a “yearning to announce Christ again to contemporary man.” But Benedict also asserted that commitment to this mission “needs to be built on a concrete and precise basis, and this basis is the documents of the Second Vatican Council, the place where it found expression. This is why I have often insisted on the need to return, as it were, to the ‘letter’ of the Council—that is to its texts—also to draw from them its authentic spirit, and why I have repeated that the true legacy of Vatican II is to be found in them.” Faggioli’s real disagreement with Benedict, then, may lie not so much in the latter’s supposed “repudiation” of the Council as in his rejection of Faggioli’s own preferred “trajectory” for the postconciliar church. To identify that trajectory with the council itself is to confuse the issue.

Let me close, then, by returning to the question of Benedict’s alleged “disappointment” with the council. I think the real issue is his concern that the true substance and significance of the council has been misunderstood and therefore diminished in various quarters of the church. Not by the students of 1968, but, in particular, by members of the professoriate. In the young Joseph Ratzinger’s biting words: “They changed wine into water and called it ‘aggiornamento.’” And the wine in question is the very essence of the faith, clearly and repeatedly professed by the Council: Jesus Christ.

Faggioli does commend the young Ratzinger’s commentary on the Dogmatic Constitution on Divine Revelation, Dei verbum. He says this commentary offers “a dynamic, fecund view of theological truth.” But the older Benedict never swayed from the younger Ratzinger’s commitment to Dei verbum and its confession of God’s eternal Word made flesh. Almost fifty years after the council, Dei verbum inspired Benedict’s remarkable pastoral-theological achievement: his trilogy Jesus of Nazareth, whose goal is to foster “a personal relationship with Jesus.” This Jesus is, in the teaching of Dei verbum, “both the mediator and the fullness of all revelation.”

The lasting legacy of Benedict XVI is his discernment that all the documents of the council—whether they address revelation or liturgy, the identity of the church or its mission in the modern world—are Christologically structured, saturated by the revelation of God’s love in Jesus Christ. Benedict’s creative fidelity to the council is nowhere so evident as in his insistence, in and out of season, that the living person of Christ is the Truth upon whose foundation the church stands, and without whom it falls into infidelity. The ultimate calling of the people of God is therefore to realize its true identity and achieve its full stature as the very Body of Christ.

The Ecclesial Vocation of the Theologian