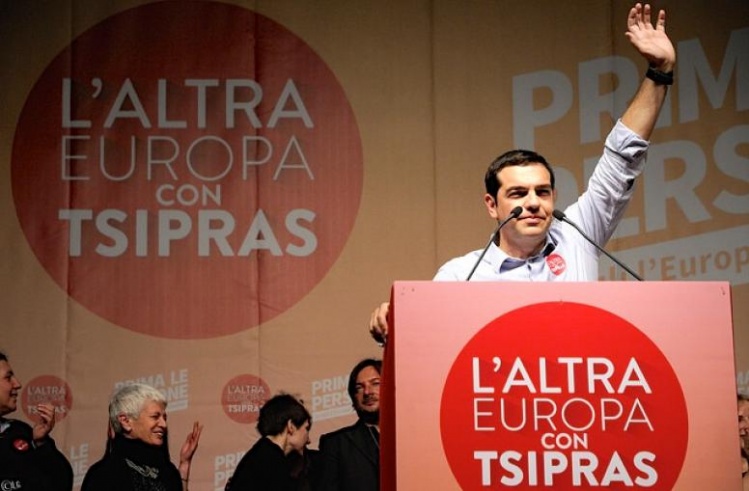 The European Union can see a ribbon of the light of dawn upon the horizon. Years of trudging through an economic slough of despond, guarded by German warders, have left the states of the European Union’s south near to despair. This is true of France, a rich center of high-tech industry before the Wall Street-induced crash. It now must depend more heavily upon its luxury and fashion sector to keep the German-indoctrinated International Troika appeased, stern supervisors from the IMF, European Central Bank and European Commission, who speak only the language of Austerity, itself a dialect of German. Francois Hollande, France’s president, is unable to speak Austerity, as he has painfully demonstrated since his election.

This nonetheless has been the common language of the modern international economy, but is under attack now by the new interpretation of wealth accumulation and finance of France’s Thomas Piketty and the neo-Keynesian views of the latest generation of economists, led by the indefatigable Nobel laureate and columnist Paul Krugman.

The Italian head of the European Central Bank (ECB), Mario Draghi, has just departed from the bank’s previous monetarist orthodoxy by issuing a near-three-trillion-dollar quantitative easing package, to general outrage in Germany. The Greeks, who’ve just elected a new government, are outraged that the Germans should be outraged, as to a lesser extent is the EU’s belt of Mediterranean members, the main victims of austerity.

As any politically sophisticated Greek will happily tell you, whatever modern Greece’s notorious failures and corruption in fiscal matters, and the irresponsibility and tax evasion of Greece’s business and social elite, Germany in modern times has been far and away the greatest burden upon the taxpayers of other countries—not least by twice destroying by war much of Europe’s industry, cultural inheritance and social structure in the 20th century.

As Gillian Tett of London’s Financial Times has recently noted, Germany has benefitted from national debt bailouts from the international community in 1924, 1929, 1932, and 1953. It definitely is not politically correct today to say this, but nearly all of that debt was acquired in pursuing, or recovering from, two savage world wars for which Germany was responsible. The journalist was quoting the economic historian Benjamin Friedman, who added, apropos of Greece today, that “there is ample precedent within Europe for both debt relief and debt restructuring.... There is no economic ground for Germany to be the only European country in modern times to be granted official debt relief on a massive scale, and certainly no moral ground, either.”

A Greek is also likely to ask why Germany has never paid reparations for the terrible economic and social regime imposed on Greek society during the Nazi occupation of the country. He might also ask—a favorite subject!—where is Greece’s pre-Second World War stock of gold, allegedly stolen during the war and never returned?

Few recall today that Greece was plunged into civil war during and immediately following the war by its own Communist Party, the KKE, sustained by Tito’s Communist Yugoslavia, Albania, and Bulgaria, and until Stalin’s break with Tito in 1948, by Soviet Russia. Following that, the country was not left in conditions favoring Marshall Plan reconstruction. Then came the Greek colonels’ junta, favorites of Washington, dictators of Greece from 1967 to 1974.

The plod of austerity is rejected today by Greece’s just-elected Syriza Party. The party will rule in coalition with the small center-right and sovereigntist To Potami Party. This is a coalition of great political interest in Europe’s present political climate, because Alexis Tsipras’s Syriza Party comes from the radical left—whence also come the dissident Socialist left-wing opponents of France and Italy’s Socialist governments.

There and elsewhere there are parties or movements hostile to EU membership, demanding national sovereignty and freedom from Brussels. Among the more flamboyant are France’s Marine Le Pen and Britain’s Nigel Farage, whose UK Independence Party is a serious threat both to David Cameron’s Conservatives and the Labour opposition in elections this spring.

The most interesting question facing the European Union in coming months thus is whether the ECB, the Troika, the EU, and the international creditors who hold Greece’s debt can come to an agreement. If they cannot—and such extraordinary measures as have benefitted Germany in the past will be needed—the future of the EU will be in jeopardy. Those favoring “Brexit” and “Grexit” will be in the saddle. A new Europe could follow.