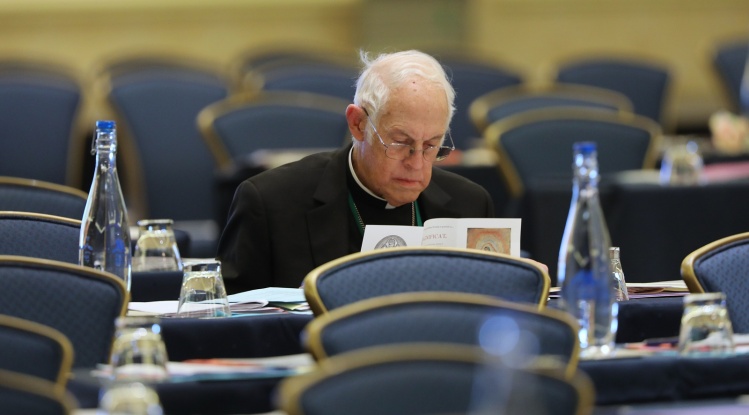 The 2019 fall gathering of the U.S. bishops in Baltimore lacked the drama of last year’s meeting, where a breakdown in communications between the USCCB and Rome on addressing the sex-abuse crisis was visible for all to see (an embarrassment for which the official explanation contradicts the well-documented history). This time around, the bishops avoided major public missteps and everything appeared to go according to plan. They approved the revised document on strategic priorities for 2021 to 2024 (evangelization, vocations, life and dignity of the human person, the protection of children). They elected the new secretary for the conference, as well as a chairman of the committee for religious liberty, and chairmen-elect of five additional standing committees. They tapped Bishop Andrew Cozzens to succeed Bishop Robert Barron as chairman of the committee for evangelization; Cozzens, the auxiliary bishop of St. Paul-Minneapolis, is known for his sympathy toward the neo-traditionalist Priestly Fraternity of St. Peter and the Latin Mass in the pre-Vatican II rite. And there was the election of a new president: Los Angeles Archbishop José Gómez, who becomes the first-ever Latino to hold the position. The new vice president is Detroit Bishop Allen Henry Vigneron, who, if elected president three years from now, would turn seventy-five during his tenure and would therefore have to submit his resignation to the pope.

The elections underscore the fact that bishops from the John Paul II and Benedict XVI eras remain the majority of the conference and its center of gravity. This was also apparent in the heated debate over preparation of the Faithful Citizenship guide for the 2020 elections. A small group of bishops, who like Francis believe that teaching on abortion should be presented in the larger context of life issues (including climate change and poverty), sought to include a paragraph from the pope’s encyclical Gaudete et exsultate expressing this idea. The proposal was rejected. Instead, the majority approved five short video scripts and a brief introductory paragraph identifying abortion as the “preeminent priority” for the coming election year. This is far out of tune with the political thinking of many voting Catholics, for whom the issues of immigration, the care for creation, and economic justice—not to mention the Trump presidency itself—also loom large. In some ways, the coming election is about just what kind of Christianity the U.S. Catholic church will choose to embody in a changing America. The majority of the bishops gathered in Baltimore seemed to evince no awareness of this.

Nor did they seem to appreciate the polite yet pointed criticism delivered by U.S. papal nuncio Archbishop Christophe Pierre in his opening speech to the conference. In encouraging bishops to honestly assess the progress of the new evangelization, he said the following: “While there has been a strong emphasis on mercy by the Holy Father, at times, paradoxically, people are becoming more and more judgmental and less willing to forgive, as witnessed by the polarization gripping this nation.” He made clear—in his diplomatic way—that it has not gone unnoticed that many U.S. bishops have largely ignored the two most challenging documents of Francis’s teaching: Amoris laetitia and Laudato si’. Their cool reception to Pierre seems another indicator of their unwillingness, or inability, to engage with our times.

The USCCB also ignored the remarkable, and remarkably important, speech that San Diego Bishop Robert McElroy delivered at St. Mary’s University in Texas a week prior to the Baltimore gathering. That speech was nothing less than the U.S. equivalent of the “magna carta” of synodality that Pope Francis delivered in October 2017 on the fiftieth anniversary of the institution of the Bishops’ Synod by Paul VI. McElroy made the most powerful case so far for the establishment of a synodal process for the U.S. church, basing it on his stark diagnosis of the state of the ecclesial communion. “It is my reluctant conclusion that the church in the United States is now adrift on many levels,” he said, “and that a fundamental moment of renewal is needed. A synodal pathway would be an opportunity to set that type of renewal in motion.” At the same time, McElroy expressed hope that such renewal is possible, citing the “significant dialogical process” demonstrated at last year’s Fifth National Encuentro of Hispanic/Latino Ministry. “Such a synodal pathway is not foreign to the church in the United States, nor is it beyond our capacities,” he said. We can stick with the status quo, he said, or choose a new approach. “The great danger is that our ecclesial life is becoming like our political life—polarized, distorted, and tribal. That is why a deep and broad process of synodal dialogue within the Catholic community in the United States could empower an alternative pathway forward.”

Synodality has been seen on the local level in the United States—in San Diego in 2016, for example—and in June the Archdiocese of St. Paul-Minneapolis began a two-year synodal process leading toward a final celebration on Pentecost weekend in May 2021. But otherwise the U.S. church is far out of step with other churches in the west. Just the idea of a national synodal process, or even of a national plenary council, seems inimical to most U.S. Catholic leaders. And it’s not just a problem of politics. There seems to be a lack of familiarity with the theological concept of synodality itself. (Consider, for example, comments from Philadelphia Archbishop Charles Chaput in a recent interview: “I don’t think anybody has a clear idea because there’s no definition of [synodality]. There’s no Church documents in the West that explain it. It’s really an Eastern Church concept more than one that we’re familiar with…”) But it’s not as if American theologians are experts either. Search online for books or monographs on synodality in English, and only a handful of articles in specialized academic journals turn up. This is one of the prices to pay when a generation of Catholic lay professional theologians turns away from the study of ecclesiastical institutions in favor of anthropological, sociological, and cultural studies.

It was also instructive to view the Baltimore gathering in light of the Synod for the Amazon held in Rome just a few weeks before. Under Francis’s leadership, the Amazon Synod became the place for ecclesial and theological tensions to meet head-on and be brought into synthesis, through a celebration of synodality and the Eucharist, in a spiritual setting. There was no live-stream of the proceedings, and only limited press access. By contrast, the Baltimore meeting perfectly embodied the poisonous, deeply damaged ecosystem of online American Catholicism: live-streamed, unfolding “transparently” according to a carefully conceived communications strategy meant to generate commentary and reward the “loudest” Catholic voices online. The church is no longer torn between the old monarchical model and the modern democratic model; now, it’s split over living synodally in real places with real people, and adherence to a media and communications model meant to help preserve the status quo. Remember Plato’s warning to Athenians who’d become consumed by the culture of theater about the incompatibility of orthotes (uprightness) with doxa (superficial opinion). When all an ecclesial assembly is is theater, it makes little sense to watch.

The dominant impression left by the Baltimore meeting? That in spite of occasionally sincere, sometimes ritualistic, expressions of communion with Rome, the effort to neuter Pope Francis’s message in the United States continues. The American church is not only adrift, but also increasingly alone in the world.

A Pope with ‘Both Feet in History’ 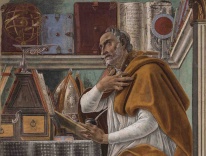